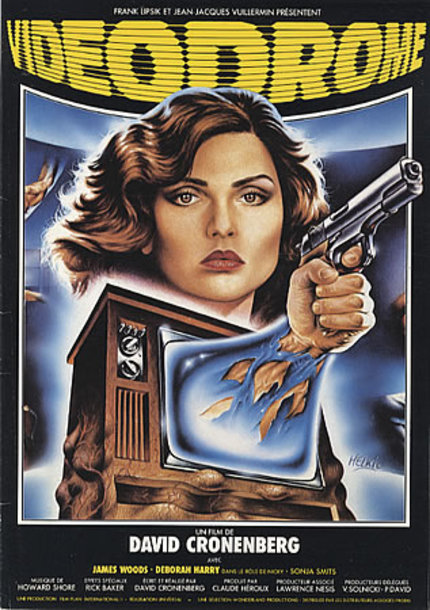 The first rumblings of a planned remake of David Cronenberg's Videodrome began to circulate all the way back in 2009, rumblings that most people tended to brush off at the time because, hey! It's Videodrome! And Videodrome is clearly too weird for a major studio to take interest in, right?

And for the next couple years there was silence on the matter, encouraging people to believe that their initial response was correct. Well, no more.

Universal have attached commercial director Adam Berg to direct the remake from a script by Ehren Kruger, who is also on board as a producer. There is no word who will replace original star James Woods.

This will be Berg's feature debut but he has been in high demand for quite some time now thanks to a string of award winning commercials and short films. You want a taste? Check out Carousel below.
Tweet Post Submit

Do you feel this content is inappropriate or infringes upon your rights? Click here to report it, or see our DMCA policy.
David CronenbergJames WoodsSonja SmitsDebbie HarryPeter DvorskyHorrorMysterySci-Fi