Sunday, October 11, 2015 -- Just beyond the surf and the sand, the lights dim inside a movie theater. Then comes the digital coo of a projector and one final round of images thrust upon the screen for the audience to behold. And so it went that the 2015 Aruba International Film Festival came to a close.

On hand for the One Happy Island's annual celebration of both Caribbean and international cinema, I experienced many exciting moments both onscreen and off. For more impressions on the island of Aruba and of opening night please be sure to go back and read my festival diary and my Q&A with programming director Aaron Hose.

What follows are a series of capsule reviews of all the feature films I saw during AIFF 2015, news on the awards and events, plus my final impressions on the island, the festival and many of the people, from near and far, I met during my wonderful visit -- until next year... 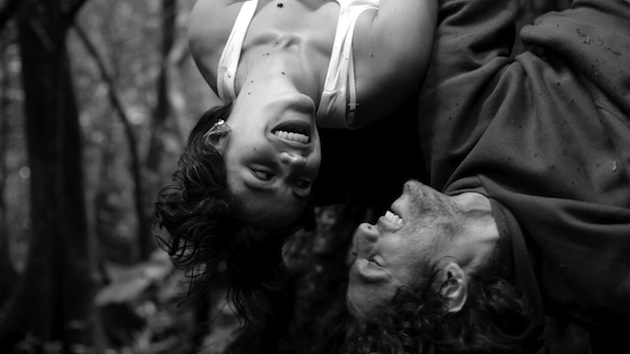 One of my most anticipated titles at AIFF 2015, director Paz Fabrega did not disappoint in the slightest, and her second feature is one of the indie film world's best discoveries of 2015.

Effortlessly witty and sensual with an easy charm that slowly evolves into a deep reflective wonder of true selves, or perhaps shadow selves, Viaje charts one of those romantic chance encounters that could either be fleeting or else life-changing. But unlike many of their modern siblings at the cinema Fabrega and her leads Kattia Gonzalez and Fernando Bolaños go beyond that mere notion, and instead offer up the more confounding, perhaps less romantic, and definitely more human notion of "why can't it be both?" 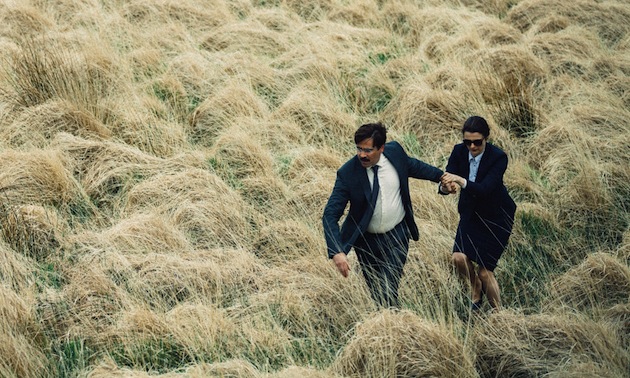 There's no denying the absolutely bizarre details and sheer love that went into the world building of Yorgos Lanthimos' English Language debut. But for me The Lobster fell somewhere on the side of admiration rather than love, which was something I was hoping for with this satirical romance about a newly single man who, per the rules of his society, must find a mate in 45 days or else be forever turned into a... lobster.

Call this a case of first half love/second half apathy, I was totally enjoying the strange rituals and monotone humor found in the lives of the singles at the retreat/rehabilitation center. It was once star Colin Farrell escaped into the woods and lived with the loners that the movie revealed the full swing of its social satire. A black and white philosophy that the hotel dwellers and forest people merely operate on two extreme sides of the same coin, equally governed by shallow and trivial rules, shying away from any real emotion and humanity, fascinates as social commentary, but ultimately makes an absolutely funny and often unique film feel narratively inert. As things go, we'll always have the slow motion hunt in the woods: one of the most gleefully cinematic moments of 2015! 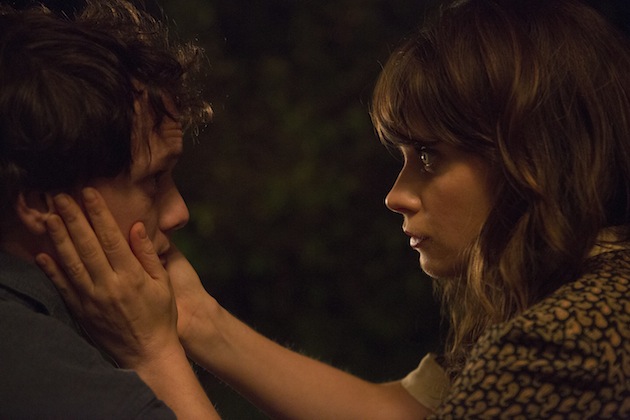 The debut feature from Zachary Sluser, The Driftless Area's moods and machinations fall curiously between a Coen Brothers crime caper, the existential mysteries of a Krysztof Kieslowski film, and the hypnotic bewilderment of Herk Harvey's cult classic Carnival of Souls. Shot by Norwegian cinematographer Daniel Voldheim with a gentle naturalism that hints at the magic of the day, Sluser and his actors craft a sonnet for the breath one takes right before definition. 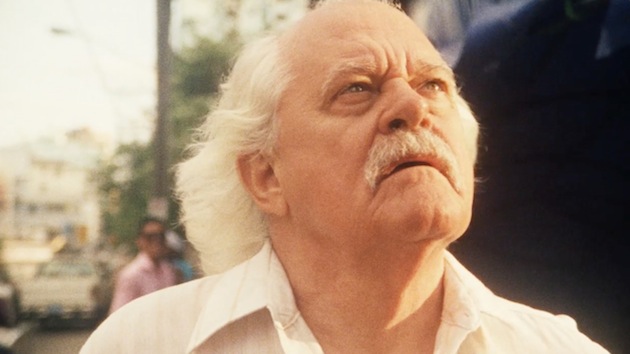 An impressionistic mosaic of music and memory, Ben Chace's feature may be the first American film to be produced in Cuba since 1959, but is oh so at heart a Cuban picture. Bubbling over with the dreamy charm of a Havana on the tides of change, Sin Alas follows Luis, a former journalist, as he revisits a past love affair with a ballerina, and even further back into his childhood pre-revolution.

While it took a while to find smooth footing on the story end, especially with the supporting characters in present day, there's no denying that the luscious sights and sounds of Cuba and its people are a feast for the senses, with cinematographer Sean Price Wiliams doing some of his best work yet on Super 16mm. Chace's filmmaking carries with it a tinge of neo-realism and docudrama, with a hint of magical realism, making it quite hard not to fall under the colorful spell of Sin Alas 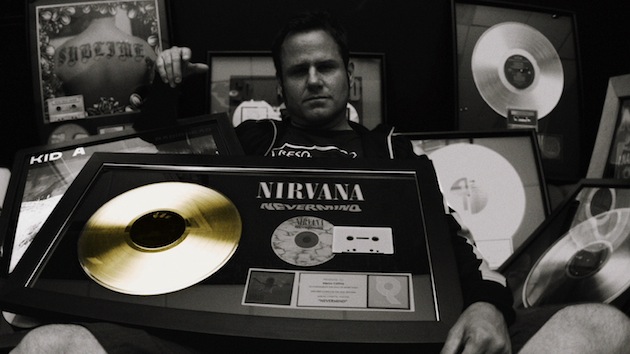 THE GLAMOUR AND THE SQUALOR

Music docs are a dime a dozen. Bios even more so. It is then with great pleasure that I can say the music bio The Glamour And The Squalor, Marq Evans first effort as a documentarian, has a vibrant heart beating at its core.

That heart belongs to Marco Collins. Once a Seattle based DJ who was integral in the careers of many 90s rock and electronic acts (he was the first person to play Eddie Vedder's band Bad Radio on air, as well as Harvey Danger), The Glamour And The Squalor charts Marco's life from his early days as a gay teen in a small town, to his heyday in the music industry and the still-unfolding substance abuse he lives with.

A movie about the ever phantom presence of approval and being your own worst enemy, Evans' use of animation, reenactments and archive footage along with talking heads of 90s rock greats may sound something to be wary of on paper, but the film pulls it off thanks to the inherent DIY, hodgepodge aesthetic and approach of a creative like Marco. The film also has a message about the need for direct and human curation in the arts, and especially in an age where we have access to everything to the point of nothing -- which is something I can totally get behind. 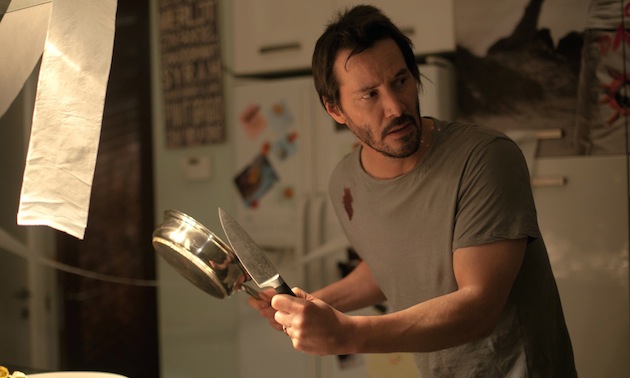 While Eli Roth may be wanting to talk about the sexualization of girls at an exceedingly young age with his latest picture, the man just can't escape the juvenile misogyny that has plagued him for much of his career.

Knock Knock's efforts begin in earnest, skewering and subverting genre, but ultimately falls into a "bitches be crazy!" motif that flatlines the wink-wink nature of what came before. At any rate, we'll always have Keanu Reeve's divine line reading of "Chocolate with sprinkles! My favorite!" 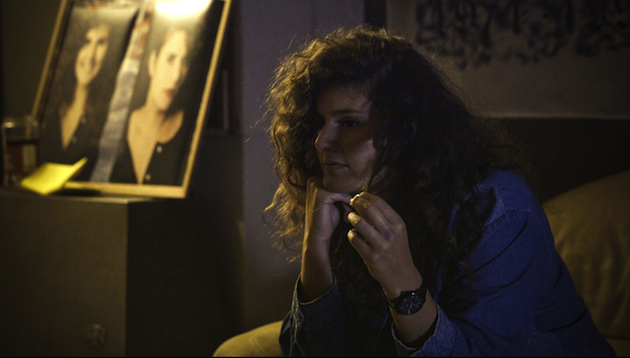 Building A Community Of Filmmakers: AIFF 2015 Events And Awards

With their Caribbean Spotlight and Aruba Flavor series, one of AIFF's larger aims is to strengthen local and regional ties and support for filmmakers, offering the festival as a hub for creatives from the island and its neighbors to meet in earnest and grow as storytellers. The fest features workshops and industry talks with industry vets and upstarts alike, including this year's engrossing hour with Dallas Buyers Club producer Cassian Elwes, and the in-depth conversation I hosted with director Zachary Sluser for a roomful of inquisitive filmmakers eager to hear how he made his first feature The Driftless Area.

Many of the awards given out during the fest, including the double win for Shamira Raphaela's documentary Deal With It reflect this commitment to fostering young artistic endeavors across the Caribbean, but also as far away as Germany and Slovenia.

Best International Feature – EEN DAG IN ‘T JAAR/12 MONTHS IN 1 DAY (Netherlands):  Coping with the loss of their brother, old friend and first love, three friends delay time: while they experience their continuous walk to last only 24 hours, in fact an entire year passes.

Best Feature Documentary – WAR OF LIES (Germany):  Was Rafed Aljanabi really able to walk over the world ìs most powerful intelligent agencies? And how exactly did his lies become a convenient truth?

Best Caribbean Spotlight Series Film – DEAL WITH IT (Netherlands/Aruba):  In this intimate family portrait, we enter the chaotic and colorful world of Shamira’s father Pempy, a drug dealing addict, and her brother Andy, who’s following in his father’s footsteps. They both counter their seemingly desperate lives with lots of resilience and humor.

Best Aruba Flavor Film – ALTO VISTA (Aruba)  Souls trapped in the moment, searching for love, satisfaction and forgiveness. Alto Vista is a place that not only unites a family but also divides them, repeating their past and reflecting their future.

Special jury mentions were given to the following films:

SIN ALAS/WITHOUT WINGS (USA/Cuba): Sin Alas follows the tumultuous life and love of Cuban writer Luis Vargas as he chooses the excitement and possibilities of the revolution over the wealth of his dysfunctional family.

THE GLAMOUR & THE SQUALOR (USA):  Marco Collins was the on and off switch for an artist’s potential career and was the gatekeeper credited for helping break the likes of Nirvana, Pearl Jam, Beck, Weezer and countless others.

POT V RAJ/SAILING TO PARADISE (Slovenia): A young man struggling with the death of his parents meets an extroverted girl who joins him on his sailing trip.

SOUCOUYANT (St. Lucia):  In the small Caribbean island of St. Lucia lives an ancient spirit. Soucouyant, as she is known, cannot be contained, captured or killed. 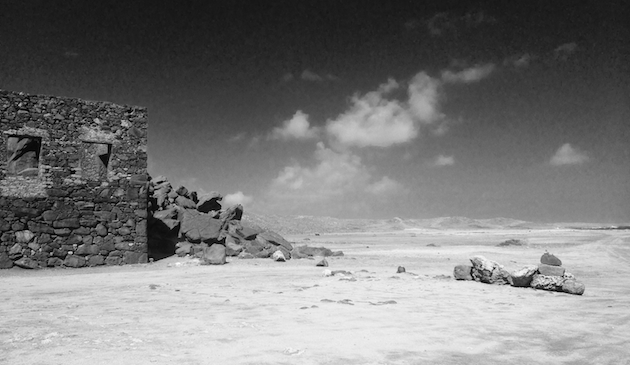 Though they are called film festivals, such events are often just as much about, if not more so, the people you meet in between the cinematic happenings. Whether they be local audiences, festival staff, or the filmmakers themselves, this is where the real flavor of a film festival comes out and Aruba is no different, but unusually special.

AIFF is community-minded and small enough to sustain a family atmosphere that makes it easy to enjoy not only the films, but the island at large, with your fellow cinephiles and creatives. If I had the entire group's permission to do so the image above would be of some of the smiling faces I met along this beautiful (and balmy) journey, rather than one of my black and white landscape shots of the island; this one at the Bulashi Gold Mill Ruin (if you want to flatter me, then please check out and follow on Instagram)

We live in a strange moment for independent cinema. While it is easier to make a movie now more than ever, it is becoming increasingly difficult to make a living doing it (the same goes for critics). Film Festivals like AIFF offer spaces to network and grow, to celebrate and collaborate without the stress of three-ring circuses like Toronto. It is a young fest, but with the friendly disposition this island nation emanates, is in a prime position to create a sustainable if big-minded event that not only supports local filmmakers, but creators the world over.

For this final line it goes back to the people. My coverage of the festival, and time spent exploring this lovely desert island, would not have been possible without the good graces of programming director Aaron Hose, festival co-founder Jonathan Vieira, and the indomitable PR team of Hilda Somarriba and Justin Cook. Nor would my time at the theater and adjacent events be as good as they were without the hard work of Rebecca Roos, Jolien Merks, Davinia Croes, Guido Van Raalte, Hubert Borst and the rest of their staff. Also, when a foreigner in a new land, always be sure to thank your drivers; so three cheers for Andy, Dexter and Germond, all guys who in fact do much cooler things for a living than merely carting Americans around.