Review: INSIDIOUS: CHAPTER 3, Less Than What Came Before 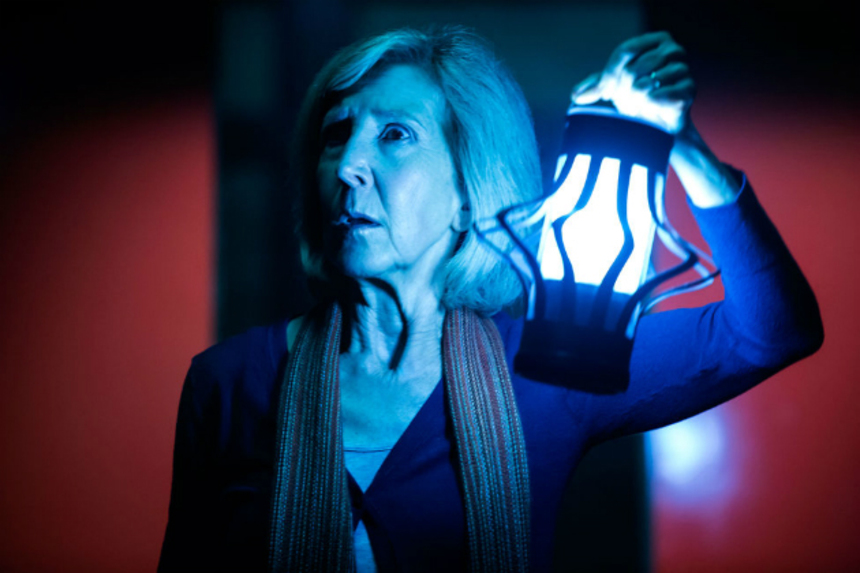 As with the first two films in the series, Insidious: Chapter 3 delivers a very audience-friendly experience, which bolsters a tepid movie that is only occasionally effective.

Writer Leigh Whannell, making his directorial debut, includes an abundance of moments intended as jump scares, which proved very effective at the screening I attended. Whannell, who initially made his mark with Saw more than a decade ago, proves adept as a director in creating a quiet, creepy atmosphere, very much in the fashion of the first two installments, directed by his longtime collaborator James Wan.

Taking place "a few years" before the haunting of the Lambert family depicted in 2010's Insidious, the prequel begins with teenage Quinn Brenner (Stefanie Scott) visiting psychic Elise Rainier (Lin Shaye) at her home. Moved by the young woman's pitiable yearning to speak with her dead mother, Elise attempts to make contact, but things quickly become unpleasant and Elise sends the girl away with a stern warning not to try again.

Naturally enough, Quinn doesn't listen to her, and, due to her inattention to ordinary life, soon ends up with two broken legs. Not long after that, she is haunted by an unpleasant ghost, to the consternation of her befuddled father Sean (Dermot Mulroney). Sean can't see the ghost itself, though the ghost's muddy footprints finally convince him that something is up, and he begs Elise to help. Insidious: Chapter 3 appears to have been constructed as a low-budget opportunity for Whannell to direct -- the action is restricted (basically) to two locations with a small number of actors -- and also as a showcase for Lin Shaye. Given the rare chance of a lead role, the actress makes the most of it, demonstrating great confidence as a ghost hunter with no fear of the unknown. And, as already noted, Whannell does a fine job as director.

The weakness in the third installment is Whannell's script. Really, there's little left to explore in the supernatural plane that is an integral element of the nightmares on display, and relatively little at stake for the Brenner family or their friends and neighbors. Quinn's younger brother (Tate Berney) remains on the periphery, and her best friend (Hayley Kiyoko) and a possible love interest (a neighbor boy) mysteriously disappear about halfway through.

That should leave the way clear for Elise's backstory to come to the fore, yet Whannell keeps that pretty sketchy, juggling it along with the less essential Brenner family tale that feels all too familiar, as well as making space for the expected jump scares. It adds up to an extended setup for the first movie.

The movie is pleasant enough to watch, especially in a theater filled with overly-anxious viewers who overreact to any minor-chord music cue, but the story is too ill-defined and the characters too thin to make for a compelling thriller.

The film opens wide in theaters throughout North America on Friday, June 5.