INSIDIOUS Sequel In The Works. Scare Everyone. Surprises No One. 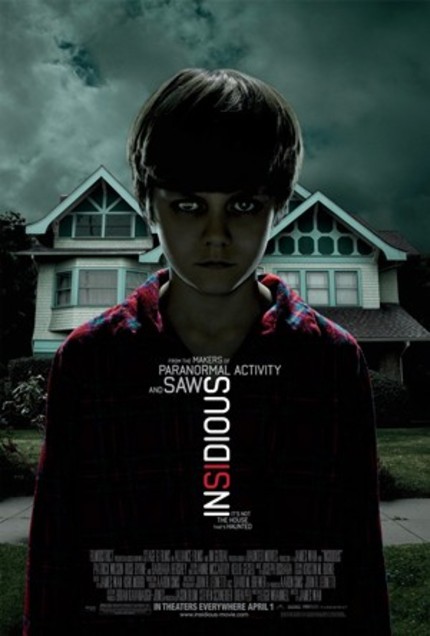 It is hard to argue with success. Insidious, the little horror film that could, proved to be a very, very profitable venture. Created for a mere 1.5 million dollars the film went on to pull in nearly 100 million worldwide. So it is no surprise that a sequel is in order.
Creators James Wan and Leigh Whannell will return in their respective roles, director and writer.

"Insidious was the most fun project I've ever worked on," Whannell said in a statement.  "From start to finish it was an absolute joy--from the writing of the screenplay, all the way to the first screening of the film at the Toronto film festival.  I believe that James Wan and I achieved what we set out to do--create a horror film for horror fans...Both of us feel that we can mine more terror from the world we created and know that if we assemble every member of the original team, we will have an amazing continuation of the story for fans of the first film."

No word yet if any of the original cast will return.
Sign-In to Vote
Tweet 0 Submit

via THR Heat Vision
and Deadline

Unsurprising but unfortunate. Insidious was as insipid and uninspired as it was horrible to look at. A collage of scenes ripped from better horror movies punctuated with jump scares and loud musical stings, this is a horror movie of all mechanics and no heart. The 'astral plane' looked like a B movie from the 80s and the monster looks like Darth Maul with cloven hooves. The only thing insidious about Insidious is the way Whannell and Wan seem to have convinced people that they know what they're doing. Go watch Drag Me to Hell instead.