My, my, how does time fly... It seems like yesterday that I walked into a Dutch theater and watched Pulp Fiction for the first time, the audience literally rolling over with laughter as John Travolta's Vincent Vega described his adventures in Amsterdam. And now we're all a full two decades older already.

Distributor Lionsgate Home Entertainment UK Ltd. noticed the anniversary as well, and has re-released Pulp Fiction in a Deluxe Box edition. So... what's in the box? Trinkets, mostly, and of course the film itself, the disc of which features a fine transfer (albeit region B only) and is stacked with extras.

But this article is, of course, about the packaging... Check out the gallery below, and you can flick through the images by clicking the edge of them, or sometimes get a bigger version by clicking at the center of them. 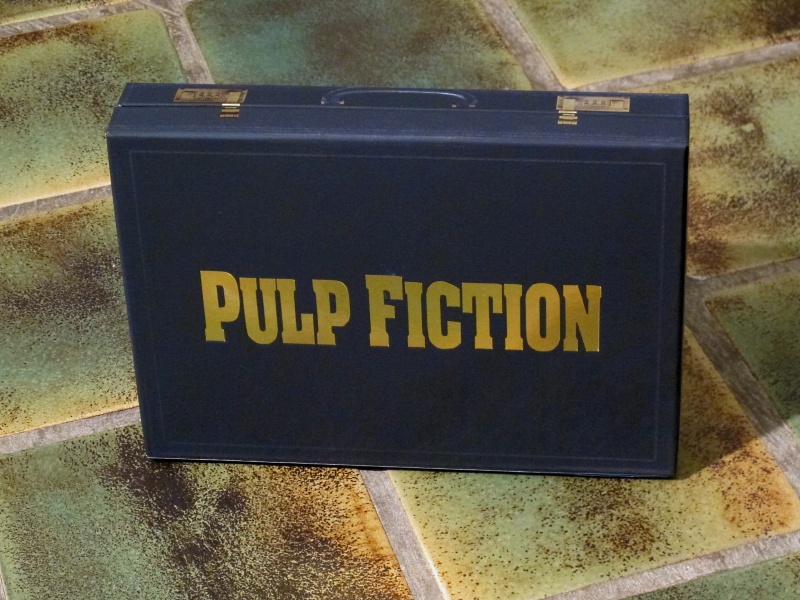 And here is the box, looking like the mysterious briefcase Vincent and Jules were sent to retrieve. 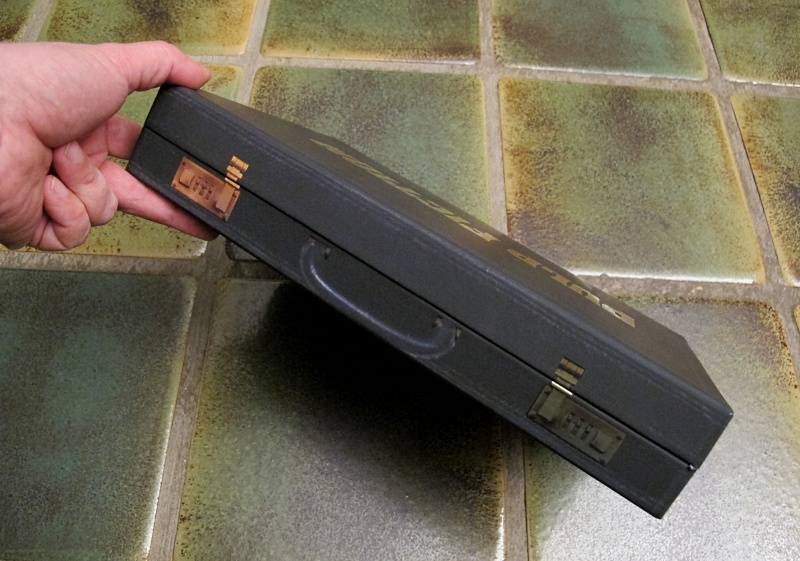 The metallic embossing is kick-ass, the locks in particular look convincing even though they are totally fake. 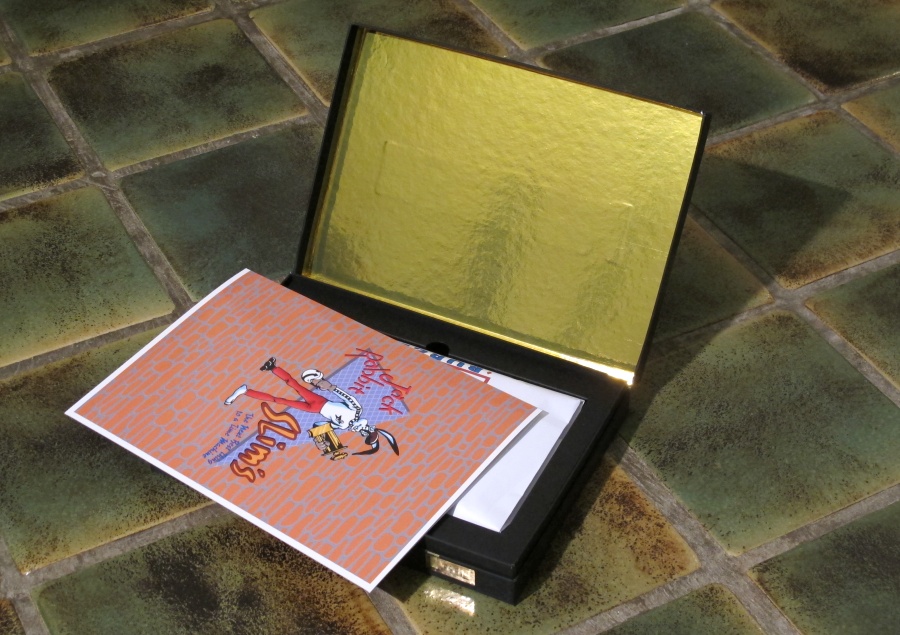 The box, opened. The inside of the lid is entirely covered in gold foil. This means that, with a flashlight, you can copy the iconic John Travolta shot where his face bathes in yellow light as he opens the briefcase.

And yes, I know it works because I tried it myself, heh... 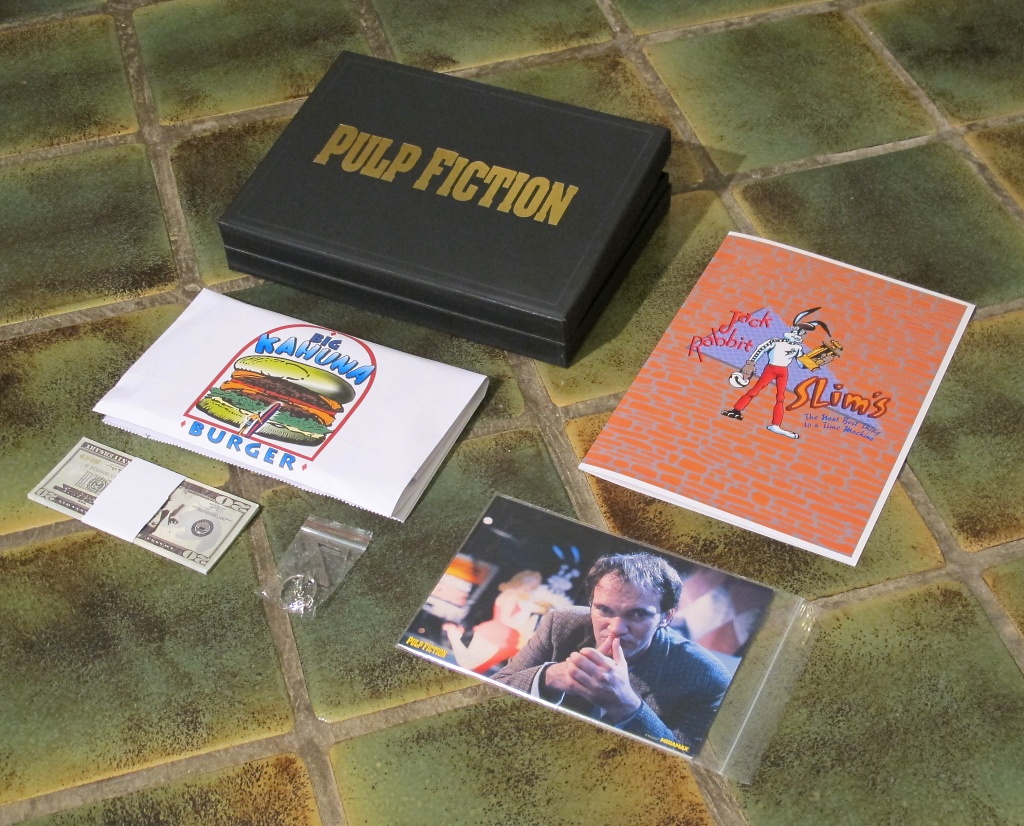 The contents taken out. These are: 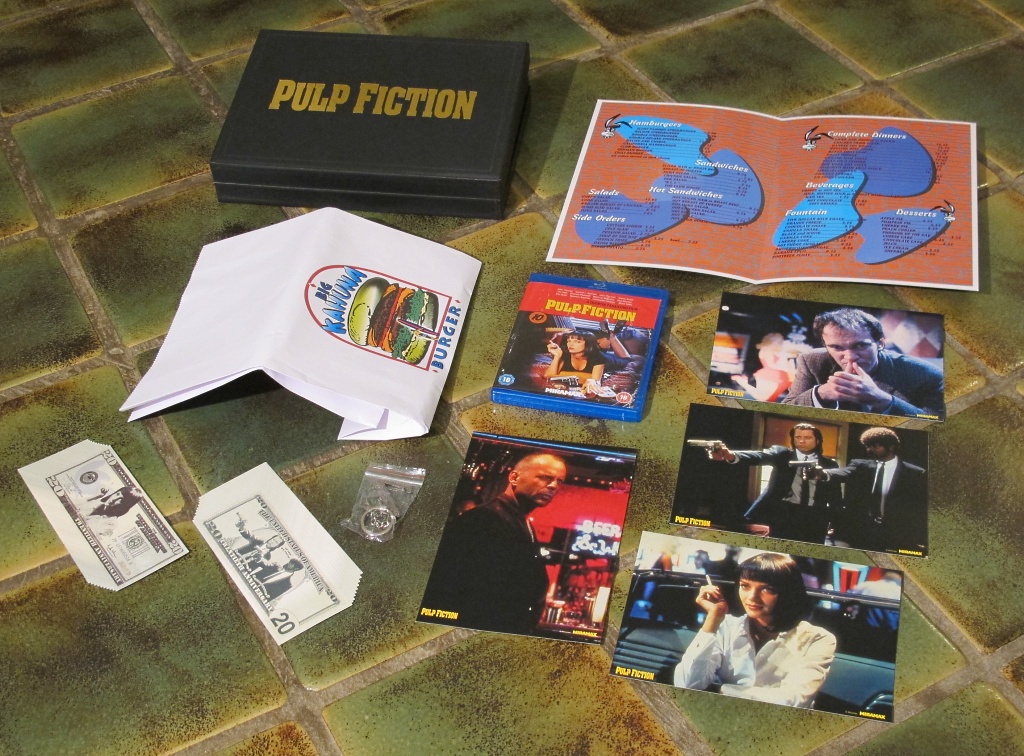 The paper bag and the gold lining on the box make me giggle. 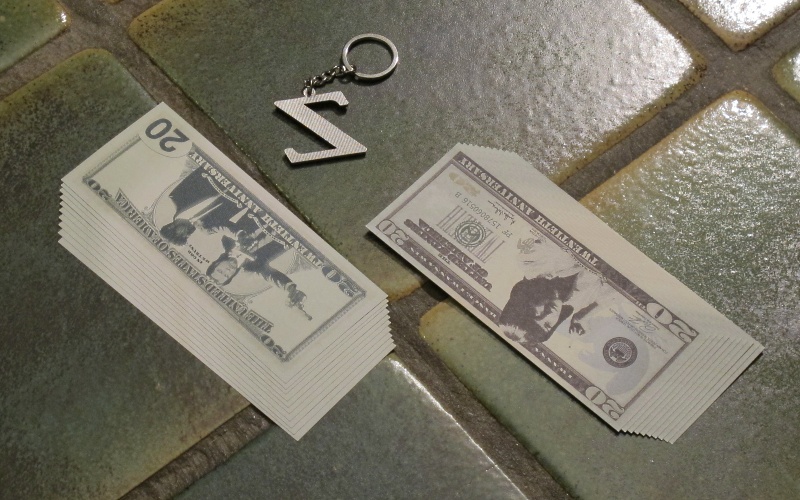 Finally, a closer look at some of the items: the keyring and the money. One side of the bills features Uma, the other side John and Samuel.

A booklet or such would have been nice, though to be honest most of the backgrounds are covered on the disc itself already. With that in mind, this is definitely a fun bit of packaging.

Do you feel this content is inappropriate or infringes upon your rights? Click here to report it, or see our DMCA policy.
home videopretty packagingQuentin Tarantino