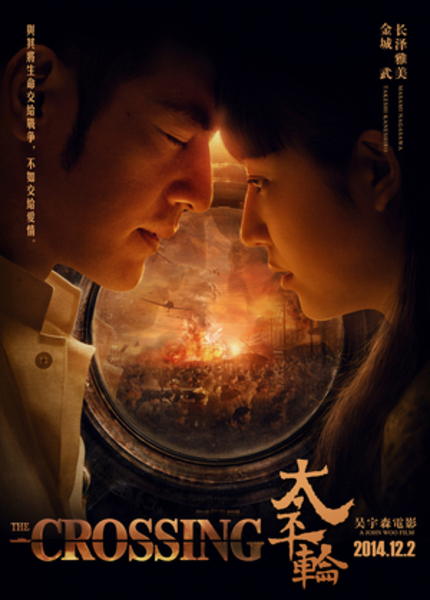 Director John Woo returns in true Titanic fashion with his most ambitious film project since the war epic Red Cliff in 2008.
Judging by the first trailer for the two-part period drama The Crossing, it seems he spared no expense to bring his vision to the big screen. Melody Wang, the screenwriter of Crouching Tiger, Hidden Dragon and Lust, Caution, scripted the story.

Based on the true story of the Taiping ferry that capsized on January 27, 1949 in the Baijie Strait (about 71 miles southeast of Shanghai, China), the film revolves around an epic love stories of three couples, played by Zhang Ziyi, Song Hye-kyo, Takeshi Kaneshiro, Huang Xiaoming, Tong Dawei, and Masami Nagasawa.

The Crossing: Part 1 is scheduled for theatrical release in China on December 2 while Part 2 will follow during May of 2015.  There is no US release date as of yet.  You'll find the trailer and teaser below -- English subtitles included.
Tweet Post Submit

Do you feel this content is inappropriate or infringes upon your rights? Click here to report it, or see our DMCA policy.
Huang XiaomingJohn WooMasami NagasawaSong Hye-kyoTakeshi KaneshiroTong DaweiZhang Ziyi

More about The Crossing