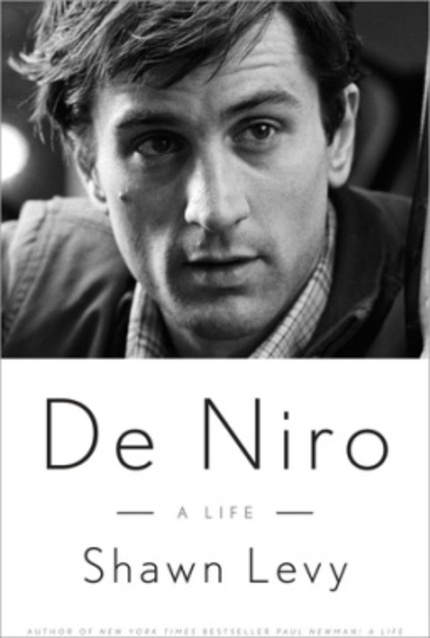 For me, a good writer makes you want to re-watch movies you've seen a dozen times.

That's what Shawn Levy does with De Niro: A Life (Crown Archetype, 2014, 600 pages), a new biography that digs respectfully into the actor's life and provides a fair and balanced context for a film career that began in the early 1960s.

As an experienced biographer -- he's previously written books on Frank Sinatra's Rat Pack, Jerry Lewis, legendary playboy Porfirio Rubirosa, and Paul Newman -- Levy begins with De Niro's parents; his father dedicated his life to his art, while his mother raised him in a bohemian lifestyle in lower Manhattan. An only child, De Niro grew up not quite comfortable; his mother provided for his material and physical needs, but he seems to have been more of an observer than a participant in his early childhood.

From there, Levy traces De Niro's growing attraction to acting -- jut the study of the craft, at first -- and then his full-fledged immersion in the profession. It's difficult now to imagine De Niro hustling for jobs on stage and in independent films throughout the 1960s, but Levy brings that part of his career to life.

"Suddenly he was driven.

"He would audition for almost anything--plays, movies, student projects, commercials. He'd show up, always prepared, distribute head shots and clippings, and mention his experience and schooling if he thought it would matter. He made a job of going out to look for jobs, on his own, without an agent, tireless. 'If you don't go, you never know' became his mantra, and he'd hold on to it for years, sharing it with other hustling wannabes, dispensing it as advice to newcomers once he'd ascended, passing it on to his own children as a family ethic."

Throughout, the well-researched and lively book records and comments on De Niro's performances, life events, and family affairs, sometimes focusing on the films, sometimes focusing on personal matters that became publicly known. Even though De Niro: A Life is "an unauthorized biography," in that De Niro declined interview requests (as did a number of his friends and collaborators), Levy points out that the famously reticient De Niro has given thousands of interviews over the years, and Levy appears to have read them all.

Levy also has decades of experience as a film critic, and so he weaves in his thoughts on De Niro's performances, especially those he considers the cream of the crop, offering fresh insights on familiar titles. This is especially true on titles that I've dismissed in the past, or think less of in general.

For example, I've watched The Deer Hunter multiple times, but never cottoned to the movie's risible, ridiculous fixation on Russian roulette, which derails the whole thing for me. Yet Levy's appreciation of the film, and of De Niro's performance, makes me want to watch it again:

"De Niro is in almost every sequence, and your gaze is drawn his way even when he's in a crowd. It's impossible to conceive of the film without him.

"Fascinatingly, De Niro moves between his three chief co-stars in an embodiment of Michael's personality. ... His philosophy that a deer must be brought down with a single shot, his impeccable preparation for the hunt, his strong belief that the only way to do things is the right way define him and keep him alive and semi-sane, and all of them are embodied by De Niro with a steely certitude."

Beyond cinematic appraisals, however, Levy also looks for the personal connections to De Niro, which are present again and again in the choices he made throughout the 70s, 80s, and 90s. "Why did he choose that one?" can only be answered by the actor himself, but Levy has amassed sufficient evidence to make informed guesses as to what has driven De Niro at different points in his career.

That also guides the latter portion of the book, in which Levy must assess De Niro's many questionable roles in this century. ("Somewhere in his brain--maybe even consciously--a switch had flipped, and he had begun to take a different attitude toward his work.") Acknowledging rather than dwelling upon the negative, he notes De Niro's many contributions to the Manhattan neighborhood that became known as Tribeca, his business acumen, and his turns toward producing and then, intermittently, directing. He also praises a trio of recent films that have stood out for him. 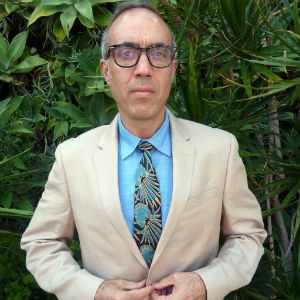 Having read four of Levy's previous books, I feel comfortable in describing De Niro: A Life as his best yet. Levy is, above all, a storyteller, and the book tells an utterly fascinating tale of a lonely little boy who arrived relatively late, yet fully-formed, to film stardom, carving out memorable performance after memorable performance, creating a distinguished career through a combination of hard work, dedicated craftsmanship, and artistic genius.

Levy's fluent, conversational writing is a pleasure to read, making this an extremely easy book to gulp down in big, chapter-sized bites. At the same time, he disseminates a ton of information, gathering together pertinent notes that De Niro scribbled on personal copies of film scripts, excerpts from dozens of magazine articles, books, interviews, and so on and so forth.

If De Niro's star has dimmed over the past decade and a half, that can't possibly detract from what he did before that. As Levy writes in his introduction:

"De Niro may have tried assiduously to keep from revealing who he is, providing only hints and allusions to response to personal questions. Yet, every time he appears before us, no matter the costume, the voice, the name, the story, there he is, stark and plain before the world, a working man, a man of principle, a man of ideals--in short, in full, as clearly defined by the work he has done as by the life has has lived."

The book is now available via various booksellers. I've included links below to Amazon and Random House.

(Full disclosure: I have met Shawn Levy, occasionally exchanged friendly tidbits in person at film festivals, and once even watched him buy and eat a hot dog in Austin, Texas, but that is the extent of our acquaintance.)