Peter Martin
Managing Editor; Dallas, Texas (@peteramartin)
Tweet Post Submit
Producer Guillermo del Toro brings Mexican "Day of the Dead" culture to movie screens in the animated adventure The Book of Life, which opens wide across much of Latin America on Thursday (and North America on Friday). I'm a bit concerned that Channing Tatum (?!) is voicing a character named Javier with a thick accent -- but I'll keep an open mind until I see it.
But that's not all. Eric Ortiz Garcia, our correspondent in Mexico, tells us about a new horror exhibition. Jaime Grijalba Gomez, our correspondent in Chile, reports on upcoming releases, including one that may be Oscar-worthy and another that is (probably) not. And from my apartment in Dallas, Texas, in between checking for news on the Ebola virus (closer and closer it comes), I found a few posters of interest.
More information below. Click through the images to read and see more! 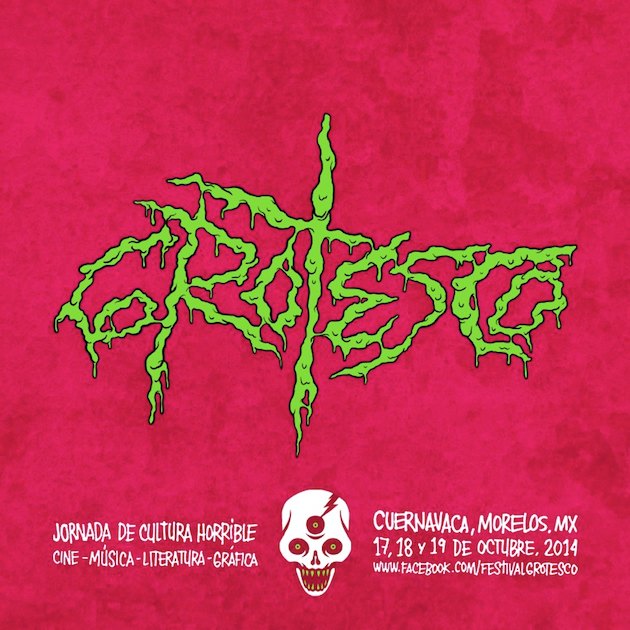 An independent effort headed by Mexican graphic illustrator Guro (who you might know as the poster designer for México Bárbaro), Grotesco (Grotesque) is bringing a taste of horror to the city of Cuernavaca, Morelos (located not far away from Mexico City).

Grotesco is not big as a festival, hence it is being labeled as a cultural conference. Its first edition is ready and starts this very week (Friday, October 17), offering several Mexican short and feature length films, art exhibitions, book presentations, live music, and a cool retro VHS screening.

I always dig this kind of bravado effort, done out of pure passion for the genre, and Grotesco definitely sounds like a nice way to spend a weekend with your friends.

Their programming includes a marathon of Mexican horror films, a double feature on VHS of The Toxic Avenger and Two Evil Eyes, and another double feature for the whole family with Ghostbusters and Gremlins. You can visit Grotesco’s Facebook page for more details. 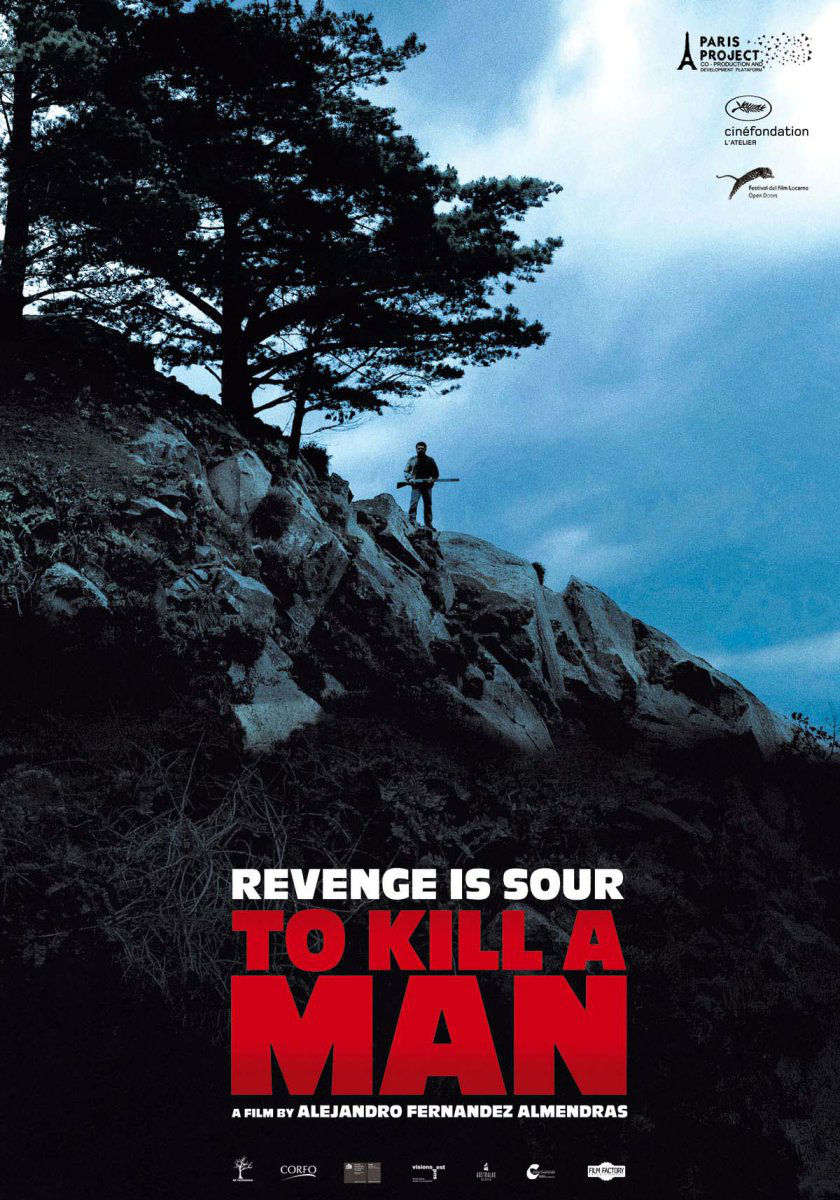 This Week in Chile
Reporting by Jaime Grijalba; written by Peter Martin

Chile has selected To Kill A Man, directed by Alejandro Fernández Almendras, as its entry for the category of Best Foreign-Language Film in the Academy Awards competition this year. Twitch's Ernesto Zelaya Miñano saw the film at the Lima festival earlier this year, concluding:

Obviously, this is not for all tastes; its pacing is as passive as Jorge's demeanor, and it will test the patience of anyone expecting something more akin to Death Wish and others of its ilk. For those willing to give it a chance, they'll find that Almendras has given a fresh spin to an often-trod genre, one that goes much deeper than your average actioner. It's a revenge movie for the art house crowd.

The film opens in Chile later this week.

Also, the winners of the FICVALDIVIA can be seen by clicking right here. 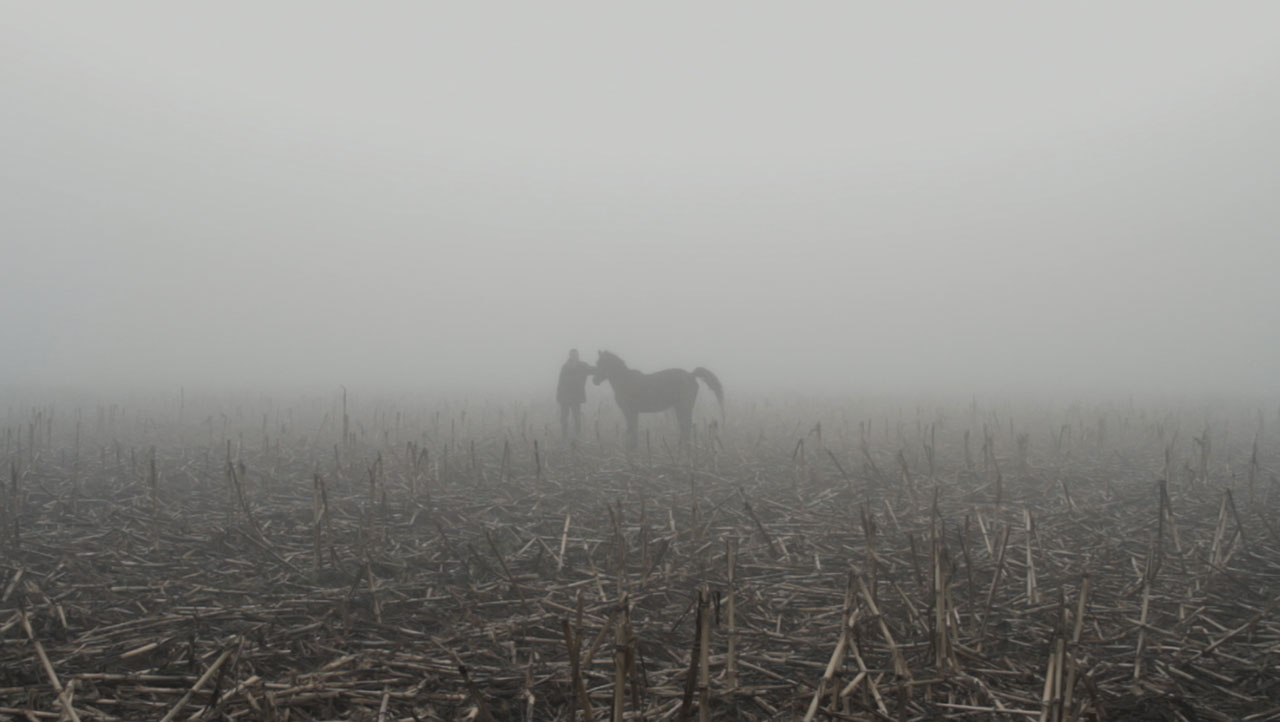 Next week (October 23) sees the release of PARTIR TO LIVE, which at least one person -- Jim Jarmusch -- really likes, although others are far less positive.

Here's the synopsis: "A young aficionado of paranormal experiences attempts to reconstruct the previous moments of what could have been one of these episodes."

You can watch the trailer below, which should give you an inkling as to what may be in store. Beware: strobe light effect near the end. 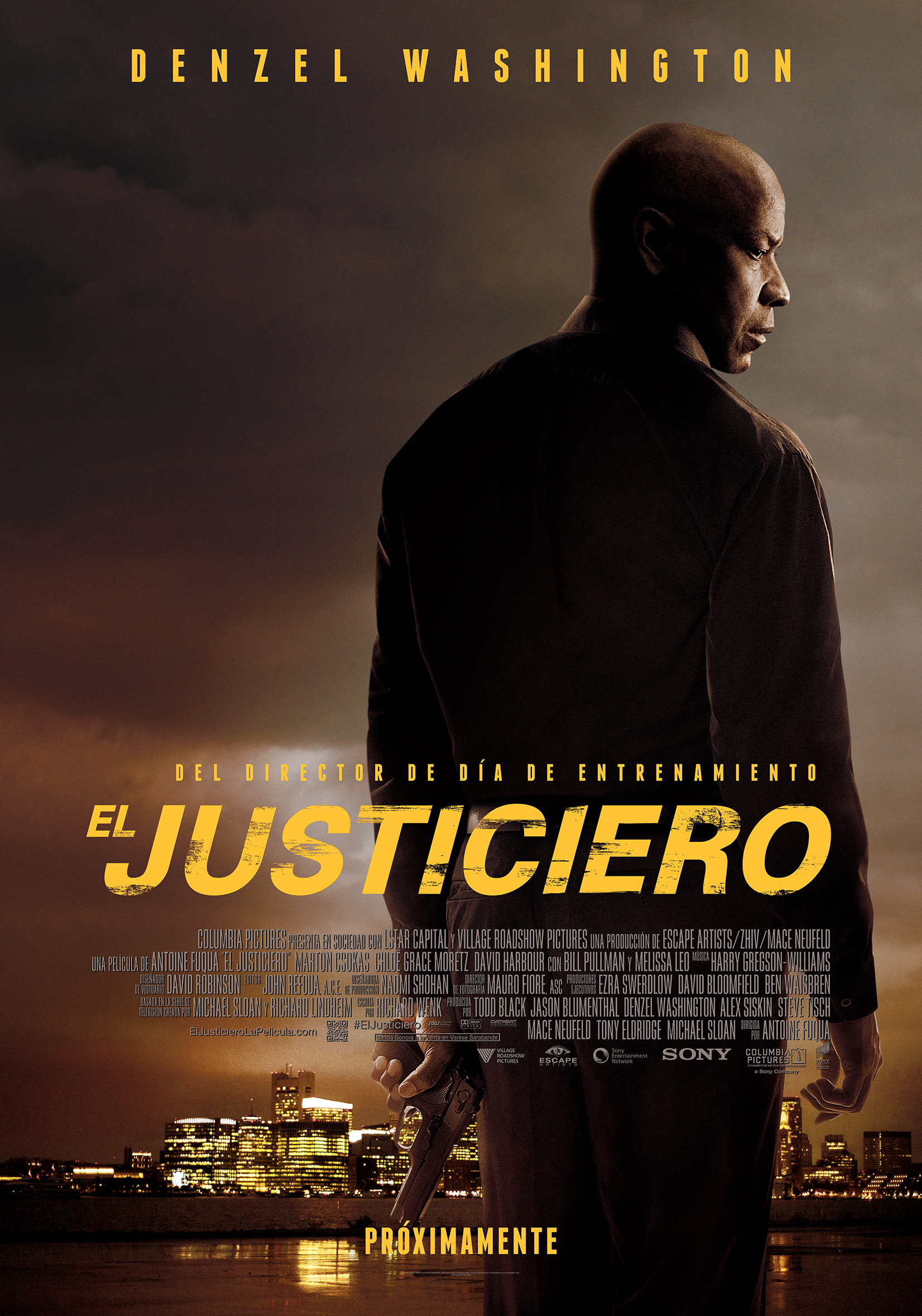 This week's big theatrical release, El Justiciero (aka The Equalizer), stars Denzel Washington as a retired special agent who springs back into action when a young prostitute (Chloe Grace Moretz) is brutalized by her criminal overlords. "Justiciero" may sound like the English word "justice," but in Spanish it has a harder edge than simply doing what's right.

The poster above looks similar to the one in the U.S.; click through to see two other Spanish-language posters that are a bit more blunt.

Other releases from the U.S. this week include The Book of Life (a simultaneous opening with North America) and The Giver, trying to scare up interest after limited interest resulted from the August N.A. release.

Next week sees horror spin-off Annabelle, which has already scored well in Bolivia, Chile, and Colombia; David Cronenberg's Map to the Stars (aka Polvo de estrellas); and, a year after it opened in the U.S., Jason Statham in Linea del fuego (literally, 'line of fire,' aka Homefront). 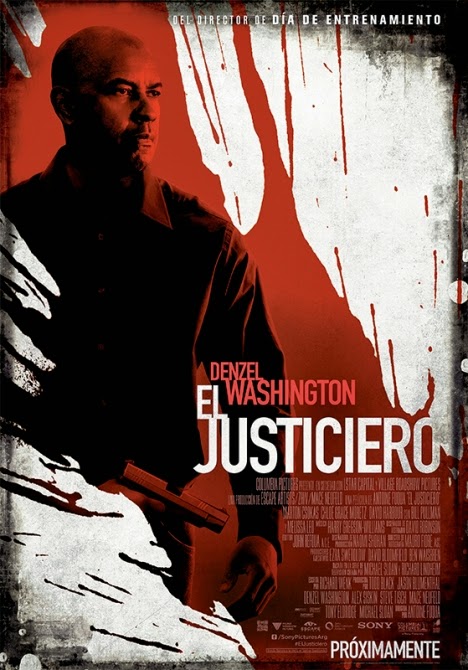 The above variation reinforces the more violent approach taken by El Justiciero. 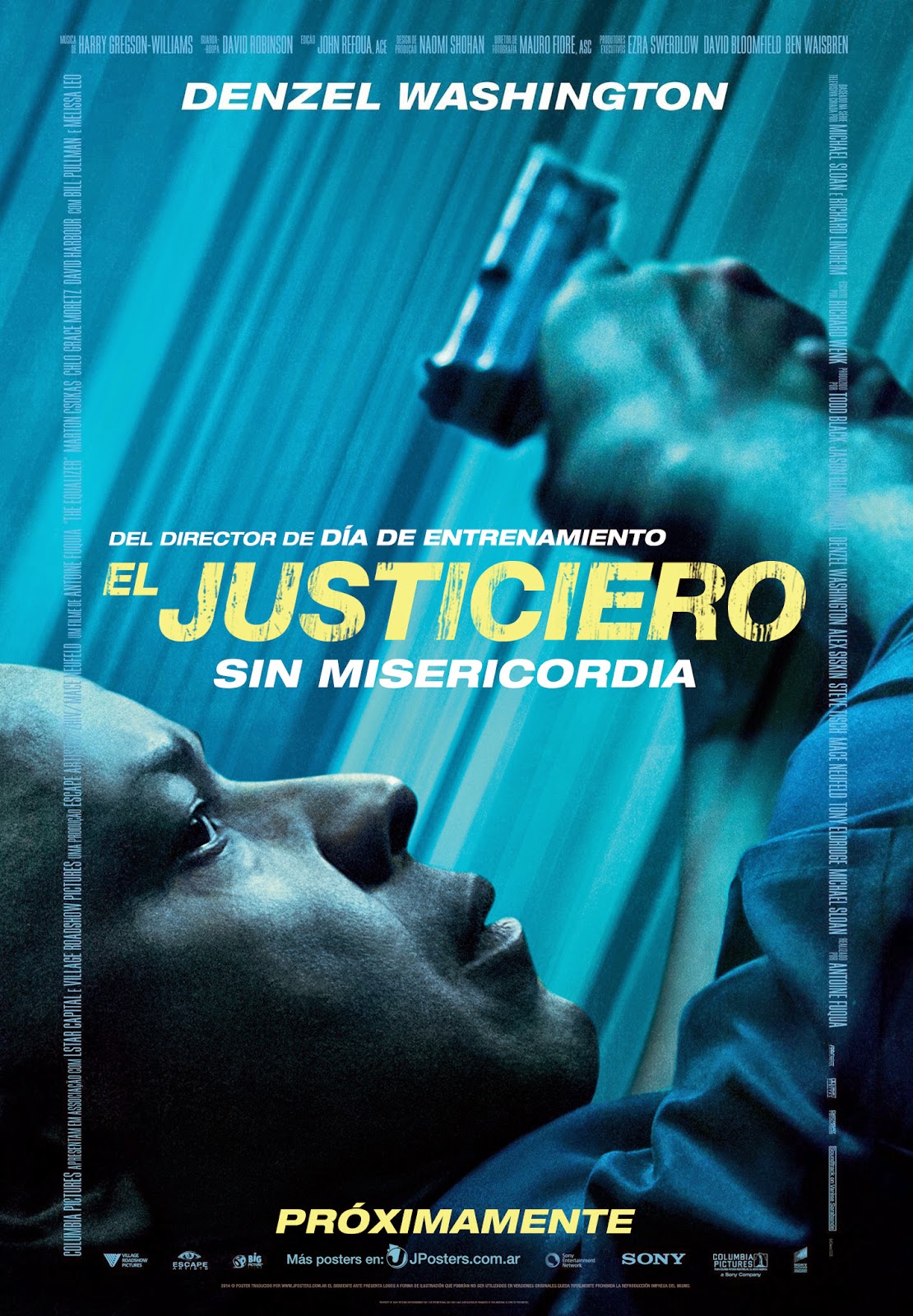 The teaser poster for El Justiciero added the marketing point: "Sin misericordia," or "without mercy." 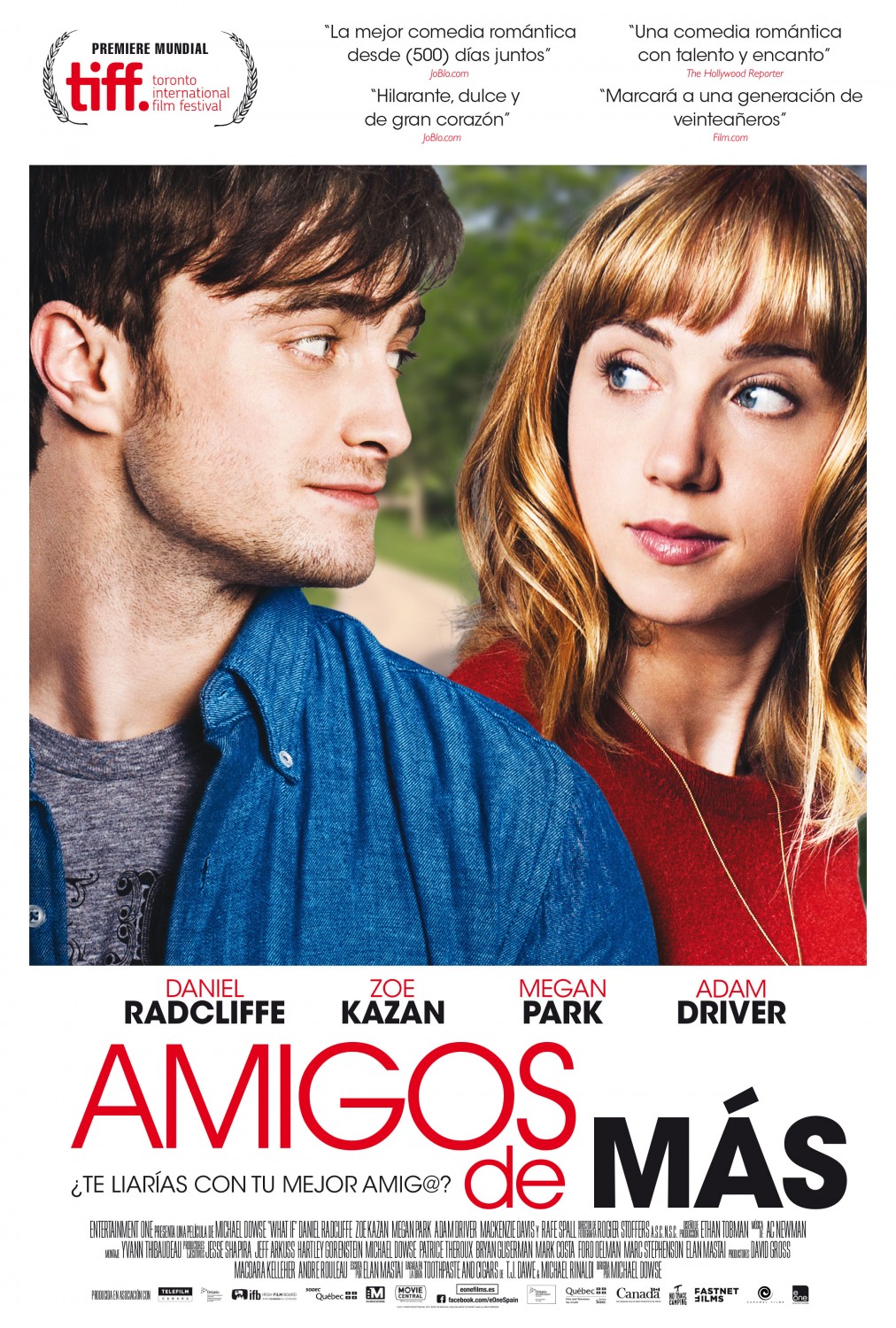 Debuting at the 2013 Toronto International Film Festival as The F Word, the movie has been marketed under a number of titles, all in the interest of luring audiences to a romantic comedy starring Daniel Radcliffe and Zoe Kazan.

In August alone, it opened in U.S. theaters as What If, in Canadian theaters under its original title, and in Spain as Amigos de más (see poster). The box office receipts have been modest, totaling about $6 million worldwide (divided almost equally between the U.S. and all other territories), but you can't say the distributors haven't tried to stir interest.

The film arrives in Argentina next week (Thursday, October 23) under the title ¿Sólo amigos? (roughly, 'only friends') (click through to see the poster), which is evidently also how it was titled for its theatrical release in Chile. That title is closer to the actual theme of the movie, although whether it's a more attractive title is yet to be proven. 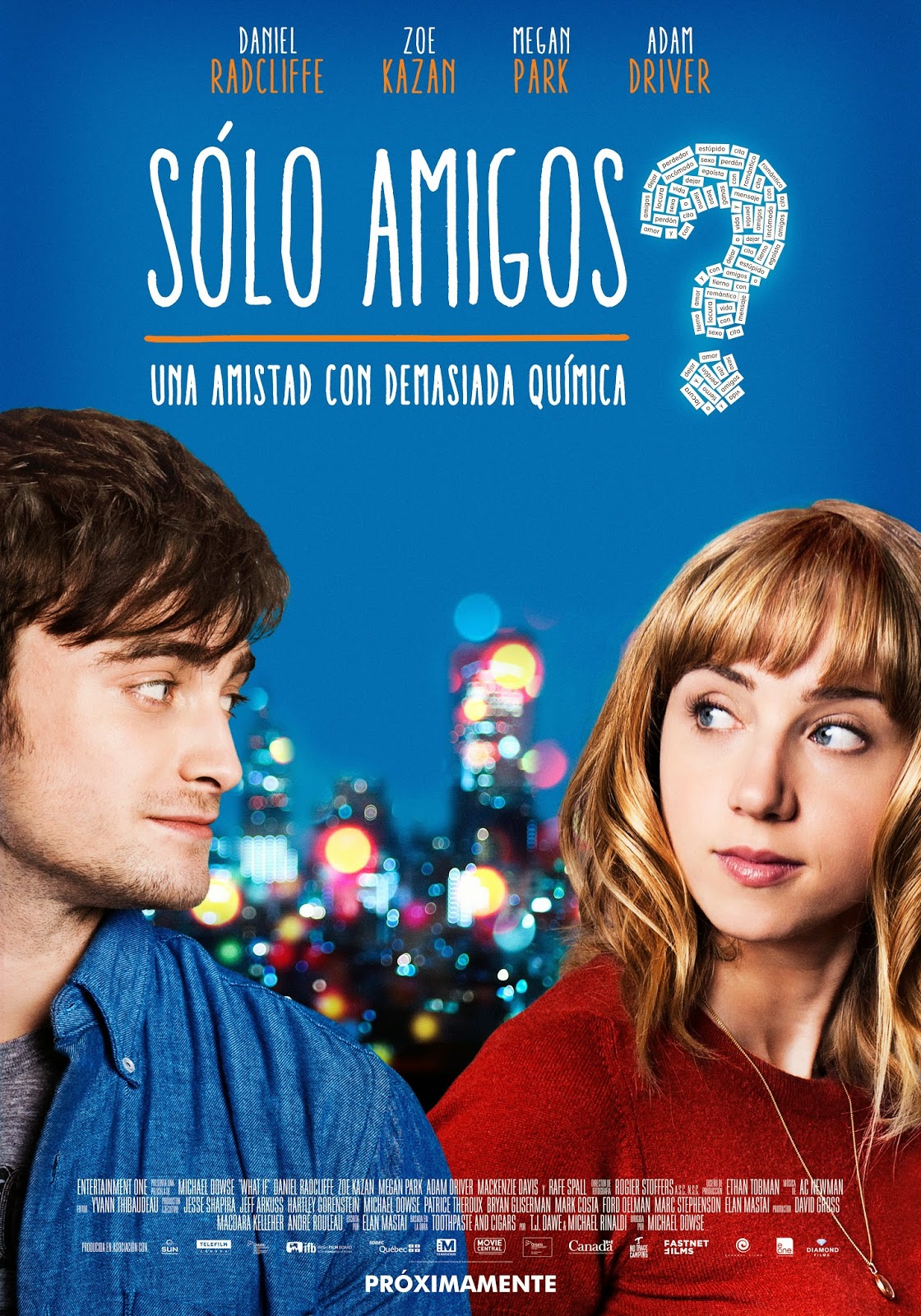 Argentine poster for ¿Sólo amigos? (aka The F Word, aka What If, aka Amigos de más).

More about The Equalizer

More about the f word

More about To Kill a Man