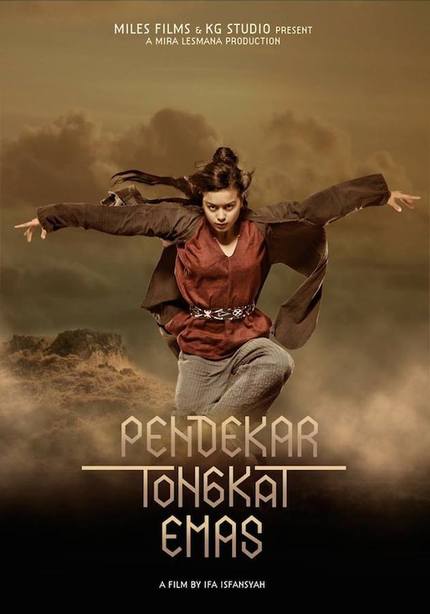 They say that there was once a golden era of Indonesia comics - especially martial art comics - in the 70s, before I was born. Itt is kinda like a mythical thing. For me, Indonesian comics have been almost non-existent as far as i can remember and while there have been some titles through the 90s up until now comics are generally not very popular. There are some "fossils" though, in old beaten up book store and in conversations with previous generations about titles from that golden era, like Panji Tengkorak, Si Buta Dari Goa Hantu, Jaka Sembung etc, many of which have been used as the basis of film and TV adaptations over the years. And now The Golden Cane Warrior - inspired by those classic martial art comics - has released their long awaited trailer and, boy, am I impressed.
Check it out below along with three behind the scenes videos.
Sign-In to Vote
Tweet 0 Submit

That does look impressive.

My last pay <-check was $9500 working 12 hours a week, online. My neighbour's sister has been averaging 15k for months, now and she works abou,t 20 hours a week. I can't believe how easy it was once I tried it out.,,.

{Go to next link in this site}

No singing? no dancing? no over the top action? i'm impressed as well. :p

Indonesian movies usually don't has any singing or dancing in it unless it's a musical. Perhaps you're mistaking it with cinema of another country?