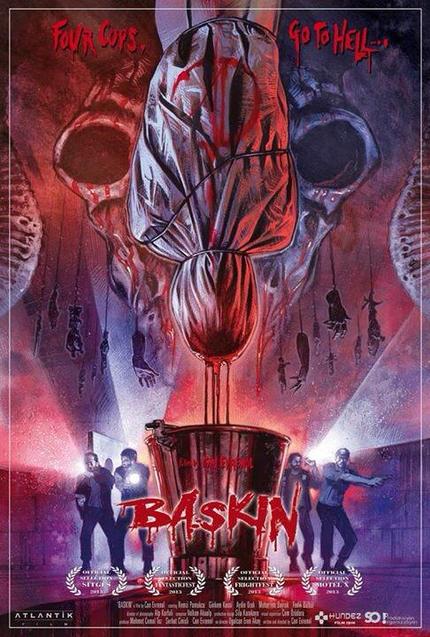 It was all the way back in 2009 that ScreenAnarchy first wrote about Turkish filmmaker Can Evrenol. The occasion at the time was his short film The Chest, a micro budgeted affair with some technical limitations as a result which, nonetheless, showcased an enormous amount of raw talent. We've kept a close eye on Evrenol since and been rewarded by seeing that talent become progressively more refined without losing any of its edge while Evrenol ran The Chest and a string of successive short films through the international festival circuit. He's become recognized as one of the most promising young horror directors in the world and the question for a few years now has been when he would finally get around to making a feature.

Evrenol has spilled in a new interview with Turkish media that he is expanding his most recent short film, Baskin, to feature length with principal photography scheduled to begin before the end of the year. The story of a squad of police officers summoned as backup to a run down apartment complex only to discover the building is populated by a cult group performing their rituals within, Baskin is one seriously dark tour de force. Take a look at the trailer for the short below and keep an eye open for more details as they become available.

BASKIN trailer from Can Evrenol on Vimeo.