Anders Thomas Jensen Returns To Directing With MEN AND CHICKEN 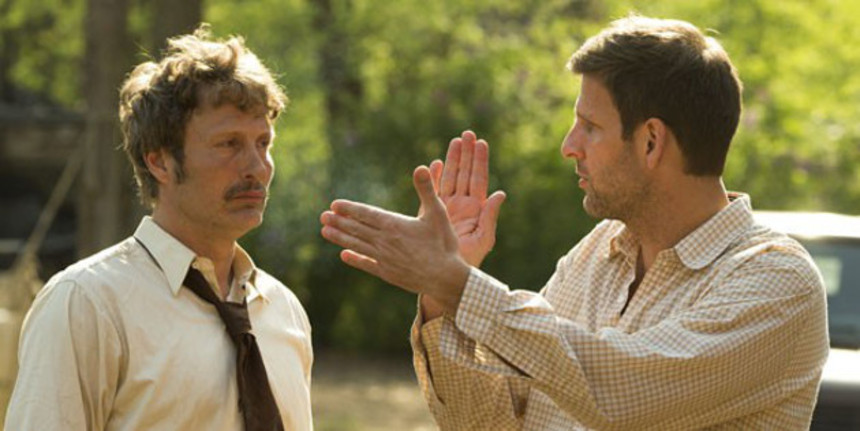 If you're pushing forty and want to feel like you've wasted your life, do what I do: Look up the filmography of Anders Thomas Jensen on the IMDB. Born in 1972, Jensen has become one of the most sought after and acclaimed screenwriters in the world boasting credits on a whopping 48 projects since 1996 - a fistful of Oscar winners and Cannes selections among them.

To say that Jensen has carved out quite a career for himself as a writer is perfectly true but it also overlooks the point that writing was not his original entry into the film world. Not writing for other people, at least. No, Jensen won the Oscar for Best Live Action Short for his 1999 effort Valgaften - this coming after two previous Oscar nominations as a director - before moving on to direct cult hit features with the darkly comic Adam's Apples (2005) and The Green Butchers (2003), among others.

With writing consuming so much of his time Jensen hasn't directed since Adam's Apples - a gap of nine years - but he's now brought regular leading man Mads Mikkelsen back into the fold for a new directorial offering titled Men & Chicken. Another darkly comic affair, Men & Chicken stars Mikkelsen as one of a pair of outcast brothers thrust back together to dig out a hidden family secret. In production now - that's Mikkelsen and Jensen on set in the photo above - we'll hopefully see teasers soon.

Do you feel this content is inappropriate or infringes upon your rights? Click here to report it, or see our DMCA policy.
anders thomas jensenmads mikkelsenmen and chicken