Ard Vijn
Editor, Europe; Rotterdam, The Netherlands (@ardvark23)
Tweet Post Submit
When we had the idea to start posting galleries of particularly noteworthy disc-releases, we did not intend to make this an exclusively French affair. But the thing is: the French really enjoy pimping the films they love, and even those they are merely fond of. And these things sell as well, there is a healthy market for them, giving distributors extra incentive to pretty-up their releases.

Take this French release for Aramaki Shinji's Space Pirate Captain Harlock, or simply Albator as they call him in France. The film itself has us divided here at ScreenAnarchy. While it looks gorgeous, and some found it fun (see Peter van der Lugt's review), others think the film is soulless, merely a very long videogame cutscene. So who is going to lavish so much attention to a Japanese 3D-cgi film based on a manga?Well, the French, obviously.

Maybe this shouldn't be a surprise. The television series of Albator was very popular in France, decades ago, the country being very much a frontrunner in Europe when it comes to anime appreciation. Years before any English-friendly releases of Studio Ghibli were available outside of Asia, French-subbed releases were already easy to get.

So guess what happened: French colleagues and friends expressed great enthusiasm for this "Edition Prestige" when I showed it to them, some immediately asking where I bought it. Sadly, I had to tell them it sold out on pre-orders alone, and the going on-line price is easily twice what I paid for it, despite this release being only a few weeks old.

And with a market like that, I think we can rest assured we haven't seen the last of France in this column. 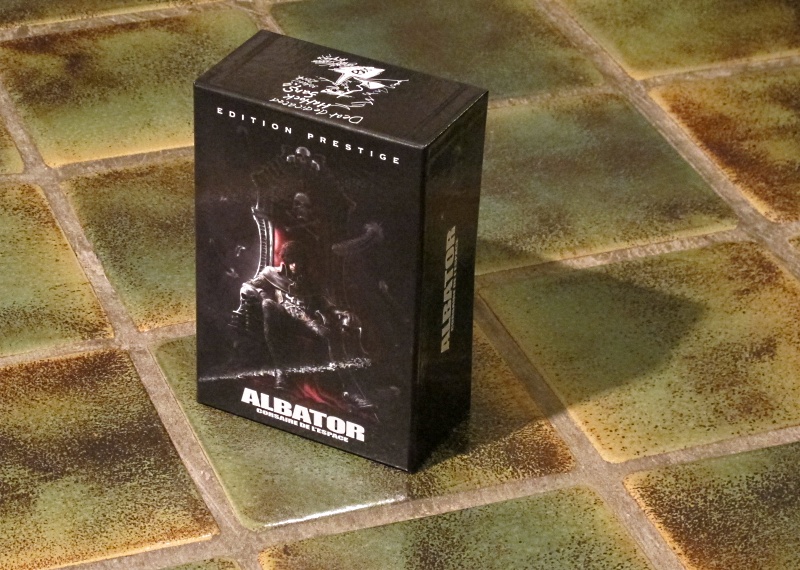 And here is the box itself: the Albator Edition Prestige. A heavy, VERY heavy box, and for good reason, as you'll see on the next slides... 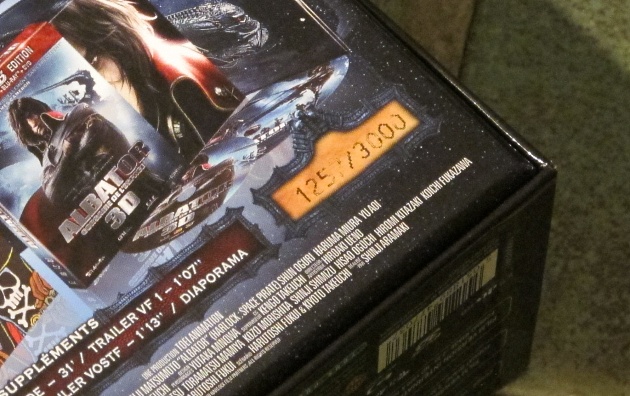 It's a Limited Edition and no mistake: only 3,000 have been made and they're basically all gone by now. 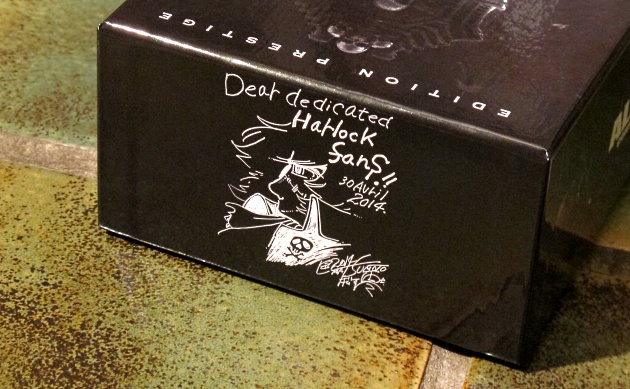 Here's a shout-out to the fans, by writer/artist Matsumoto Leiji. Neat! Regularly, boxes like these are filled with a lot of air, but this one's weight already dispelled that notion. Indeed, it's contents take up all space. 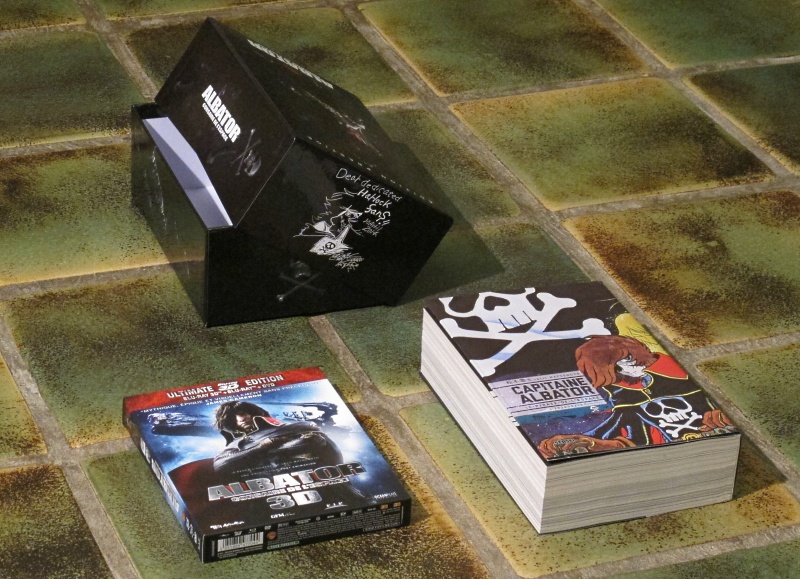 Here are the contents: the disc-holder and The Book (capitals used intentionally).

And... that's basically it. The Japanese version had some trinkets, cards and a storyboard booklet, but this one has The Book. All contents opened. The film is there on 3D Blu-ray, regular Blu-ray and DVD. The Book is a graphic novel. Ever seen an 1,100 page graphic novel? You have now! A closer look at the disc-holder. Actually, this one is also sold separately, and contains every single disc this Limited Edition has.

Note that this edition is in Japanese and French only, and not English-friendly at all, but it is regionfree. Nice artwork on the outside and inside of the disc-holder. 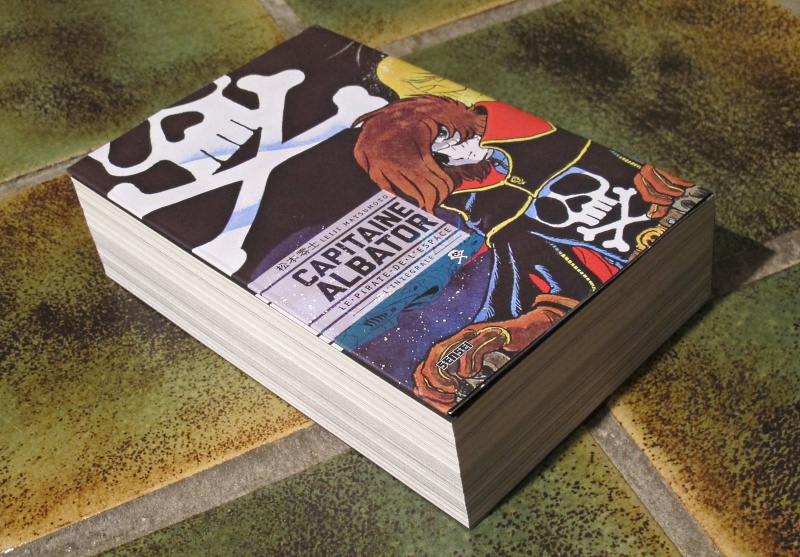 It is listed as "Integrale" but that is probably a bit misleading, as Matsumoto never really stopped writing Harlock stories. Still, at 1,100 pages this thing can kill when thrown at decent speed, and it contains a vast chunk of the entire Harlock saga. I love this! 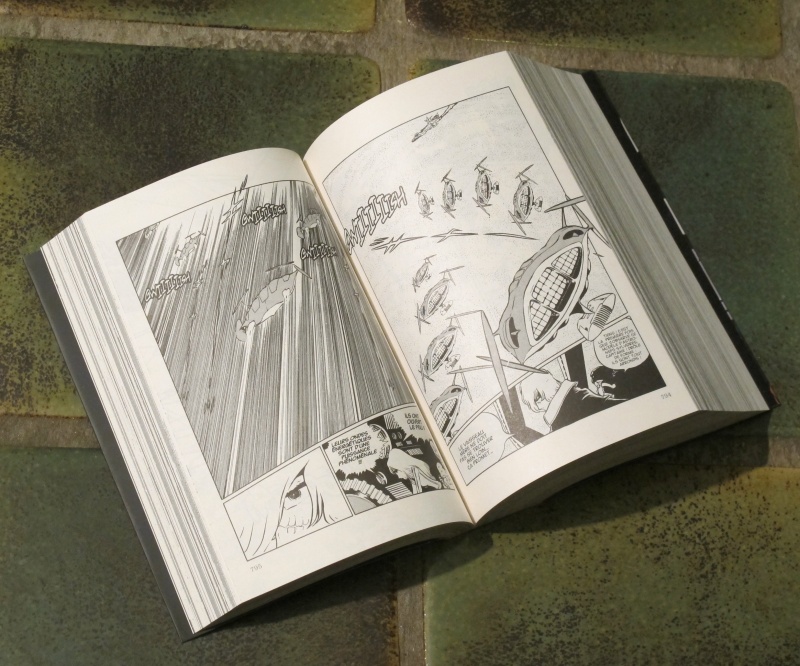 A look at the manga. It's in French, and yes: my French is now improving on a daily basis because of this volume.

Do you feel this content is inappropriate or infringes upon your rights? Click here to report it, or see our DMCA policy.
Blu-rayCaptain HarlockDVD packaginghome video