Review: THE QUIET ONES, The Dull Roar Of Disappointment 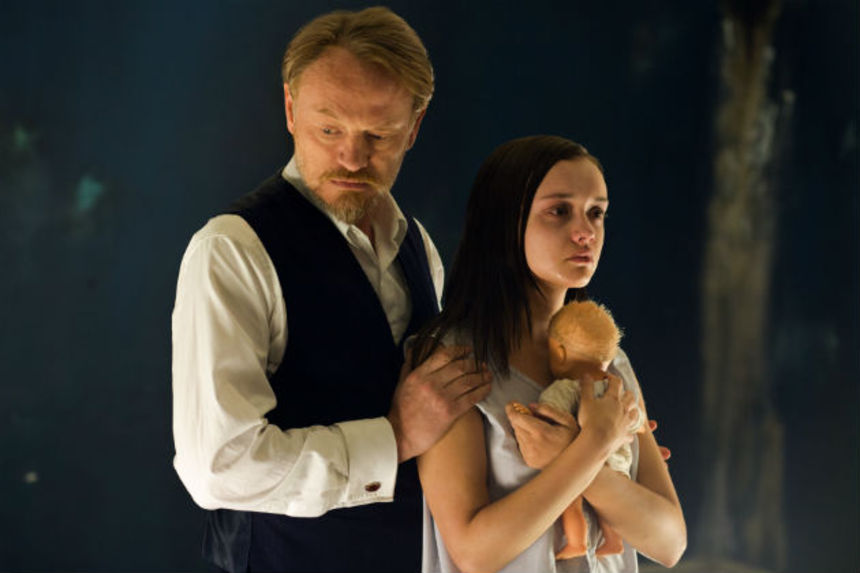 As expected, the newest Hammer horror film is atmospheric and moody; unfortunately, the atmosphere is dire and the mood is dull. The Quiet Ones is a veritable alphabet soup of disappointment: a is for aimless, b is for baffling, c is for confusing, d is for desperate, and so on.

The setup is promising. "Cure one patient, cure the world," says Professor Joseph Coupland (Jared Harris) to his students at Oxford University in 1974. He invites po-faced Brian McNeil (Sam Claflin), who carries around his 16mm camera for no discernible reason, to record an experiment the professor is conducting on Jane (Olivia Cooke), a suicidal young woman with no memory of her past. Brian joins the professor and two other equally bland students, Harry (Rory Fleck-Byrne) and Krissi (Erin Richards), as they observe -- and occasionally badger -- the unfortunate Jane, in between making snide and asinine comments about nothing in particular.

Early on, funding for the experiment is cancelled by the university and the group moves intact to a broken-down estate in the country, though nothing much changes. Neither the professor nor his students attend classes, preferring to remain at the estate and occasionally stare at Jane through a large peephole in a locked door.

For her part, Jane stares back, that is, when she's not playing with a doll. It's the professor's contention that Jane has manifested a paranormal presence she calls Evie, which she believes is in the doll. Sometimes. Or maybe not at all, according to the professor, who maintains that he doesn't believe in the occult, which means that Jane's problems are all of her own doing, and that she can be cured by the professor's unique form of 'talk therapy,' which consists of him saying things like, "No, Jane! Work harder! Jane! Jane!"

Honestly, I started hoping the professor might be hiding a loincloth under his rumpled clothes, all the better for stripping down and swinging through the vines like Tarzan in the nearby woods -- "Jane! Jane!" -- but no such luck. 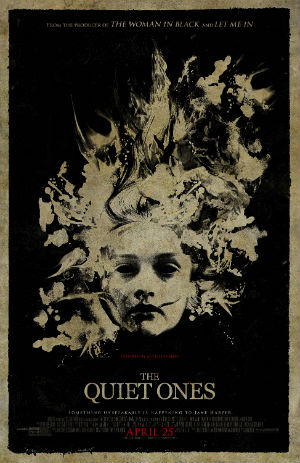 It may be that the plot made much more sense when it was written down in the screenplay, which is credited to Craig Rosenberg, Oren Moverman, and John Pogue. In attempting to breathe life into those pages, however, the movie lurches forward haphazardly, like a drunken person stumbling down a gentle slope that gradually becomes too steep for him to negotiate without falling down.

One example is the decision to integrate footage supposedly shot by Brian's camera. Brian jerks the camera back and forth in the accepted shaky-cam style, but there's no rhyme nor reason for the movie itself to make use of that footage; it adds no different perspective, other than to set up [*spoiler redacted*] and provide a different flavor, much like the home-movie footage that is occasionally projected for the group to watch.

An opening title card declares that the movie is "inspired by actual events," yet there is little evidence of any creative inspiration in the telling of the story. Tension never builds and suspense is never created; the only jolts come from (too many) fake jump scares and loud music cues.

I'd conclude by suggesting that The Quiet Ones made me want to scream, but that would be overstating the case. The movie is dispiriting to watch, an experience best chalked up to an experiment in would-be terror gone wrong.

The Quiet Ones opens wide in cinemas across North America on Friday, April 25.

Do you feel this content is inappropriate or infringes upon your rights? Click here to report it, or see our DMCA policy.
HammerJared HarrisJohn PogueOlivia CookeSam Ciaflin