Jared Harris Cast In Hammer's THE QUIET ONES 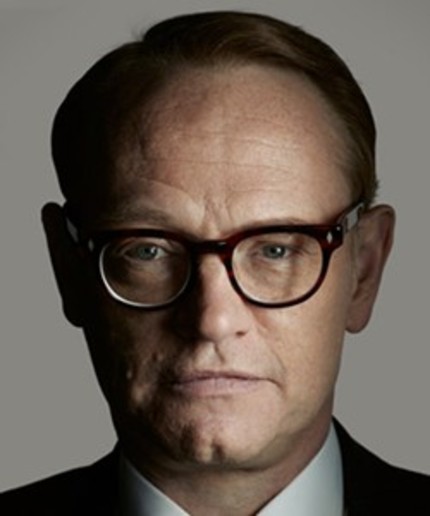 Jared Harris is just one of those guys, a solid character performer with a quiet air of menace and intelligence to such a degree that he often ends up stealing scenes without ever appearing to do very much. If he's in a film or a television show - particularly something with a genre edge, where he tends to flourish - you're guaranteed to have at least one good thing to look at.

The folks at Hammer are smart enough to recognize this attribute and so they have cast Harris as the lead to their next feature, The Quiet Ones. Unfortunately they also hired the director of Quarantine 2, which is not exactly a ringing endorsement.

HAMMER SIGNS JARED HARRIS TO STAR IN 'THE QUIET ONES'

April 16, 2012: Simon Oakes, Vice-Chairman of Exclusive Media and President & CEO of Hammer and Guy East and Nigel Sinclair, Co-Chairmen of Exclusive Media, Hammer's parent company, announced today that Jared Harris has signed on to star as Professor Joseph Coupland in THE QUIET ONES.

THE QUIET ONES is a supernatural thriller/horror to be directed by John Pogue (QUARANTINE 2) which James Gay-Rees (SENNA, EXIT THROUGH THE GIFT SHOP) will produce in association with TPSC Films. With the story and original screenplay by Tom DeVille, revisions by Craig Rosenberg, Oren Moverman and most recently John Pogue, the film is currently in pre-production and will start shooting in June 2012 in the UK.

Inspired by true events, THE QUIET ONES tells the story of an unorthodox, but charismatic professor who uses controversial methods and leads his best students off the grid to take part in a dangerous experiment:  to create a poltergeist from negative human energy.

THE QUIET ONES marks Hammer's next production after the worldwide box office hit, THE WOMAN IN BLACK, starring Daniel Radcliffe, which has taken over $120 million at the box-office worldwide to date.

Jared Harris recently starred IN SHERLOCK HOLMES: A GAME OF SHADOWS and hit TV series Mad Men. He will next be seen in Steven Spielberg's LINCOLN, currently in post-production.

John Pogue said: "Jared Harris is an extraordinarily talented actor and I'm thrilled that he will be playing the key role of Professor Joseph Coupland, who led his most ambitious students in a notorious 1974 experiment to create a poltergeist.  Jared has the perfect blend of charisma, intelligence and wit that the part of Professor Coupland demands, and I'm excited to watch him bring the role to life."

Simon Oakes, President & CEO of Hammer and Vice Chairman of Exclusive Media said: "THE QUIET ONES is set to be an incredibly chilling and sinister picture that we are proud to be a part of.  It's another unique horror movie which we believe will appeal to audiences around the world."