New Trailer & Image for Hammer's Second Feature THE QUIET ONES 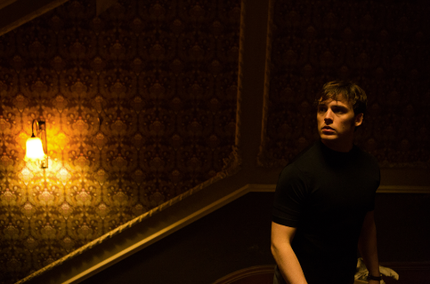 The British more or less invented images of gothic horror, haunted buildings and creepy possessed children. Add in some American-style found footage and a retro setting, and you've got the revamped Hammer Films' second feature, The Quiet Ones. Directed by John Pogue (screenwriter of US Marshalls and The Skulls and director of Quarantine 2) and starring Jared Harris, Sam Clafin and Olivia Cooke, the new trailer shows many of the usual horror film tropes: a young girl with connections to the supernatural, the father figure who initiates investigation, a group of skeptics and some pretty effective editing that should made you jump a few times. The film is set for release on April 11th in the UK and April 24th in the US.

Inspired by true events,The Quiet Ones tells the story of an unorthodox professor (Harris) who uses controversial methods and leads his best students off the grid to take part in a dangerous experiment: to create a poltergeist. Based on the theory that paranormal activity is caused by human negative energy, the rogue scientists perform a series of tests on a young patient, pushing her to the edge of sanity. As frightening occurrences begin to take place with shocking and gruesome consequences, the group quickly realizes they have triggered a force more terrifying and evil than they ever could have imagined.

Do you feel this content is inappropriate or infringes upon your rights? Click here to report it, or see our DMCA policy.
Hammer FilmsJared HarrisOlivia CookeSam ClafinThe Quiet Ones