Dare To Spot THE CREEP BEHIND THE CAMERA In This Trailer 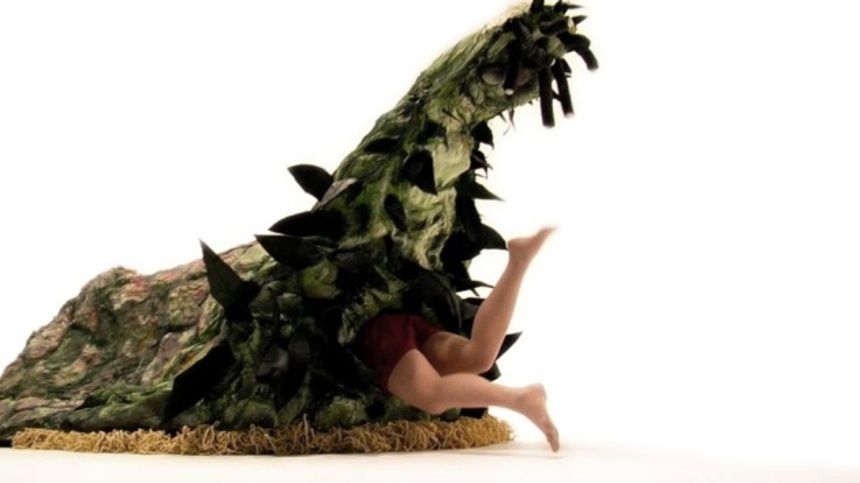 Once upon a time in 1964, there was an excruciatingly bad alien invasion film, one made with legendary ineptitude. And it wasn't the famous Plan 9 From Outer Space. This one was worse. It was called The Creeping Terror.

Pete Schuermann's film The Creep Behind the Camera is about the making of The Creeping Terror, and especially about its director Art Nelson: a violently psychotic sex-and-drugs-addicted con-man, who used the production to swindle loads of money out of loads of people.

The Creep Behind the Camera takes an interesting approach to chronicling its subject: a large part of the film is a dramatized comedy, starring Josh Phillips and Jodi Lynn Thomas, but there are documentary inserts in which the real people involved are interviewed. There is even an animated sequence showing the film "as might have been" if the script had been properly adapted.

Recently finished after a successful Kickstarter campaign, The Creep Behind the Camera will have its world premiere at the Imagine Film Festival in Amsterdam this April.
We'll stay tuned, and in the meantime here is the trailer:

More about The Creep Behind the Camera

Nelson made just one other film. In 1959 he produced a crime-drama called "Street Fighter," in which he stars as a street thug who eventually finds redemption. Nelson's wife Lois co-scripted the story. It's notable for two reasons, first, it is the directorial debut of four-time Emmy winner Joseph Sargent. Secondly, Carl Switzer ("Alfalfa" of Little Rascals fame) helped finance the picture.

The back story and volatile relationship between Nelson and Switzer is so intriguing Switzer biography.