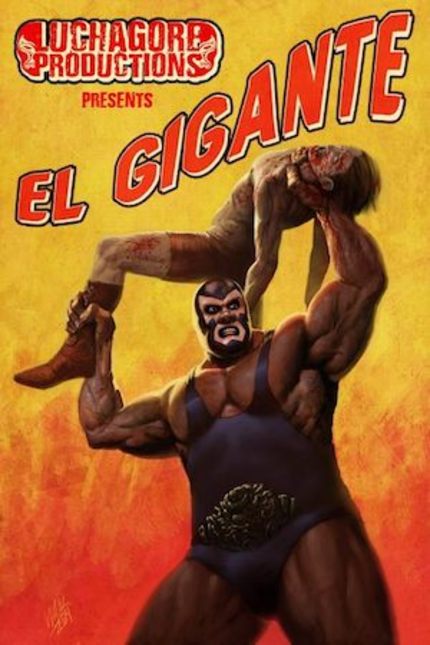 México Bárbaro's Gigi Saul Guerrero has just launched, together with the company LuchaGore Productions, a crowdfunding campaign for her new short film, which promises luchador action, blood, guts and, like any great horror film, social commentary.

El Gigante is "The Texas Chain Saw Massacre with a crazy Mexican twist", and comes from the mind of horror writer Shane McKenzie, whose book Muerte Con Carne (praised by Fangoria) is being adapted to film by LuchaGore Productions. Saul Guerrero and her team want to create a feature length film based on Muerte Con Carne and the short El Gigante is literally just the beginning as it deals with the first chapter of the book.

Their Kickstarter campaign offers very cool perks and you can get signed DVDs, the luchador mask, and even become a character in McKenzie's follow-up book to Muerte Con Carne. Watch the campaign video below, and get your first real taste of México Bárbaro as bits of Saul Guerrero's segment are shown, and support the project here.

Do you feel this content is inappropriate or infringes upon your rights? Click here to report it, or see our DMCA policy.
Crowdfund ThisEl GiganteGigi Saul GuerreroKickstarterLuchaGore ProductionsMuerte Con CarneShane McKenzie