MEXICO BARBARO: A Horror Anthology Of Traditions And Legends 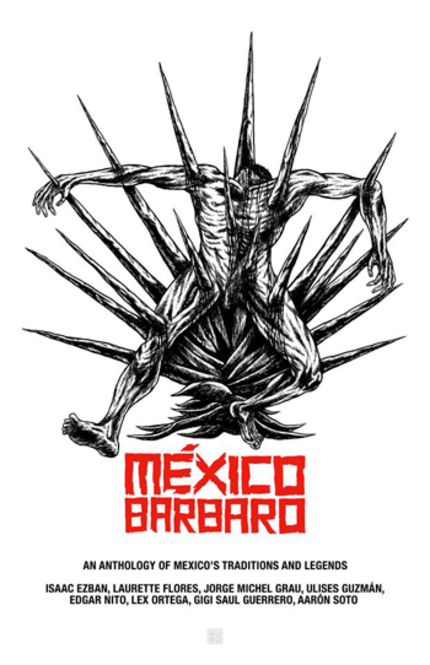 From all four corners of Mexico and beyond its borders, eight Mexican filmmakers are putting together the horror anthology, México Bárbaro. The project was created by filmmaker and sound designer Lex Ortega. He has worked sound design on films like Here Comes the Devil and Frankenstein's Army. He is also heading up another anthology production Beware Bodycount.

8 Mexican directors unite to bring you tales of the most brutally shocking Mexican traditions and legends to life.
México Bárbaro shows the world stories that form a part of our culture, and even some that have haunted us and made us have nightmares since childhood, those ones which took away our innocence. The boogeyman, trolls, ghosts, creatures, Aztec sacrifices, and of course our most beloved tradition, Day of the Dead, immerse in urban and rural stories are some of the issues that make up this anthology.

The other seven filmmakers chosen for this film include ScreenAnarchy alumnus and coordinator for Rue Morgue Mexico, Aarón Soto. Edgar Nito's latest project Tatewari, was one of the projects which took part in the inaugural Fantastic Market at Fantastic Fest last year. Gigi Saúl Guerrero was born in Mexico and is based out of Vancouver, B.C. She directed the entry M is for Matador for the second ABCs of Death anthology. Isaac Ezbán is currently working on his first feature film The Incident which won Best Presentation at the Fantastic Market last year. Jorge Michel Grau, earned international acclaim for his film We Are What We Are which was then remade by Stakeland and Cold in July director Jim Mickle. Laurette Flores debuted her first short film, Baptized, last year. And Ulises Guzmán will be getting back behind the camera after dedicating his life to teaching cinematography, directing and writing at universities around Mexico.
I have read the eight synopses and rather than share them with you and spoil all the fun I have decided against it. I will say though that they include what reads like a savage version of Rear Window, a seedy strip club in Northern Mexico during Dia de los Muertos, Mexican trolls called Alushes, corpse stealing, abandoned shacks, blood-letting from sexual organs, ancient savage Mexican traditions and decomposing dolls in a swamp.
Sounds like fun for all.
Sign-In to Vote
Tweet 0 Submit

Do you feel this content is inappropriate or infringes upon your rights? Click here to report it, or see our DMCA policy.
Cold in JulyFrankenstein's ArmyHere Comes The DevilHorror AnthologyMexico BarbaroWe Are What We Are

indeed this will be awesome! and a taste of mexico's upcoming major talents in genre cinema! hats off to all 8 of em!