Hooray For Hollywood! The Answer To Your Question Is: Money 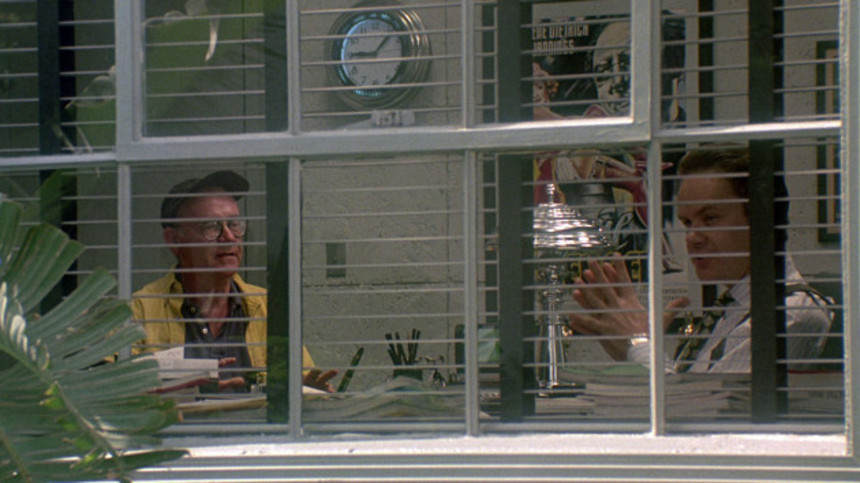 Hello! My name is Todd and I will be your humble(ish) guide through the sausage factory that is Hollywood.

Or, to be more precise, I will be endeavoring to provide a window into aspects of the business of filmmaking that may seem odd, counterintuitive, byzantine and/or opaque.

Very often, the reason things seem this way is because they are odd, counterintuitive, byzantine and/or opaque.

They are this way for a reason and that reason is almost always "money".

When ScreenAnarchy's Todd Brown invited me to write on the business of Hollywood (and by "Hollywood", I really mean the business of cinema in general as all of the market mechanics everywhere are based on what Hollywood has laid out), I was given a short, starter-list of topics that associates of ScreenAnarchy thought would be interesting to explore and/or have explained:

"What exactly is an 'option' and how does it work?"

(Answer: it's a way to save money and will be explained in a future article.)

"Explain 'turnaround' to me and tell me how I can get the studio to do it to my project."

(I will explain that in a future article and you probably can't. The reason being: money.)

"What's with all the lawyers? Why aren't more contracts just, you know, 'standard'?"

At this point, you may be seeing a pattern here and you are seeing it because it really does exist.

Hollywood, cinema, movies - whatever you call it, it's a business.

Sorry, but no - it's actually the business of art, the place where craft and commerce collide, and it is all underpinned by money.

That isn't to say that a kind of "pure art" in cinema, one nearly wholly divorced from the concept of money, doesn't exist. It does. It's just that most people will never get to see it.

To create "pure" cinema, you can get an artistic grant, but that is (duh) money and sometimes can come with artistic as well as non-artistic strings attached to it.

So how to do it without money involved?

Well, you can shoot a movie on your cell phone or a borrowed camera. Free.

You and your friends can volunteer your time making it. Free. (I'll waive the economic principles of opportunity-cost and the inherent capital cost of labor for now.)

When it's complete, you can post it on Vimeo or YouTube or another service (free) and you can generate word-of-mouth through your social network to get people to watch it (also free).

And at the end of all this, if you are a very social person with a large network, maybe a thousand people will have seen your work of "pure" art and that is awesome.

That is awesome, it's a victory and - I will agree with you - it's probably "pure" art.

But most of the time what happens is, at some point shortly after all this, either you think or someone in your circle says:

"You know what? We did a really good job with our film. I bet other people would like this, too, if only they could get to see it."

You are now about to cross the event-horizon into "commerce" and the more people you want to give the chance to see your film, the more money it is going to cost.

And unless you have a very large bank account which you are willing to dive into, the money is coming from somewhere else.

Which means someone else.

Which means they will have requirements that need to be met which results (most likely) in compromises on the artistic side that will need to be made.

In this respect, cinema is little different from the modern music industry: the means of production - and even distribution - may be open to all for very little, but the ability to market to a wide audience remains capital intensive.

And money shouldn't be viewed as a wholly cynical element in the process.

Without Megan Ellison and her company's money, I'm pretty sure that Paul Thomas Anderson would still have been able to make The Master.

But I am just about 100% positive that he would not have been able to make it in 70mm.

Years ago, I was brought in as a screenwriter to pitch a take on Green Lantern to the producers who had the rights at the time. In our first meeting, they seemed confused that I wanted to center the movie around Hal Jordan and his origin story.

(The comic book at the time was in the midst of the "Kyle Rayner" run, where a young art student becomes the last Green Lantern in the universe as opposed to Hal's lone-cop-in-a-larger-force.)

When I couldn't get them on board with the narrative purity of the "Lone Ranger in space" concept, I went a different route: I pointed out that while the "Hal Jordan" version had a history dating back to 1959 (and a fan base to go with it), the then-current Green Lantern comic-book was only selling around 25,000 copies a month.

With the average ticket price in the US around $6.00 at the time, I pointed out that if every Kyle-Rayner-as-Green-Lantern fan saw the movie three times over the weekend we would still be sitting on a gigantic bomb.

(When I pitched the full take a week later, one of the producers fell asleep and began snoring. I did not get the assignment. They lost the project a year later.)

The point of all of this is two-fold. The first thing is to share with you a short-hand that I have found to be true in twenty-years of working in Hollywood:

The answer is ALWAYS money.

Someone has it, someone else needs/wants it.

Or someone has it and wants even more of it.

But, almost always, money is the center of that craft/commerce crossroads.

The second thing is this: none of this is, in and of itself, a bad thing.

While "compromise" seems like a dirty word when it is juxtaposed with "art", cinema, like theater before it, is a group art. The director may have a clear vision, but he or she is utilizing a cast and crew to achieve it, "painting with people". With that much human interaction, compromise isn't just the order of the day, it can be an asset, pushing people to find creative solutions to the barriers that the push/pull nature of compromise can create.

Even when the reason for the compromise is "money".

I am incredibly excited to be able to write for you guys and gals who read ScreenAnarchy.

As I told Todd Brown, ScreenAnarchy has been my favorite film-oriented site for years and years and it is an honor to be associated with it.

One of the things that I love most about ScreenAnarchy is the passion and interest of the readers of the site, as evidenced daily in the comments and conversations that erupt beneath the various articles.

To that point, while my focus here will be the "what" and the "how" of the mechanics of the film industry, I will also be offering you my take on the "why".

I sincerely hope you will engage with me in the comments section: share your own observations of "the Industry", challenge me on things you disagree with, suggest questions you have you'd like to see addressed/answered in an article. I love dialogue.

But above all, remember the sage words of William Goldman (and, no, I'm not referring to "Follow the money."). When writing on the strange beast that is Hollywood in Adventures In The Screen Trade, he gave us this ever-repeated truism:

The answer may always be "money" but that doesn't mean the question was the right one.

Hooray For Hollywood! is a column on the business practices, philosophies, and mechanics of the Hollywood studio system, written by a veteran with first-hand experience.

Do you feel this content is inappropriate or infringes upon your rights? Click here to report it, or see our DMCA policy.
business of HollywoodHollywoodHooray for Hollywoodstudio system