Hooray For Hollywood! A Contract Is Better Than A Handshake (But Only Just) 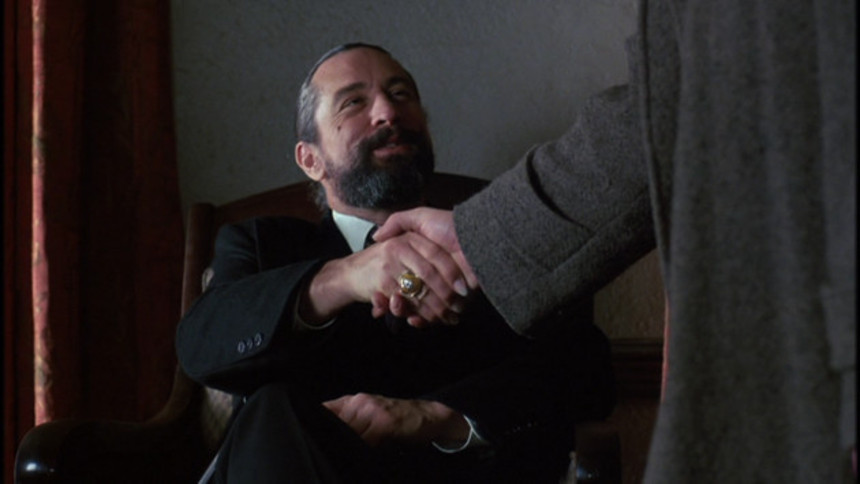 For this, our second installment in this exercise of my disabusing you all of the notions of cinematic high art in favor of the realities of the movie business of it all, I thought I would answer one of the questions put to me by you lot:

"Why so many lawyers? Why aren't things standardized?"

(Okay, so it's two questions, but they came as a package-deal and they are, in fact, joined at the hip for all intents and purposes.)

The first question is the easier to answer because the second question (or, more accurately, its inverse) IS the answer: there are a ton of lawyers because nothing is standardized.

Now for the second question, why aren't things standardized?

(I'll resist the urge to be glib and again say "money.")

I can only guess at what the person asking this question was digging at, so I'm going to assume that by "things," they meant the contracts and paperwork that seem to choke the velocity of getting a film made.

First, let's dig into the question a little: exactly what part of the contractual process could -- or should -- be "standardized"?

There actually are semi-standard forms, such as ones for members of the various creative guilds -- WGA, DGA, and SAG. They set forth the minimum terms that a company must agree to in order to hire a member of their guild for work.

But in practice? They don't stay "standard" very long.

For the sake of this part, I will be talking about a deal between a member of the Writers Guild of America (aka WGA) and a so-called "signatory company" -- that is, a production company that has signed on to the WGA's Minimum Bargaining Agreement (aka the MBA), a prerequisite in almost all cases to employing a member of the WGA to write.

(Are your eyes glazing over yet? Hang in there, it's about to get fun.)

I can speak to a recent contract negotiation I know of between a WGA writer and a signatory company for what is called a "scale/minimum deal" -- that means this writer was not getting their quote, they were getting the ABSOLUTE MINIMUM as far as terms and payment that the company could give under the terms of the MBA to which they had agreed.

This should be a clear case where a "standard contract" could be used.

A hard-floor on what must be given to the writer.

Negotiations took over four months before there was a signed, executed contract.

Now, there are a number of non-contract oriented reasons for this (this was not exactly a fast-track project needing immediate contractual closure), but the main reason was the back-and-forth on the specific language contained within the "standard" contract.

(Ironically, most WGA deals will inevitably contain a clause essentially saying "Anything that contradicts the terms of the MBA will be considered null and void and all terms for that clause shall revert to terms set forth in the MBA" making all this positioning seem even sillier.)

"Why bother with all this?" you might ask. "Let's just get this thing done and go make a movie!"

"How is FOUR MONTHS logical??"

Again, I hear you. But if we dismiss the actual time taken, knowing that it could (and probably should) have been less, here is the underlining thing:

The creation of a contract is a threshold event, making something ephemeral concrete.

Every business endeavor -- and every movie -- begins as an idea, a conversation, maybe even a doodled-upon napkin. But once that idea gains traction, when the conversation turns serious, when the napkin doodle reveals value? That's when you need to start spelling out your expectations for how this thing should continue and the proper place for that is in a contract.

Often, this involves things like lawyers demanding the word "if" be used in place of "when" or arguing over what shade of red will be used for the redlines in the draft.

It's a dance, a courtship ritual, and -- like any relationship -- it takes time.

Quick: name for me two movies that are standard to each other, two films that have all the same parties from top-to-bottom?

You can't. They don't exist.

Nearly every film -- whether it is structured as a Limited Liability Company (LLC), a C Corporation, an S Corporation or any other kind of structure -- is a one-off company formed around a singular event, the production of the film in question. Given that each one is unique, each event requires its own set of contracts and negotiations.

Even when some of the same parties from a previous project are involved -- on either side of the contract -- their expectations will have evolved based on that previous experience, whether good or bad, and their contracts will have to be tailored to reflect this evolution.

So, let's double-back to the question: why aren't things standardized?

If every project is unique -- different combinations of producers, director, writer(s), financiers, cast and crew -- then there is no "standard" to standardize, at least not fully. The best you can hope for is a generally agreed upon starting point -- much like the various Guilds do -- from which you draft a contract that leaves neither side feeling too screwed-over.


But what if your project isn't a studio production? Should you still have contracts?

Well, I'm not a lawyer and this isn't a forum for legal advice. But from a business standpoint? I would advise you to ALWAYS have a contract.

"Even for a webisode?"

"What about a short-film?"

Let's say you get together with a group of friends for kicks-and-giggles and put up something on the net, a comedy short that attracts some hit-flurry.

No big deal, right? Sure.

And then a second one, just to riff off the first one. Great.

Maybe a third, just because you have the location an extra day.

You're attracting a critical-mass of web traffic.

Someone says, "You know, I bet these could be a feature."

Funny Or Die is actually ASKING you to submit it to them.

Your idea has gained traction, your conversations are turning serious and the "doodle" is seeming more and more valuable. And no one knows who owns what piece of what because you didn't spell it out.

The actors weren't on a "for hire basis"?

They're claiming they created their characters.

The director who hated the script but wanted something new for his reel?

He "rewrote everything" while he shot.

The producer who spent all day texting instead of trouble-shooting on the set?

While the above is a worst-case scenario and -- in all likelihood -- wouldn't happen, you never really know who people are until the bullets are flying or there's money on the table.

Asking people -- ESPECIALLY creative people -- to sign a contract is never easy or fun. It can seem to imply that you don't trust them or that they shouldn't trust you. But it has to be done, because what is really going on is this: there is potential value here and you need to pre-determine how to distribute it if said value is ever realized.

Years ago, I invested in a growing retail company and -- to protect my investment -- I insisted on a contract that detailed my entitlements for that investment.

The person I invested this with is the godfather of my first-born child.

He is also my brother.

In my experience -- not just in Hollywood but in any kind of business -- someone not willing to put their "handshake" agreements into writing is either a fool or a crook. Both are best avoided.

"But we can't afford an attorney."

Just remember: a contract is only as good as the lawyer who drafted it. But even if you have an "iron-clad" contract, someone with deeper pockets than you can always choose to wage a war of attrition, suing until you wave a flag of surrender.

"Why even bother, then?"

Because even if something you put together doesn't hold up completely, even if someone with time and money to burn can force your capitulation, it establishes the groundwork in a concrete way that a verbal agreement and a handshake never will.

A written record of contractual intent -- imperfect as it may be -- is, in my non-legal opinion, the best way for you to protect yourself from everything from hurt feelings to French Colony-level exploitation.

But the devil is in the details.

Hooray For Hollywood! is a column on the business practices, philosophies, and mechanics of the Hollywood studio system, written by a veteran with first-hand experience.

Do you feel this content is inappropriate or infringes upon your rights? Click here to report it, or see our DMCA policy.
business of HollywoodHollywoodHooray for Hollywoodstudio system