ScreenAnarchy's Favorite Frankensteins -- And The Monsters They Created

The imminent theatrical release in North America of I, Frankenstein on Friday, January 24, gives us an excuse to express our collective love for the mad scientist known as Frankenstein -- and the monsters he created.

As the title of the new movie indicates, popular culture has often confused Frankenstein (the scientist) with The Monster, bestowing the creature with the creator's name. But Mary Shelley's original novel tapped directly into our primal consciousness, and any confusion about names pales in comparison to the fears, terrors, and thrills that raise goose-pimples when the good doctor cries out "It's alive!" and his monster lumbers to life. Our picks reflect the individual tastes of the writers who contributed; what say you, dear reader, as to your favorite Frankenstein and/or Monster? 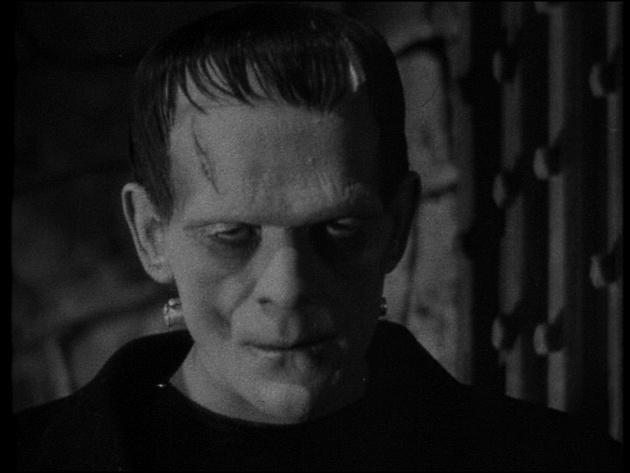 There have been many Frankensteins and many of his monsters in the history of film, but has anything ever been as iconic in horror as the image of Boris Karloff in his make-up, in James Whale's Frankenstein? Not even any of the famous Draculas can even claim to top Karloff's incarnation of the Monster of Frankenstein in sheer recognizability.

It helps that Boris Karloff imbued the creature with pathos, even through all the layers of latex and clumsy movements, giving him more life than was in all the evil humans surrounding him. 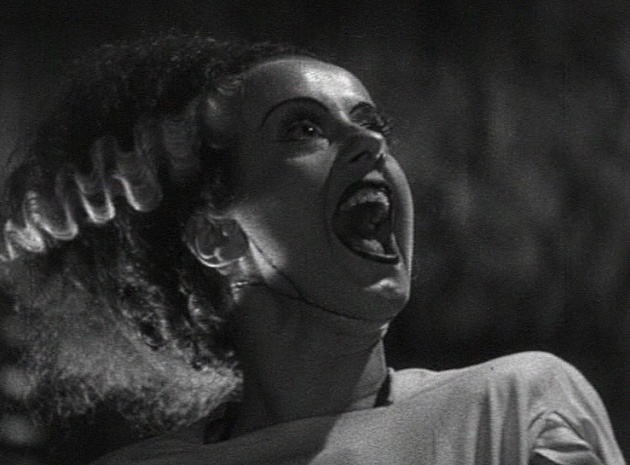 Elsa Lanchester, The Bride of Frankenstein (1935)

If Karloff's monster is the most iconic of Frankenstein's creatures, Elsa Lanchester as his doomed intended mate is a damn strong number two. Nowhere near as ugly as monster number one, Elsa's hairdo by itself may already be the single most parodied wig in the history of film.

The Bride of Frankenstein was an incredibly frivolous sequel to the dour and serious original, inserting magic, fun and humor into what was supposed to be a science morality tale. It works wonders though, and the meeting between Bride and Monster is still sad and poignant to this day. 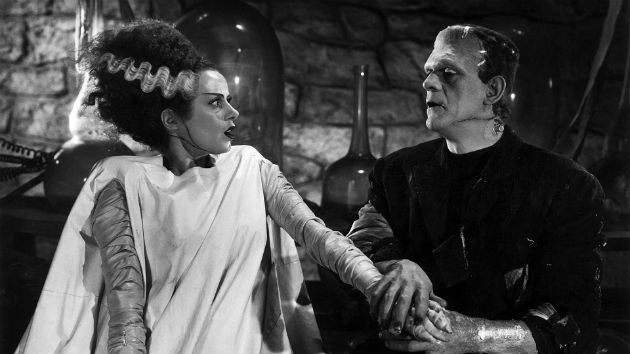 Elsa Lanchester, The Bride of Frankenstein (1935)

Mention Frankenstein and it's the Boris Karloff, bolts in the neck, flat head and scar faced image that will no doubt spring to mind, imitated in films and Halloween costumes ever since its inception in 1931. When it came time for Universal to make a sequel to their monster hit Elsa Lanchester probably wasn't what Mary Shelley or anyone else had in mind at the thought of a mate for the creature. but with her iconic hair and makeup and crushing rejection of poor Karloff's hulking brute she cemented herself into Universal's golden age of classic monsters.

In The Bride of Frankenstein, Karloff adds another level to his brilliant performance as the monster slowly learns to talk but that won't help him as the film leads to the dramatic climax where, with an inhuman hiss the Bride shows that not even a fellow creation can accept his terrible being, she sends the tormented soul into a murderous rage.

Lanchester was apparently no great fan of makeup artist Jack Pierce, who would spend hours adding detail to a scar that was not even visible on the screen, but it takes a lot to steal the show from Karloff and with her slow reveal and startling presence the Bride manages just that. 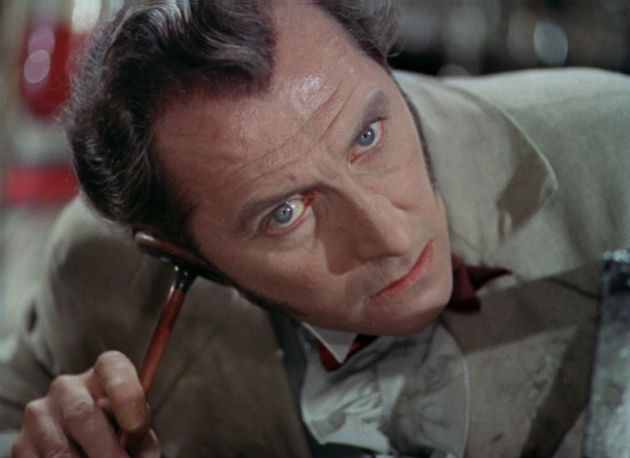 Peter Cushing and Christopher Lee, The Curse of Frankenstein (1957)

Hammer kicked off the gothic horror rage with this picture, enlivening the studio's fortunes and making a film star out of Cushing, who had developed a good reputation through his work on British television up to that point. The monster also gave life to Christopher Lee's career; the actor quickly bounced into the studio's other signature role in Dracula the following year.

The vivid colors and shocking violence in Curse remain a jolt to the system, and Cushing is absolutely monstrous in the role of Baron Frankenstein. My upbringing was strictly lower-middle-class, but something about Cushing's upper-class manner, erudite speech, and precise body language spoke directly to me. Lee, on the other hand, maintains a look of shock on his face, as though he can't believe he's been awakened from the dead, and is not terribly happy about it.

Later, I came to understand the creativity of writer Jimmy Sangster and director Terence Fischer in developing a new version of Frankenstein. But Cushing, especially, had my heart.

This one immediately vaulted into my favorites list after I saw it a couple of days ago. How have I missed this before now? Boris Karloff is splendidly creepy as old Baron Frankenstein, who wants to make one more monster -- but he needs an atomic reactor to finish the job. To help finance his acquisition, he agrees to let a film crew use his family home, while he conducts his experiments in the secret basement.

Karloff is demented fun. He appears to relish the opportunity to play Frankenstein, some 40 years after he'd embodied the Monster in the first three Universal Frankenstein movies, and he stalks about the mansion with complete, terrifying confidence. The story reaches toward a post-modern twist, and features beautiful, widescreen black-and-white photography. 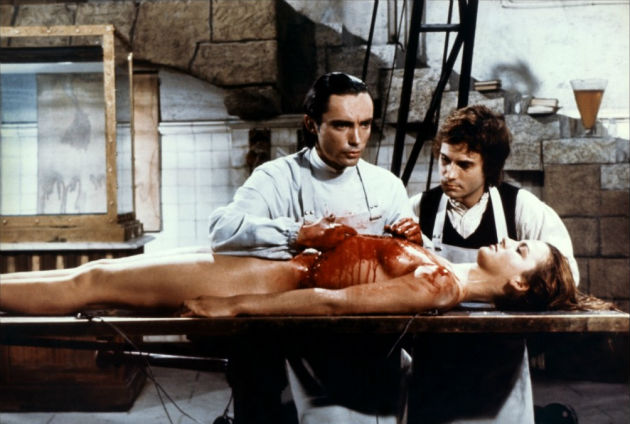 "To know death, Otto, you have to fuck life... in the gall bladder."

And with those words my fate was sealed as a forever-fan of this twisted version of the Shelley classic. Most of the credit is due Kier, who imbues Frankenstein with a campy menace, giving us a doctor far more interesting than his monsters. He isn't the over-achieving academic spurred by his mother's death. His isn't the science of good intentions. No, his goals are much more nefarious. He aims to create a master race, to restore Serbia to its former (did it ever really have any?) glory. Therefore his creations have to be good looking, and they have to be horny. Of course, creating a master race is never easy, and things don't go according to plan.

Just like the original trailer promised, this is the goriest, sexiest, wildest Frankenstein ever filmed. Kier is all androgynous good looks and eastern European charm. As per usual, Joe Dallesandro is all Big Dumb Sex. It is a film filled to the brim with over-the-top acting, over-the-top splatter, and aberrant sex. It is one of the greatest portrayals of the good doctor ever put on screen. 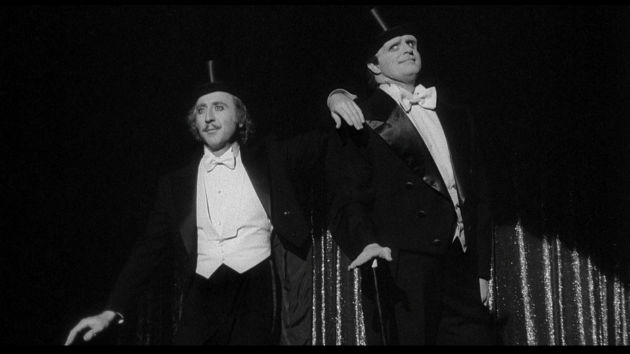 When it comes to Frankenstein’s Monster, I will admit that I do not take it as seriously as most. So I am always looking for the portrayals of the Monster that have the most fun with the role. And one of the standout comedic turns at it was by the late Peter Boyle in Mel Brooks’ Young Frankenstein.

Even before he was resurrected, he was a source of laughter in the exchange between Frankenstein and Inspector Kemp. But my favorite scene is the song and dance number with Boyle and Gene Wilder, "Puttin’ on the Ritz"! Classic.

There are few actors who could emote as much as Noonan could with his Monster portrayal. Noonan has a face that invites empathy. Sure, his Monster is bogged down by the lingo of the time, such as ‘Bogus’. But there is a tenderness in that relationship between his Monster and 5 year-old Phoebe. And though his eyes were shrouded even more by the makeup and prosthetics, you can still get a sense of the sadness. And it is one of those times the Monster helps people instead of going on a murderous rampage.

So, despite all the joyful cheesiness of this movie. Noonan’s Monster still stands as one of my favorites. 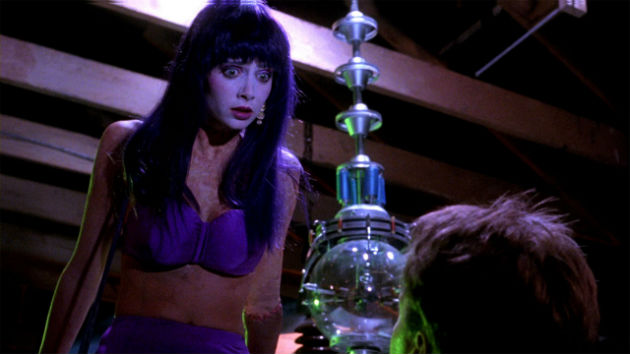 What? This was the last movie Patty Mullen would ever appear in? How could that be? Perish the thought. But seriously now, of all the portrayals of a Frankenstein monster this is probably the most titular and funny.

One would expect that when you cast a Penthouse Pet of the Year that she would look good. And in a sick way, even with scars and skin tones, she did. It is just odd because one does not normally associate the Monster with sexiness. But Mullen’s performance is also pretty funny. With her twisted lips and awkward walk, it is upon her resurrection in Frankenhooker when the movie really sets off. Too bad it is not until the third act. 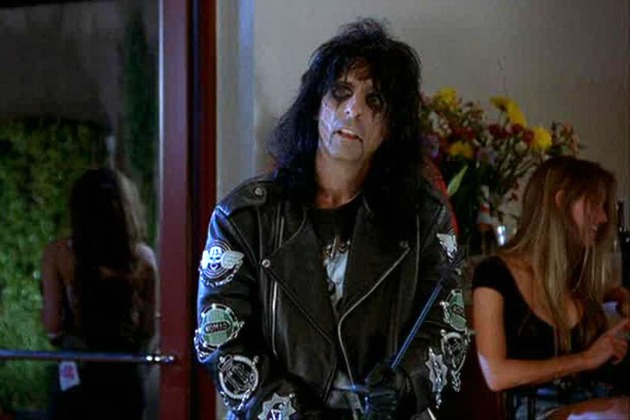 As a rock star, Alice Cooper has had a career of the rockingest order. He pioneered the pop culture alter ego and brought a macabre theatricality to rock n' roll. He was an early adapter to now-ingrained things such as the music video and the concept album. With a list of radio hits as long as a boa constrictor, it's safe to crown Alice Cooper Rock's Greatest Monster. A persona of this magnitude belongs on the big screen.

Alas, this is where things get a bit more stitchy for Saint Alice. Failed larkish turns in weak films such as Roadie and Freddy's Dead did more harm than good. This is why it's so electric when Alice Cooper triumphantly hits the stage in Wayne's World.

The song is the sexually warped “Feed My Frankenstein,” his current radio single. Director Penelope Spheeris shoots Cooper majestically, emerging from a giant skeleton, and snarling depraved demands worthy of Peter Cushing's Frankenstein in his later films. It's partially as set up to the backstage comic scene that follows, but also because a mad genius such as Cooper must be presented this way. It's alive! And we're not worthy, indeed! 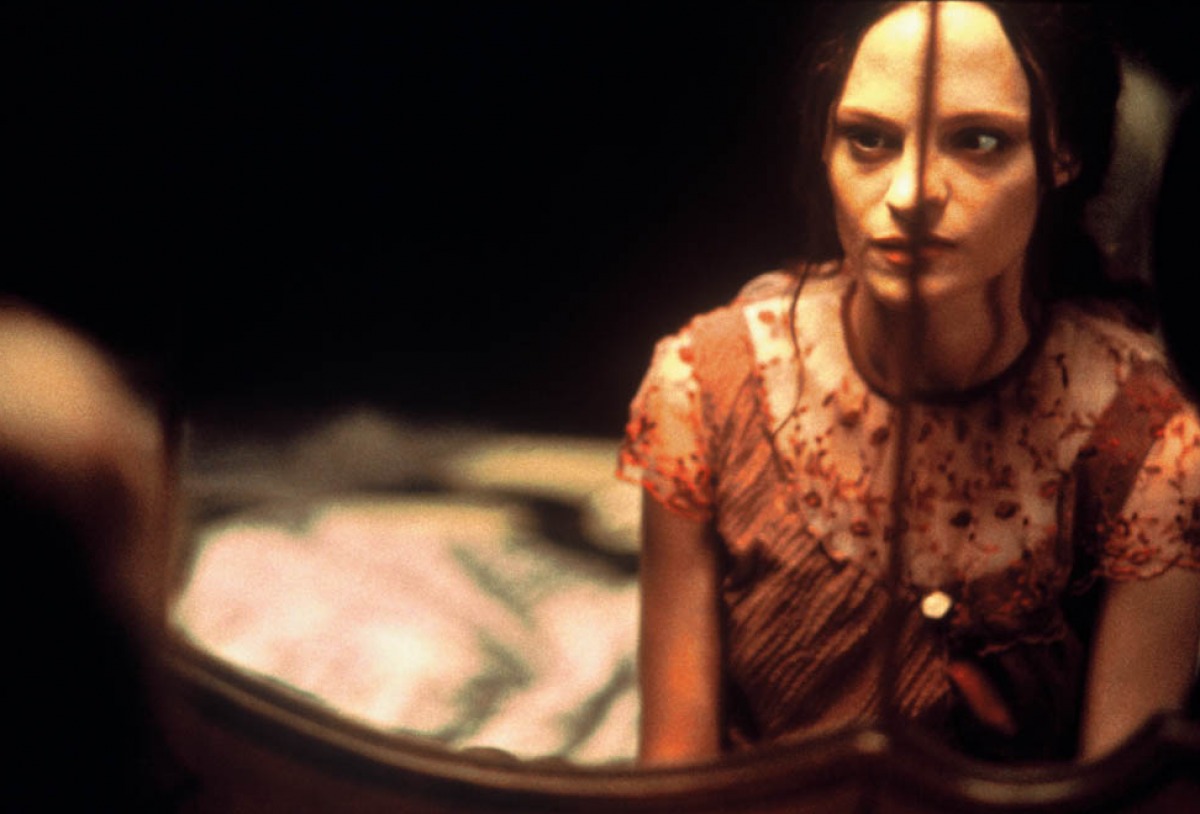 An unusual take on the Frankenstein mythos (among other things), May features a shy young woman who is adept at sewing clothes and also sewing up pets in her day job as a vet's assistant. When she finds she likes only parts of her various colleagues, would-be lovers and other acquaintances, she attempts to assemble them in a novel way.

There are so many wonderful scenes in this creepy modern fable, that one might not even initially notice the nods to Shelley and the legacy of Dr. Frankenstein, in the form of a petite young girl haunted by her creepy glass encased doll, but it is etched into the DNA of this film nonetheless.

Though a fun film, Frankenstein's Army may yet lack the history clout some other Frankenstein films have. But it wins lots of points for its many monster designs, with Mosquito being a favorite of both cast and crew.

Lucky bastard that I am, I was allowed to visit the set and meet the guy in the stilts-suit, shaking his hands as well as the Mosquito-creature's hand, during a guided tour through the set's special effects department. I also saw the practical effects tested for having the creature drill straight through someone's skull, which was amazing to see in real life. Because of this visit, in the back of my mind Frankenstein's Army is a bit "my" film, like my hometown is "my" town. And Mosquito is a glorious resident in the film.

(Note that I could have used Propeller-head here instead, but that suit had already been demolished when I visited, so I never met him "in real life"...)

Do you feel this content is inappropriate or infringes upon your rights? Click here to report it, or see our DMCA policy.
Alice CooperFrankensteinFrankenstein's MonsterMayPatty MullenPeter BoyleTom Noonan

More about I, Frankenstein

More about Bride of Frankenstein