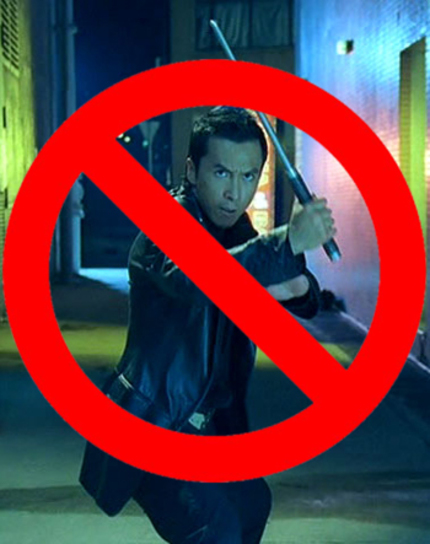 The Weinstein Company have issued an official statement about this:

From the moment Crouching Tiger became a reality at The Weinstein Company we designed the project around Donnie Yen and Michelle Yeoh.

No other offers were ever made to anyone else and we're thrilled to have such
icons in our film. We look forward to the start of production in 2014."

Troublesome news from Hong Kong for fans of Donnie Yen:

Apple Daily are reporting that Yen has priced himself out of the running for the upcoming sequel to Crouching Tiger Hidden Dragon and backers The Weinstein Company have moved off of Yen as their choice to fill the lead role and moved on to Andy Lau, who Apple says can be had for 10 million RMB (about $165k in US dollars) less.

Now, it should be noted that Apple has not historically been the most reliable of sources and this could all very well be a negotiating tactic - $165k is certainly significant but seems a low number to be a total deal breaker - but there you have it. There is now word of any change regarding Michelle Yeoh - slated to reprise her role from the original - or Yuen Woo Ping, who is slated to direct.

Do you feel this content is inappropriate or infringes upon your rights? Click here to report it, or see our DMCA policy.
andy laucrouching tigerdonnie yenmichelle yeahyuen woo ping