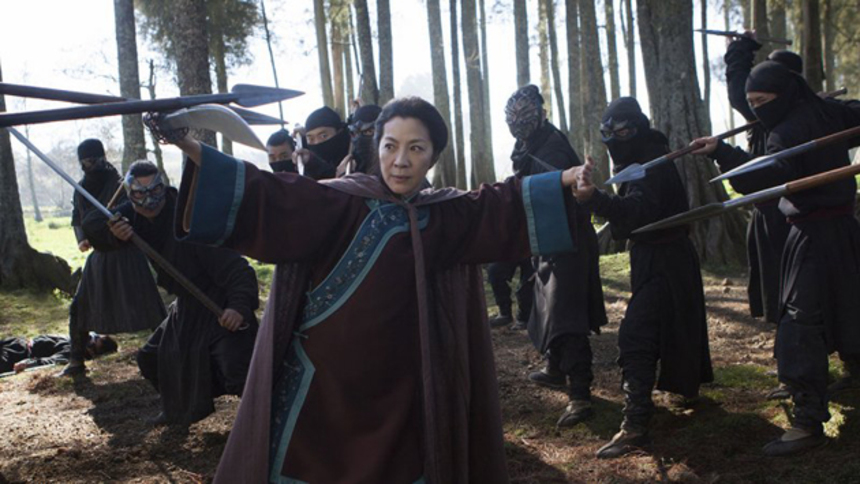 The moviegoing experience will change even more come next August. Netflix and The Weinstein Co. have just announced that they will release the sequel to Crouching Tiger, Hidden Dragon simultaneously on Netflix and select Imax screens around the world, according to The Hollywood Reporter.
Netflix says this is the first of many planned day-and-date releases. The sequel, Crouching Tiger, Hidden Dragon: The Green Legend, will be released on August 28, 2015.

"The moviegoing experience is evolving quickly and profoundly, and Netflix is unquestionably at the forefront of that movement," said TWC co-chairman Harvey Weinstein. "We are tremendously excited to be continuing our great relationship with Netflix and bringing to fans all over the world the latest chapter in this amazing and intriguing story."
"Fans will have unprecedented choice in how they enjoy an amazing and memorable film that combines intense action and incredible beauty," Netflix chief content officer Ted Sarandos said in announcing the deal. "We are honored to be working with Harvey Weinstein and a world-class team of creators to bring this epic story to people all over the world and to partner with Imax, a brand that represents the highest quality of immersive entertainment, in the distribution of this film."

Not all Imax screens are the same, however. The article shares that any Imax screens controlled by the major chains will not participate in this day-and-date release, as many of the chains are still leery about anything that keeps money away from their cinemas. It certainly makes sense considering you pay to watch the movie at home and you invite all your friends over to watch. That is multiple tickets out their door. But for the consumer it opens up more opportunities to watch the film on their own terms.

"In territories where we simultaneously release with Netflix, we are excited to offer consumers the option of deciding how, when and where they want to view the film, and exhibitors the opportunity to participate in this alternative form of content in a new and innovative way," said Greg Foster, senior vp of Imax Corp. and CEO of Imax Entertainment.

Consumers weary of ticket prices and the associated costs of going to see a movie (travel, concessions, multiple tickets, crowds, asshats with their cellphones on all the time, etc) at your local cinema will have cost effective means to see a film the same time it releases in cinemas! No longer will you have to wait for the digital platform release of your choice to catch up on that water cooler conversation a few weeks/months ago!
Myself? I am part of that old guard who still likes going to the cinema, loading up on snacks, and watching a movie. But I am on my own and can do what I want, when I want, with however much money I want. I can understand the appeal of this approach and maybe someday I will catch up with the rest of the world.
Yuen Wo-ping is directing the sequel. Michelle Yeoh and Donnie Yen star.
Tweet Post Submit

Do you feel this content is inappropriate or infringes upon your rights? Click here to report it, or see our DMCA policy.
Crouching Tiger Hidden DragonDonnie YenImaxMichelle YeohNetflixWeinsteinYuen Wo Ping