HE NEVER DIED But He Sure Got Bloody. Check The First Official Still From The Henry Rollins Starring Film. 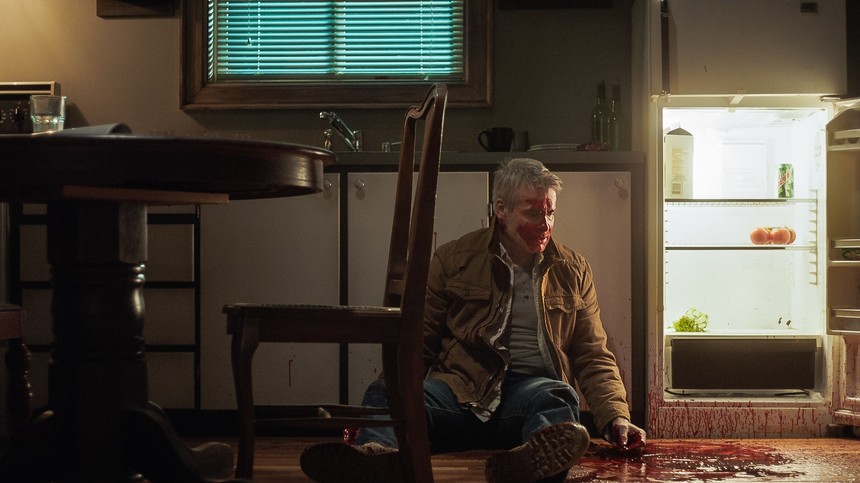 Just last week I had the chance to visit the set of He Never Died, the Jason Krawczyk directed indie with punk rock icon Henry Rollins in the lead role. I had the chance to sit and chat with Rollins a bit and while we'll be waiting for the film to turn up on the festival circuit to share that conversation the first official still from the film has now been released along with word that principal photography has wrapped. They shot this bit the day before I was there and the blood stains were still plainly visible on the floor.

Written and being directed by indie helmer Jason Krawczyk (The Briefcase), HE NEVER DIED stars punk icon Henry Rollins as Jack, a mysterious loner who has lived an inexplicably long life fueled by blood lust and filled with crime and violence. Rollins also serves as an Executive Producer on the project. Rollins is joined on screen by the Twilight franchise star Boo Boo Stewart (X-Men: Days of Future Past), Kate Greenhouse (The Dark Hours), Jordan Todosey ("Degrassi: The Next Generation"), and Steven Ogg, who is fresh off his success playing the popular character Trevor in the critically acclaimed Grand Theft Auto V.

"We have been truly blown away by what this team has achieved on this shoot under Jason's inspired leadership and lead by Henry's unwavering commitment," said producer Adam J. Shully. Adds producer Hagen, "This movie is going to show fans the world over a totally new side of Henry Rollins. He absolutely nailed this role. This performance is dramatic, sometimes frightening, and brilliantly sardonic. I am dying to share it, but for now audiences will have to sate themselves with this first - bloody - official photo."

HE NEVER DIED follows Jack in his battle with cannibalism and mental sobriety. An exceptionally prolonged life has brought depression and detachment. Jack buys stolen blood from a hospital intern, plays bingo, sleeps fourteen hours a day, watches television six hours a day, and lives alone. This is his life - he has shelled himself away from social interactions. The fuse is lit when Jack's past comes back to rattle him. Jack must now walk a tight rope of sobriety and try to eat as few people as possible in this violent tale of personal responsibility and self worth. As it turns out, there are very few reasons to live when you can't die.

HE NEVER DIED is an Alternate Ending Studio production with 108 Media handling world sales. The film is produced by Adam J. Shully and Zach Hagen. 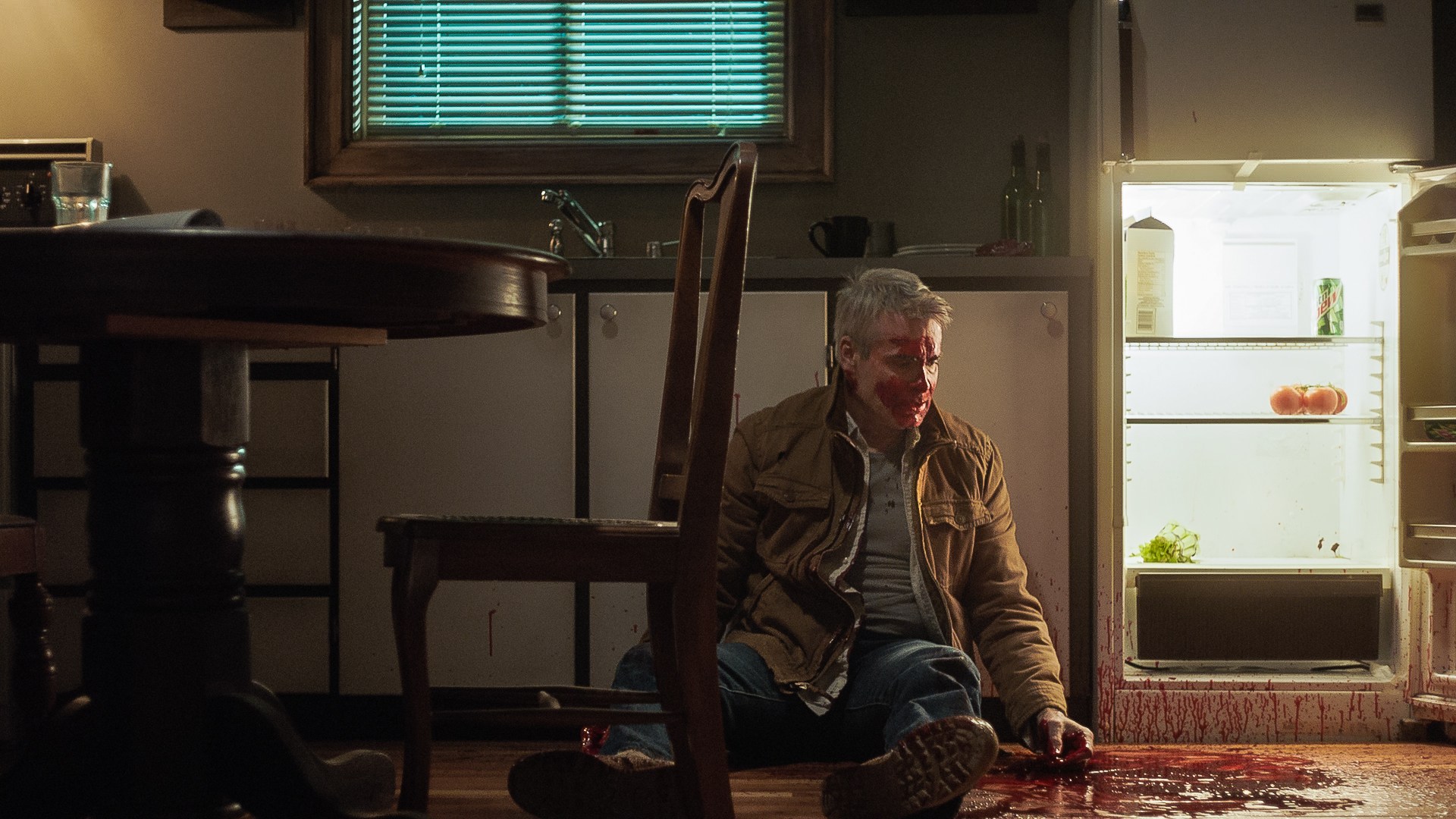 Do you feel this content is inappropriate or infringes upon your rights? Click here to report it, or see our DMCA policy.
he never diedHenry RollinsJason KrawczykBooboo StewartKate GreenhouseJordan TodoseyComedyDramaThriller