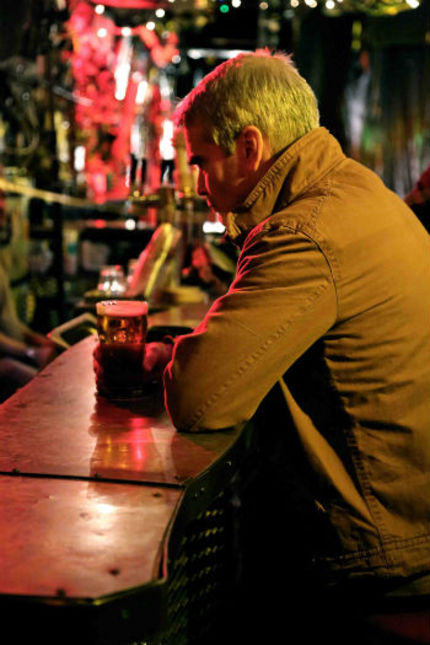 Henry Rollins scares me. The image of him, bare-chested and tattooed, fronting the seminal punk band Black Flag in the early 1980s seared itself into my consciousness, and so I have no trouble believing him as "a mysterious loner who has lived an inexplicably long life fueled by blood lust and filled with crime and violence."

That's the official description of the character he plays in He Never Died, an upcoming film from writer/director Jason Krawczyk (The Briefcase). Here's the synopsis:


He Never Died follows Jack in his battle with cannibalism and mental sobriety. An exceptionally prolonged life has brought depression and detachment. Jack buys stolen blood from a hospital intern, plays bingo, sleeps fourteen hours a day, watches television six hours a day, and lives alone. This is his life - he has shelled himself away from social interactions. The fuse is lit when Jack's past comes back to rattle him. Jake must now walk a tight rope of sobriety and try to eat as few people as possible in this violent tale of personal responsibility and self worth. As it turns out, there are very few reasons to live when you can't die.