James Marsh
Editor, Asia; Hong Kong, China (@Marshy00)
Tweet Post Submit
Last week, ScreenAnarchy was gifted the opportunity to spend an hour talking to South Korean filmmaker Bong Joon-ho about his hugely-anticipated science-fiction thriller Snowpiercer. The film opened in Bong's homeland back in August, where it quickly became his most succesful film to-date, selling upwards of 10 million tickets.
While the specifics of the film's release in the rest of the world are still being ironed out, and were discussed in part one of this interview, we also talked about the incredible cast Bong has assembled for his first English language production. Impressive for a $100 million Hollywood studio flick, how did Bong get Chris Evans, Tilda Swinton and Ed Harris, alongside his Korean regulars Song Kang-ho and Ko Ah-sung, together for his $40 million production, shot in the Czech Republic?
Below you'll find a gallery of the brilliant actors involved in the film, along with Bong's comments about how they came to be a part of Snowpiercer. Then be sure to click through to part three of the interview here. 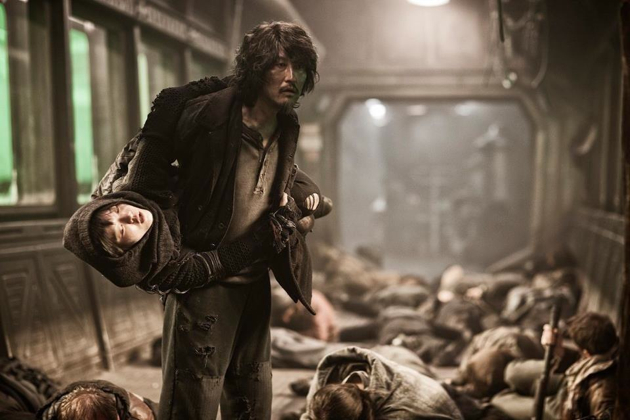 I was very lucky in the case of my Korean actors, Song Kang-ho and Ko Ah-sung. We know each other very well, we are partners. I suggested this movie to both of them in 2009, even before I started writing the adaptation. "Let's take on the train, but perhaps you have to wait maybe 2 or 3 years," and they both said "Okay I will wait." It was that simple. 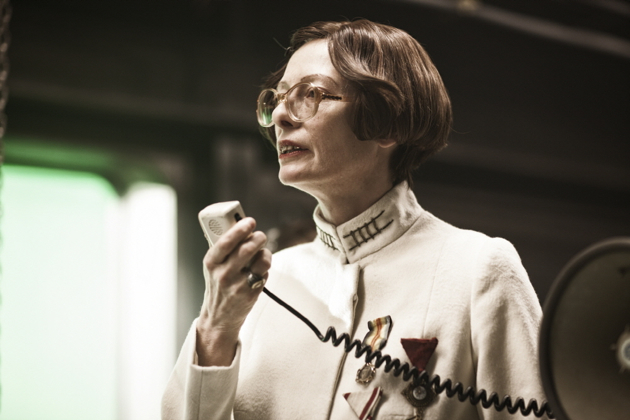 I met Tilda Swinton at the Cannes Film Festival in 2011. I was a Jury Member for the Camera D'Or and Tilda was there with We Need To Talk About Kevin. I was a big fan of hers. When I was in the Cinema Club at university I watched her Derek Jarman movies, also Orlando, which was quite successful in Korean art house theatres. I was fascinated by her performance in that movie. And Michael Clayton, yeah I was a big fan.

And finally we met, we had a great lunch in Cannes and we promised "Let's do something together!" At the time there was no final draft of Snowpiercer, and I checked the script but there was no role for Tilda. So I changed the gender of her character, Mason, just for her. Then I sent the script to her, she really loved the character, and everything went very well. 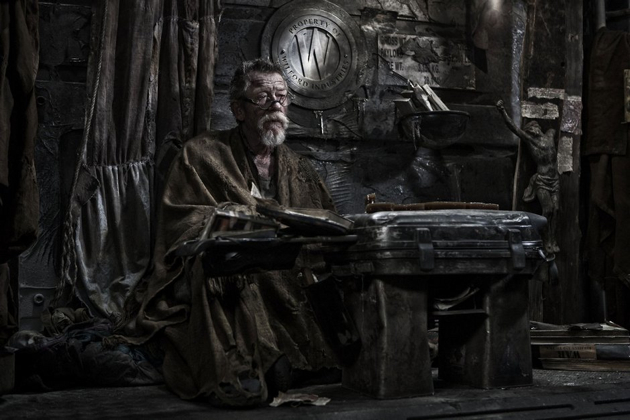 I met John Hurt in 2011 in London. My agent and producer went to meet him. At the time we also didn’t have the script but we just met. I admire him, he’s some kind of legendary actor, the chest burster alien coming from his chest…he's the very first alien mother.

We met in London and he really loved my previous movie, Mother, which he had seen at the BFI. We also promised to do something together and he became Gilliam in the movie. And Tilda and John, with those two names already attached to this project, it was quite a big deal, very important credit. It gave other actors confidence and they were more easily persuaded to join the project. 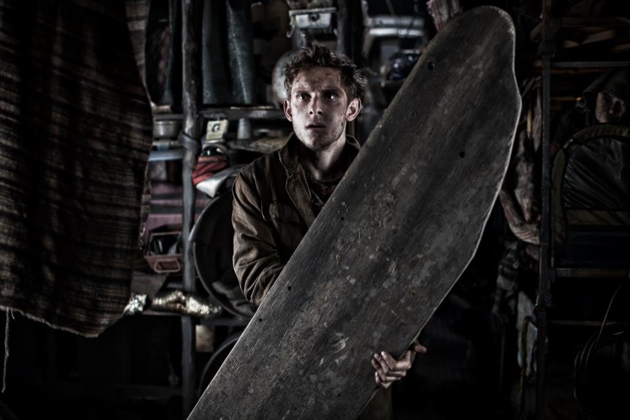 Jamie Bell was recommended by my casting directors, Jenny Jue and Johanna Ray. With the character of Edgar, there is some hidden secret story between Curtis, Chris Evans’ character, and Jamie Bell in the movie. When Edgar was very young, some tragic thing happened, and the funny thing is every audience in the world remembers a very young Jamie Bell because of Billy Elliot. It’s outside of the text but that is very helpful for this movie. In this movie we can see only the older Jamie Bell, but the audience can imagine and remember his childhood because of that other movie, because he started as a child actor. It was a really brilliant idea by our casting directors. 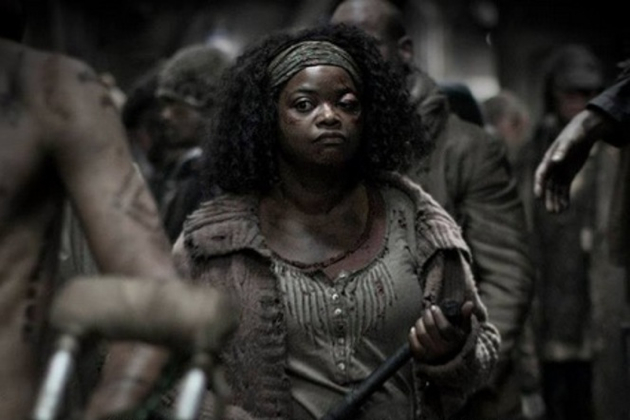 With Octavia Spencer we were very lucky. She was also recommended to us by our casting directors and during pre-production she won an Oscar. We had cast her already. She also had a very strong desire to do a sci-fi movie. Octavia is a huge fan of comic books and sci-fi movies and novels, you cannot imagine, so she really hoped to play some strong character in a sci-fi movie. She watched The Host a few years ago, so it all happened very naturally, very easily. 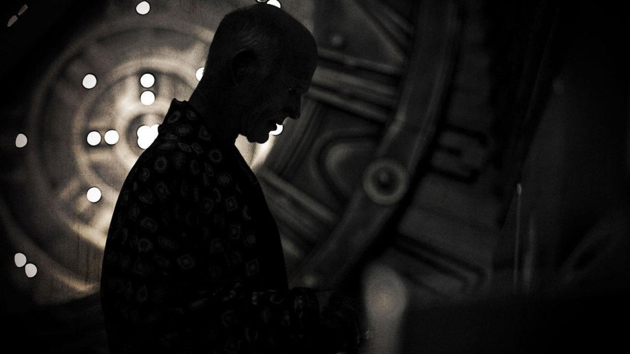 Ed Harris was the very last man who came onboard. Who can be Wilford? When we cast Ed Harris, he only appears in the last part of the movie, and he came to the Czech Republic in the very last two weeks of the shoot. Actually I never met him during pre-production, he just came.

At that time I was a little bit nervous because maybe he is very charismatic or a little bit maybe, I just imagine he is a little bit difficult. But when he arrived in the Czech Republic it was totally different, he is very gentle and nice and very soft...and he loved Memories of Murder a lot. When we met he asked me many things about that film. It made me comfortable and we spent a wonderful two weeks in Prague.

During the post production in L.A., he lives in L.A., near Malibu, and I visited his house and we did great coffee time there. He's such a nice man. I never imagined but he's a great person. Not only as an actor but also as a man, a person. He's such a great man. He's also a director, so he understands the point of view of the director. He was very supportive. 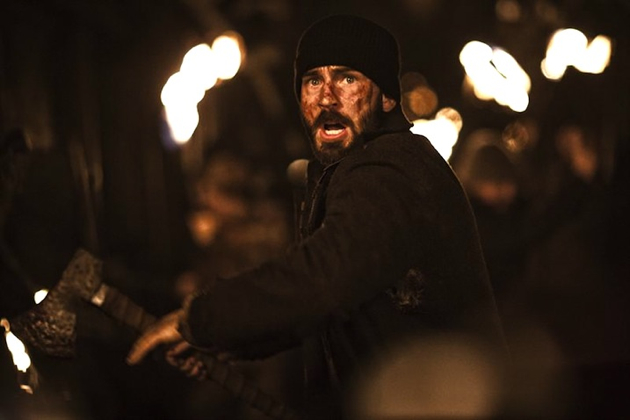 Chris Evans was interesting. During the casting process we had a very tight meeting schedule with the actors in Jenny and Johanna’s office in L.A. and suddenly we discovered there was a name – Chris Evans – on the list.

”Yeah. He is coming now, from Boston. Maybe he’s on the plane right now.”

So we were very happy. Captain America is coming! We never sent him a script or anything but I have an agent in CAA, he is also in CAA. Maybe his agent told him about this project.

Anyway, he loved Memories of Murder but frankly speaking I had some kind of prejudice against Chris Evans. I thought of him as some kind of typical American hero type of actor, but Jenny did a really wonderful job, she told me to watch the movie Puncture, a very character-driven independent film. In that movie Chris plays a very sensitive, delicate lawyer, but a drug-addicted lawyer. In the movie Chris was very different from Captain America.

Actually, Chris always did some kind of serious character-driven small budget dramas between those huge blockbusters, like Puncture or The Iceman. Chris is a supporting role, but it’s a very unique story about a serial killer based in the 1970s. He has very long hair, he is very unique in that movie.

He already did those very different kinds of job in the movies, but in Snowpiercer we needed very strong action from Curtis, but at the same time Curtis has a very dark and sensitive background story and some very traumatic experiences. We needed a very delicate aspect of Curtis, and Chris Evans was perfect for that.