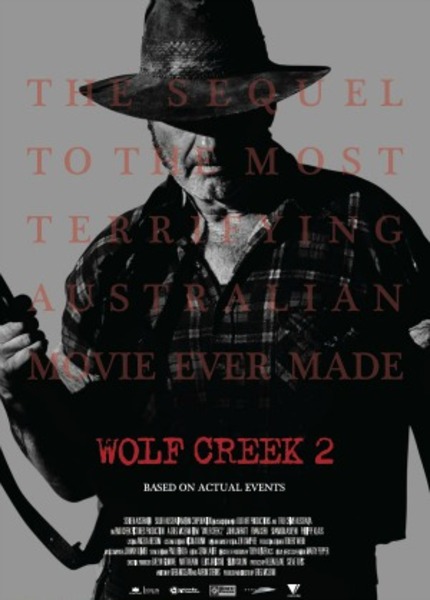 It was back in 2005 that Australian director Greg McLean burst on to the international scene with his debut feature, Wolf Creek. A riveting, nasty picture Wolf Creek became a sensation amongst horror fans around the world thanks in no small part to the charismatic performance by John Jarratt as serial killer Mick Taylor.

Well, it's now eight years later and Mick is back.

McLean's Wolf Creek 2 had its international bow in Venice and with the Australian release now edging closer the first official trailer has just arrived. Check it out below.

Wolf Creek was a nice flick, a '7.5' movie for me, but i have not that HYPE to want a sequel...this one looks nice, again...but nothing mindblowing

I wasn't too impressed with the first one, I'll give this a shot though.

So, an Australian version of "The Hitcher" ? The first one was underwhelming. This one looks rather overblown.

"fans around the world thanks in no small part to the charismatic performance by John Jarratt as serial killer Mick Taylor."

Jarratt looks very menacing here, could be the start of a loooooooonnnnggg franchise.

But I hope Greg McLean makes a razorback film first, I would love that.

Looks entertaining, reminds me a little bit of Roadgames (1981), thanks Mr Brown.