TIFF 2013 Review: HOW I LIVE NOW Does Young Adult Better Than Most 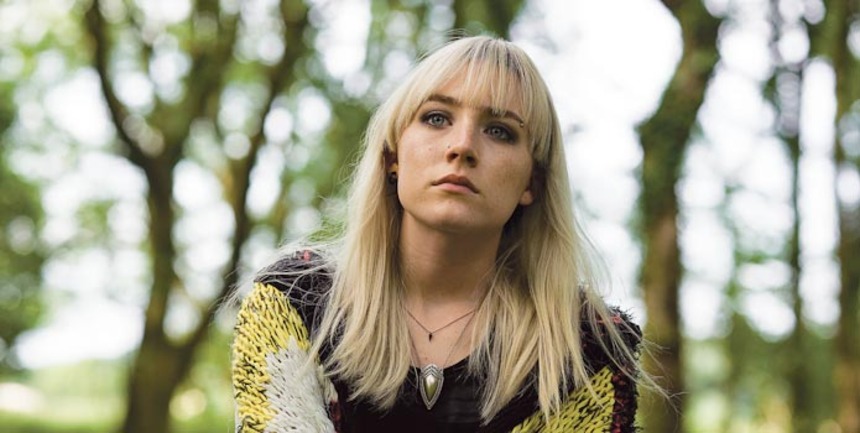 It's hard to throw a stone in Hollywood without hitting a Young Adult novel turned quickly-optioned screenplay. Nine times out of ten the story involves mythological creatures or futuristic themes. So you would be forgiven for dismissing the big screen adaptation of Meg Rosoff's 2004 novel How I Live Now as yet another sci-fi-ish Young Adult adventure. And in some respects you would be right. Yes, this film of the same name follows the similar tropes of eschewing hard character development for the convenient empowerment of teenage romantic love. But it does so with the steady hand of an accomplished director that is able to avoid the pitfalls that many of these films fall into and ultimately deliver a rather enjoyable character journey.

The task of steering the ship falls to Kevin Macdonald; perhaps best known for helming The Last King of Scotland. Here he directs Saoirse Ronan as the bratty American teen Daisy, who is sent to the English countryside to stay with her distant cousins for some unexplained reason. Daisy's staunch determination to have a horrible time is eventually whittled down by the fun-loving cousins and natural splendor of the beautiful farm. It also helps that her eldest cousin Edmond (George MacKay) is a total hunk.

The film takes place not far in the future where it's made clear that the world (or at the very least, Europe) is teetering on the precipice of a large-scale war. This fact is of little concern to the carefree kids or the majorly crushing Daisy until an enormous explosion in London reverberates across England and ostensibly pushes the UK off that cliff. While fear initially overwhelms the kids, it eventually gives way to a joyous sense of camaraderie that compels Daisy into Edmonds bed, creating a romantic explosion in the young girl rivaling the one that flattened London.

The reality of war quickly catches up with the kids and they are separated by force -- launching Daisy on her true adventure to do whatever is necessary to reunite with her lost love. That's a bit of a shame as the romance between Daisy and Edmond is handled very well by Macdonald and the film is at its best in these moments of escapism. The story is very much from Daisy's point of view so it can be forgiven that Edmond is basically treated like a piece of meat with slightly more than zero development put in. What are even less explored are Daisy's and Edmond's slightly psychic powers that get alluded to but never exercised. This is likely a vestige of the novel in which it's easy to imagine such a thread having more time to develop.

Most of the problems of the film can be attributed to that same case of adaptation discord. Very little attention is paid to the bigger picture of what's causing the war and it isn't very clear why Daisy ended up in England in the first place. There also seems to be a lack of focus and a general sense of unevenness as the film bounces between teen drama and action adventure. It takes a rather long time before the adventure elements really kick in. To the film's credit, this is likely because there are so many important story elements in the first portion of the book and the filmmakers chose the correct decision not to gloss over these in favor of a fast paced, more Hollywood-style action adventure film.

By and by we come to feel a strong connection to Daisy. Much of the acclaim should go to Ronan who has matured quite a bit in the last few years. Even though she's playing slightly younger in the story, Ronan was 18 at the time of filming and this is the first film where she's looked less like a kid and more like a woman. Though it isn't without its faults, this connection coupled with the well-directed package by Macdonald rescues How I Live Now from the dregs of the Young Adult aisle and makes for a genuinely engaging film.

How I Live Now made its world premiere at the Toronto International Film Fest. Magnolia Pictures will be releasing the film in the US on November 8.

How I Live Now