Indie Beat: The Road To Sustainable Filmmaking And How Crowdfunding Platform Seed&Spark Could Pave The Way 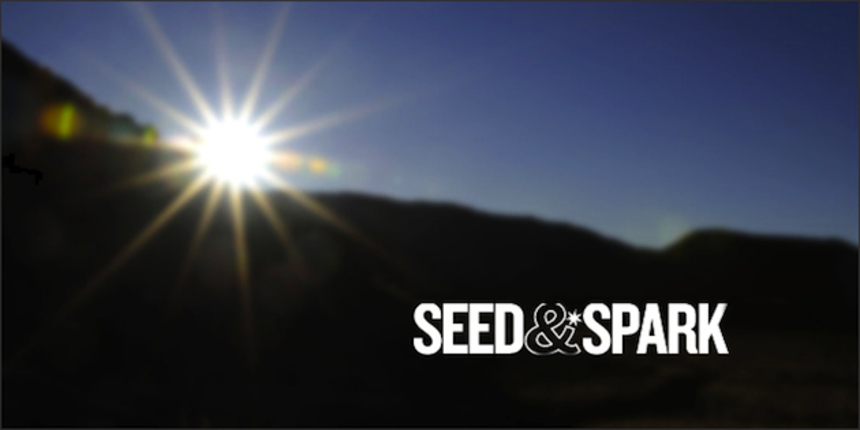 Though I may not always find the proper footing for sharing big ideas here it has always been my goal with Indie Beat to discuss independent cinema as a frontier realm -- in the artistic sense, but also of a technical one and of the business. Or rather redefining and melding the business closer to the other elements at play, because, after all, they all have to flow together. Now of course, as with anything, this kind of thinking isn't new, but in the digital age it is being revitalized and legitimized in big and exciting ways. Today's column is going to try and talk about some of those means and ways. Whether filmmaker, critic and/or audience, we must all play our parts supporting and/or creating something that I hope can be sustainable and community-based.

But before we go any further the question must be asked: What do you think sustainable filmmaking is, Ben? The ultimate answer would be a community of filmmakers that trade resources such as equipment or locations back and forth, a fair barter system that sustains and grows the individual storyteller's goals as much as the group's. Money would be a part of the equation (thinking like an investor is creative), but wouldn't necessarily have to be the leading force in getting the film made. A recent example that feels semi-close to this idea is the so-called Mumblecore movement, where actors in one film would produce another, a moderately sized group and splinter groups sharing resources and knowledge.

Now, when we use words such as sustainable and community in a dialog centering around filmmaking something else isn't too far behind. Yes, I'm talking crowd funding  Whether you've created a campaign of your own on Kickstarter or IndieGoGo, supported someone else's, or observed from the stands as the game and its rules are seemingly ever put into question, there's no doubt that crowdfunding is going to be, if not already is, an integral part of getting certain kinds of films out there. Now I'm not here to discuss who should or shouldn't be utilizing these platforms (quite simply, they're out there for anyone to use, regardless of money already invested in the project), I'm here to gather information about the ideas and pathways to sustainable filmmaking and of transparency in creativity, which I think goes way beyond crowdfunding. To do this I've turned to a digital platform called Seed&Spark. 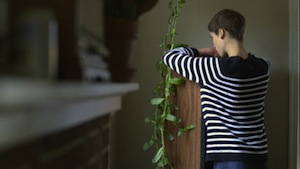 I first got wind of Seed&Spark last winter when I listed Peter McLarnan's The Sound Of Small Things in my top ten of 2012. ...Small Things was indeed a small film, endearing in its inventiveness and compassionate towards its subjects: a newlywed couple. I was frustrated that the film hadn't found a path off the festival circuit, until I discovered that it was streaming in the online cinema of Seed&Spark. The site described itself as a fair trade filmmaking community. "What an idea," I thought. "But what exactly is that?"

Amanda Trokan, the company's Director of Content explains: "Seed&Spark is the world's first curated crowdfunding AND streaming platform in one.  It not only provides filmmakers with a tool to fund their projects and/or distribute their finished films, but more importantly it allows filmmakers to reach their audiences directly and build a following that can, well, follow them from film to film."

"I think the coolest part is the ecosystem we're establishing, where audiences can feel good knowing that their money is going directly to support filmmakers and projects they like - that their opinion matters; that they're voting on what's worth watching with their dollars and recommendations - and that filmmakers get used to the idea of asking to be paid for their hard work. (Filmmakers in the Cinema keep 80% of revenues and 100% of their rights.) Much like I would walk a block further/pay a little more for a cup of coffee from a mom & pop bakery I want to support, or if I know it's, well, fair trade and good quality.  And, if those filmmakers have operated entirely independently from end-to-end, they have created exactly the type of film they set out to, with fewer hands in the pie with say, for final cut, etc."

Trokan came on board S&S after meeting founder Emily Best at a screening, excited and enchanted by the ideas that the start-up promised. Screening films for The Hamptons International Film Festival, she says, "I'd discover submissions that were just wonderful but didn't yet have a home from which the rest of the non-programmer world could discover them, and the desire to champion those films until they were found is what made me consider such a role, programming the streaming side of the site."

I began to work with Trokan in the spring when S&S asked me if I'd like to curate a page of films that I really liked but had yet to find a home outside of the festival circuit. I jumped at the idea, eager to share a swatch of films, thrilled that these filmmakers could get their darling gems out there in a way that would enable them to keep creating. Trokan calls the curating/programming of these films Conversations. "What we are looking for are films that spark a larger dialogue," Trokan explains. "We're seeking high quality films that bend and stretch the 'rules' of what's popular in Hollywood either by subject matter, technique, fundraising method, etc. Using expert guest curators to program Conversations - a group of films that speak to a common theme beyond just genre."

"We're also moving those Conversations into real life conversations by hosting our first fair trade film festival WestFest, which turns the notion of festivals on its head by providing completely transparent revenue share with filmmakers, as well as not demanding any sort of premiere status - all of these films are or will be available on Seed&Spark when we have the festival. We'll just be making an event out of it and having conversations about the films, as well as some alcohol to make it lively (All for the price of a latte! Guess we have a coffee theme going on here). It's very much an experiment, a film festival beta test if you will, to see if our theories work - much like our start-up as a whole, everything is a beta test at this point!"

WestFest will run October 1-3 at The Hub in Downtown Los Angeles. I'll be there, and surprise, surprise, participating in a screening and conversation around The Sound Of Small Things. This ties into my own Conversation on the site about the immediacy of distance, titled Shared Spaces, which will be online starting in late September. Rounding out the starting slate of films along with ...Small Things, will be the Romanian metaphysical-laced comedy Domestic and the stealth sci-fi experiment Sundowning. All three films I've reviewed at ScreenAnarchy, and thus, are linked below.

So, on this road to sustainable filmmaking, I'm playing my part and Trokan hers. But what about the filmmakers themselves? What have they taken away from a platform such as Seed&Spark? For this I turned to director Steven Biver and writer/producer Legrand McMullen, the first filmmakers to go through the entire process at S&S, from funding to distribution, with their short Twilight Zone-esque Bird Call.

"Legrand and I are longtime friends. We used to play in bands together. Some years ago when I moved from just shooting photography to adding video, we started to talk about working on something together," recalls Biver on the long-digesting origins of their collaboration. "Steve and I just naturally came together with this idea," McMullen adds.
"As we were getting our crew together, Steve turned me onto the beta version of Seed&Spark."

Biver elaborates, "I believe it was Ted Hope who posted something to his Facebook about them and I thought that looked interesting, so then Legrand made contact."
"Now we had been aware of crowd funding ideas," McMullen chimes in, "and my buddy in L.A. and I would sit over beers and talk about digital media and different distribution platforms. The one thing that really attracted me to Seed&Spark was the fact that they just focused on film. So with that focus solely on film I felt they were more invested. I hoped that focus would help us." 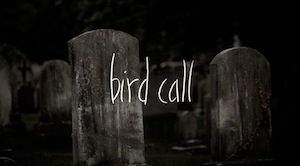 And how did Biver and McMullen utilize the platform? "We had the support and the equipment we needed, so for us it was a fundraising platform," Biver states. "But what I think it gave us was a sense of community, especially for our cast and crew who were volunteering to do this. It was this extra support and more credibility and momentum."

When I asked Trokan how she envisions the online state of filmmaking, both at S&S and elsewhere over the next two years here answer backed up some of my hopes for a more open, expanding playing field. "I'd say that transparency is where we at Seed&Spark would like to see some change. It helps all parties make decisions - filmmakers, financiers, and audiences. Filmmaking via various web tools and platforms will be able to help create the lowest possible costs in production, help gather audiences from inception (regardless of the project's budget), and will help distribute with as few middlemen as possible. Thinking about the 'state of filmmaking' brings me back to artists getting used to the idea of not giving away their work for free:  A hundred years ago it was our doctors that were paid the big bucks, now it's our bankers, and who knows, maybe a hundred years from now it will be our writers/thinkers/artists?  Do we, the little people, have the power to shift the economy by paying for what's important to us? Or do artists who want to make a living have to move to other countries where the government provides more support? It will all be very interesting to see how it shakes out."

Keeping the conversations going between audience, filmmakers and critics, while opening up new avenues to play in is then key to transparency, which in turn feels like the right step towards a sustainable community of filmmakers. And who knows, maybe this is already happening. It's a big world. Now for me personally conversation especially is what I've wanted to give the most momentum to these last four months of writing this column. I'm not sure if I've achieved any level of momentum, but as long as a few people are considering the stories I share here, and I can continue to keep talking to folks like Trokan, Biver and McMullen I suppose that'll do. And, of course, a more transparent, low-cost, visionary approach is a path I'm certainly excited about, and one that could yield a more cooperative, sustainable filmmaking ecosystem. And so, for now... it goes... it goes. Or something like that... right, Kurt Vonnegut?

For more info on Seed&Spark click here, and to watch Bird Call, click right here. To find out more info and to purchase tickets to WestFest, massage these words with your mouse.

Do you feel this content is inappropriate or infringes upon your rights? Click here to report it, or see our DMCA policy.
bird callcrowd fundingindependent filmmakingseed&sparksustainable filmmakingthe sound of small thingswestfest