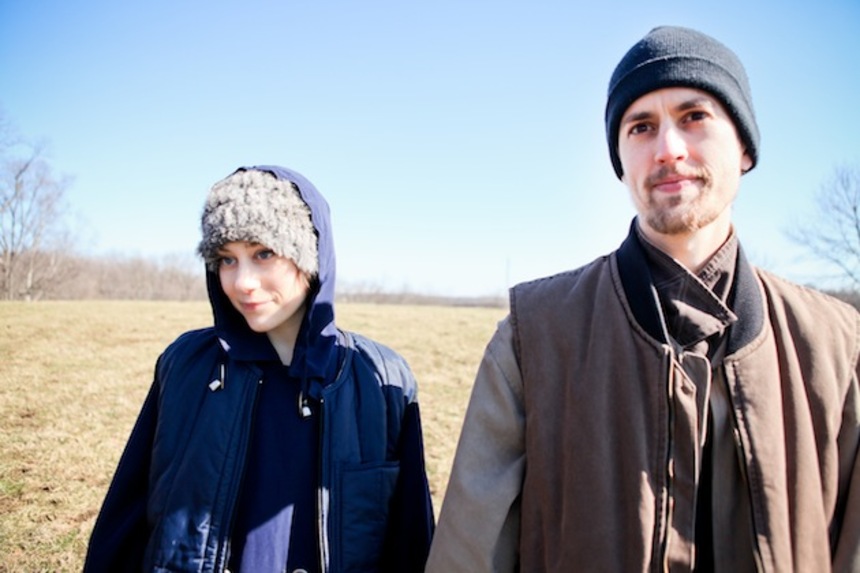 I met Andrea Sisson and Pete Ohs (collectively/creatively known as Lauren Edward -- their middle names) the night their documentary I Send You This Place screened at WestFest, an experiment in micro-festing put on here in Los Angelese by the fairtrade filmmmaking site Seed&Spark. I had curated a pair of films that would be playing the final night, but made it a priority to attend all three evening of the fest. As the short block of credits rolled for their film I knew instantly that I wanted to speak with the married couple about the journey they had just shared with us... and what was next.

I Send You This Place is a documentary of emotions, gauged, weighted and balanced by the environment these vessels of emotion (Sisson and Ohs) find themselves in. Enter the tumultuous and beguiling Iceland. For the ten months they lived in that land up north it wasn't their intention to make a film, but that is what Sisson and Ohs ended up with: An expression and exploration of self in one of the most fantastic places on Earth.

Sisson appears in almost every frame of the film, questioning and questing for some semblance of truth for herself, all the while relaying her experience to us, to Ohs (mostly behind the camera), and far, far away, yet somehow so close, to her brother, Jacob, who is schizophrenic. She begins to recognize the nature and seasons of Iceland as being schizophrenic too. So then why must we consider a place so wonderful and beautiful for these reasons and not always a person? Are these not all gifts of some sort? 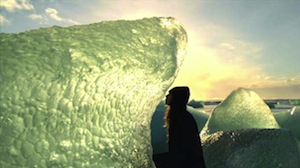 "For me the biggest things in my life to happen are these emotional humps I go over, " Sisson expressed days after the fest. The three of us are sitting in their kitchen at their home in Echo Park. "It's like 'something happened today!' Not like 'I had to do my taxes. I had to do this shit.' That's not real stuff."

We've all been in L.A. for less than a year, and are all figuring out how to find, create and cultivate a community of like-minded folk here.

A few days before we're scheduled to meet they send me their first narrative feature script Everything Beautiful Is Far Away. Like I Send You This Place, the new script's beauty comes in its formal simplicity and existential depth. It is the journey of a young man named Lernert, Susan his girlfriend -- who is merely a robot head -- and of Rola, a precocious and spirited young woman. The trio travel across a seemingly infinite expanse of desert in search of a mythical lake. It's a fairy tale like Star Wars is a fairy tale. That is if Star Wars took place entirely on Tatooine and was written by Miranda July. "No bad guys come," Sisson says of their script.

Not surprisingly, Ohs and Sisson look as if they've stepped out of some kind of fairy tale too. Ohs is slim and stoic, ruminative in that serene monk-like way, with deep and knowing eyes. Sisson by contrast, with her bangs seemingly inspired by architecture rather than merely hair, is a woodland sprite. If that sprite had gone to the big city.

Their home is simple but interesting, bright and easy to be in. As our conversation gets underway I realize this is a perfect reflection of the couple themselves and of their work. This syncronicity  then, between place and people and their way of being, is not startling, but it is energy and refreshing. My plan in interviewing Ohs and Sisson was to be able to talk about their documentary and their experience in the independent world.

As we sit down and I hit record Ohs tells me he's been on my end "so many times. It doesn't help. But sometimes I think about what I think you want me to say." I tell him I never want soundbites. "It's like 'no don't think about it man. Just talk to me'," he replies. Sisson asks him if he can hand her a bag of apricots. "I want to nibble while we talk."

About half way through our talk I realize I'm not going to be able to write this up any straight forward way. Indeed, sharing the transcript of the talk would be a multi-part epic, a deluge of excited voices tumbling over and onto and into each other, suddenly shifting tenor, cadence, rhythm halted, then vaulted by laughter. Then all together quiet and contemplative. It's about five minutes after I've hit record when Sisson asks, "Is Michael Bay richer than Wes Anderson?"

Sisson's bright, inquisitive eyes blink only once before Ohs and I say, almost in unison: "Absolutely."

"Really? I think Wes Anderson must be extremely rich." 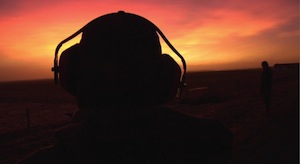 We've been talking about what mainstream can mean versus independent cinema. It started with Sisson and Ohs thinking that Everything Is Beautiful was a more mainstream film. And certainly when compared with the highly experimental, video installation-like I Send You This Place, it is. "I think we should stop using the word mainstream," Ohs declares. "But for the past few weeks we've been moving through perspectives on ourselves and our place in the world. We created our own definition of what mainstream was, we liked that definition and we owned that definition. We took ownership of that word and we said 'we want to be mainstream, we want to be mainstream'. It wasn't until this phone call this morning, when we talked to this guy who would be considered super mainstream stuff, that I realized 'oh right... our sensibility is not mainstream.' He straight up told us 'this script is not mainstream'."

Sometimes I wonder if America in particular has developed something of an anti-culture culture. I stumble through my explanation of this fear that if something can't be readily consumed and spit back out then they don't want it. "There's almost a kind of perverse snobbishness about it," I say.

"There's something funny about the consumption as eating metaphor and the thing about digestion issues," Ohs says holding up the bag of apricots we've now all been nibbling from. Sisson raises an eyebrow. "Well, it's wanting that good quality," she says. " And yeah, we love digestion, look at this... coffee and apricots, hmmmm... I guess I see a lot of independent films as more artistic in some sense, which puts them at a higher value to me. But they cost the same to go and see as mainstream movies. And then in how much they make... well, they make less."

Sisson's background is originally in fashion design. The initial reason for their trip to Iceland was because she got a Fulbright Scholarship to study there. In the world she's come from, the way money flows from artists to buyers can be strikingly different from that of film. "In the fashion world," Sisson states,  "I could be spending my time making clothing. If I worked at a more mainstream design company it costs a lot less money to make and I am making less money compared to if I worked at Chanel. At Chanel less people buy it and it makes more money. But with independent film, less people see it, it makes less money and it takes less money to make it." 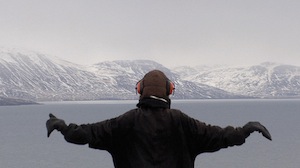 Ohs chimes in: "But there's more money being spent to produce H&M clothing or Gap clothing than Versache." Ohs has been making music videos for the likes of Arcade Fire and Best Coast, plus working in television as a director and editor for coming up on a decade.

One thing I'm keen in asking creative folks about is what they think the difference is, if any, between the process of making something versus the practice. "I know for I Send You This Place we were very interested in recording our process," Sisson unfurls. "I think that's the movie exactly," Ohs adds. "The movie is a process," Sisson continues. "I feel like my life is majority 90% process these days maybe 'cause I'm processing a lot of new things? And because practice reminds me of the film Jiro Dreams Of Sushi, when you're just like making the sushi."

"Dare we say that process is the why and practice is the how?" Ohs adds. "There's so many of these spirals, all these tracks that are affecting each other which I don't think is singular to a creative person," he continues. "It's what frickin life is y'know? Every time you walk in the street there's another cycle of input that's affecting everything." Sisson chimes in: "It's like the process of writing Everything Beautiful Is Far Away... and then we moved on to another process of writing yet another film, so then we have to go through the practice of making... it is like spinning plates, I mean, spin this one and spin this one."

Earlier Ohs asked me how I would explain what being an independent filmmaker is. After a long spiel about making films on your own or with friends, citing Richard Linklater (which I often seem to do), making your own authentic art and contributing to moving the culture forward, I eventually ended up saying that an independent filmmaker is someone who "looks at things with fresh eyes and a curious mind." It's only much later that I realize I've just described Ohs and Sisson in a nutshell.

To purchase a DVD of I Send You This Place, or to watch it streaming online, and to see more from Sisson and Ohs, please visit LaurenEdward.com

Do you feel this content is inappropriate or infringes upon your rights? Click here to report it, or see our DMCA policy.
andrea sissoneverything beautiful is far awayi send you this placeindie filmmakinglauren edwardpete ohsseed and spark