Kurt Halfyard
Contributing Writer; Toronto, Canada (@triflic)
Tweet Post Submit
Welcome to this week's entry for New To Netflix! Not that we are actually new to Netflix, we're just happy, able, and willing to help you find out what kind of 'Twitch-y' material is coming to the big red virtual envelope in the streaming room.
This week sees a flood of product into all territories, including a number of films from the 1970s and 1980s.  We've got a classic horror film from Nicolas Roeg, a porno-violent satire from Paul Verhoeven, the birth of Parkour on film, one of the best horror remakes ever made, and Joe Cornish's council estate creature feature expanding to Scandanavia. Onward! 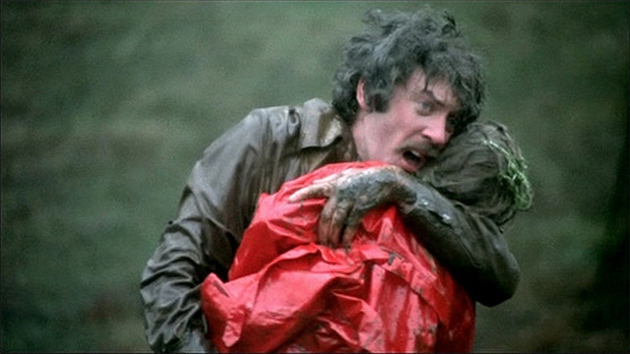 One of the best horror films ever made. Period. In the astounding opening sequence, director Nicolas Roeg paints a picture of of mounting terror by image association and abstract editing to imply that John Baxter (Donald Sutherland) has a moment of intuition that something bad is going to happen to his daughter. It does.

Freshly grieving for his daughter, John takes a job restoring a church in Venice, and brings along his wife Laura (a fragile Julie Christie) in the hopes that a change of scenery will help. It doesn't. As Laura starts seeing psychics to communicate with their daughter, John takes a position of steady pragmatism, but keeps seeing his daughter creeping around in the shadows of Venetian canals.

Taking a very experimental approach to horror filmmaking and creating a controversy that the sex scene in the film between Christie and Sutherland wasn't 'faked,' Don't Look Now has as notorious a reputation as Robin Hardy's The Wicker Man, and amazingly both films toured Britain on a double bill back in the early 1970s. 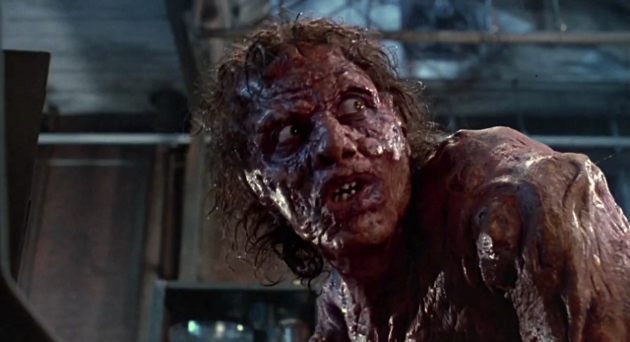 David Cronenberg, working under the auspices of a big American studio, and Hollywood movie stars Jeff Goldblum and Geena Davis managed to not only make one of the gorier movies of his career, but also proved that remakes can be truly great when the right amount of vision is applied to the project (see also: Carpenter's The Thing)

Channeling Goldblum's oddball, fussy intensity into Seth Brundle, a scientist working on a teleportation machine that accidentally combines his DNA with that of a housefly, Cronenberg makes one of the most memorable and human characters of his career, which has a tendency to lean towards the didactic and allegorical. Watching Brundle document the metamorphosis on his body (and psyche) as he evolves into Brundle-Fly is both empathetic and operatic. The film is unforgettable. 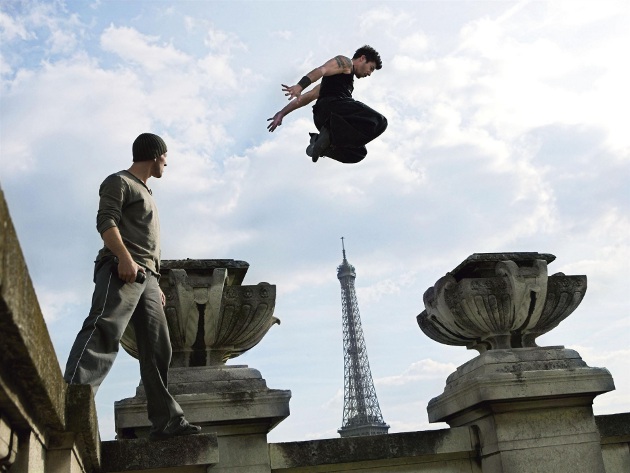 New In The UK: District B13

Before director Pierre Morel turned Liam Neeson into an ass-kicking action star with 2008's Taken, he put the sport of Parkour on the international map with this action packed Escape From New York clone. Featuring the urban obstacle running sports founder, David Belle, as well as French martial artist Cyril Raffaelli, District B13 (aka Banlieue 13) isn't big on character or making a whole lot of sense, but it certainly delivers the goods in the action department.

Set a few years in the future, the most violent Parisian ghetto, the eponymous district, has been walled off from the rest of to country to act as a de facto prison for its mostly criminal population. But when one of the gangs gets its hands on a nuclear weapon, a cop and a local B13 resident infiltrate the gang in order to stop them from using the weapon. Playing out as a kind of precursor to The Raid and Dredd, with action set pieces using the geography in a similar manner to video game levels, District B13 nevertheless makes the most of displaying its Parkour and Wushu onscreen. It might be responsible for getting a similar Parkour sequence into the James Bond reboot that came a couple of years later, Casino Royale. How about that? 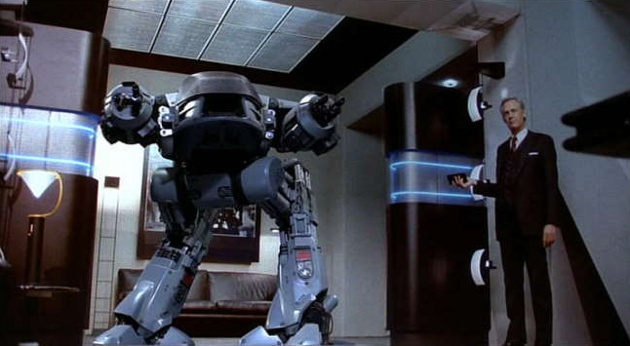 Brazilian director José Padilha is helming the reboot/remake which is due out in 2014, so why not revisit Paul Verhoven's classic eighties satire that may just be the de facto prophetic film on Detroit in 'the future.' Municipal budget collapses and an overworked police force result in big business Omni Computer Products (OCP) coming in and privatizing the cops. This is both to clean up the heavy crime element and eventually build the corporate founder's dream of Delta City.

A smaller research outfit in the swimming with sharks politics of OCP takes the body of a family man cop who is killed in the line of duty and rebuilds him as a super cop, which proves more effective than the AI military hardware product ED209. As Murphy (Peter Weller) becomes a bit of a celebrity in his new job, memories of his wife and son have him do a bit of soul-searching, along with the full revenge mission of getting the hive of baddies that executed him, Christ-like, in an abandoned, nightmarish, industrial factory.

Filled with great characters (Kurtwood Smith's Clarence Boddicker and Ronnie Cox's Dick Jones are highly quotable in their over-the-top villainy), the film mixes a wicked sense of satire with some of the most brutal on-screen violence of its day. It was controversial then, but a classic now. 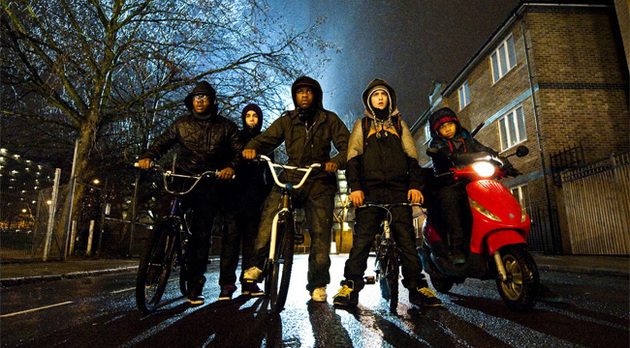 New In Norway and Sweden: Attack The Block

Joe Cornish's creature feature one-ups Super 8 for being the best Amblin Entertainment wannabe of 2011, splicing parts of Gremlins, E.T. and The Goonies into something freshly modern and distinctly British. Attention geek-loving filmmakers of the world: This is how you should wear your influences on your sleeve.

On Guy Fawkes night, the residents of Wyndham Tower Council Estate, particularly the pre-teen hoodlums and the slightly older drug dealing neighbours, bear the brunt of stopping an alien invasion by pitch black critters with rows upon rows of teeth that glow in the dark. The leader of the gang, Moses, in a wonderful turn by John Boyega, goes from thug to hero over the course of a hellish night with comedy, gore and above all, heart, wrapped in a handsome package.