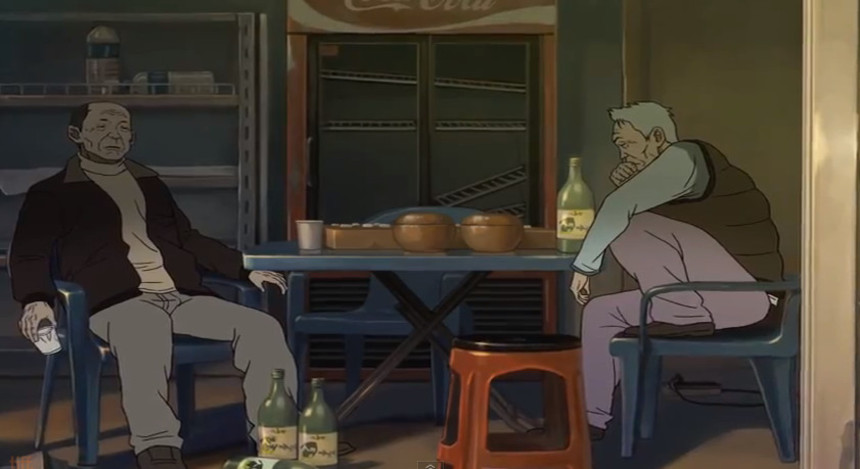 Anyone who has ever though dismissively that animation is 'just for kids' has clearly never been exposed to the work of director Yeon Sang-ho. Putting aside the multiple other levels in which that 'just for kids' dismissal is wrong - and there are many - there is the simple fact that Yeon clearly has no interest in telling happy, child friendly, heart warming tales in his work. His debut feature, King Of Pigs, was a dark and grim affair and his sophomore effort, The Fake, looks to be equally so.

The sophomore feature from provocative South Korean animator Yeon Sang-ho (The King of Pigs) is a blistering critique of organized religion, set in a rural village where a manipulative church minister schemes to defraud his flock.

With most of Asian animation trying desperately to mimic the success of Japanese anime, Yeon's stubborn adherence to his own unique aesthetic is a breath of fresh air. Check out the trailer below.

Do you feel this content is inappropriate or infringes upon your rights? Click here to report it, or see our DMCA policy.
animationking of pigsthe faketifftoronto international film festivaltraileryeon sang-ho