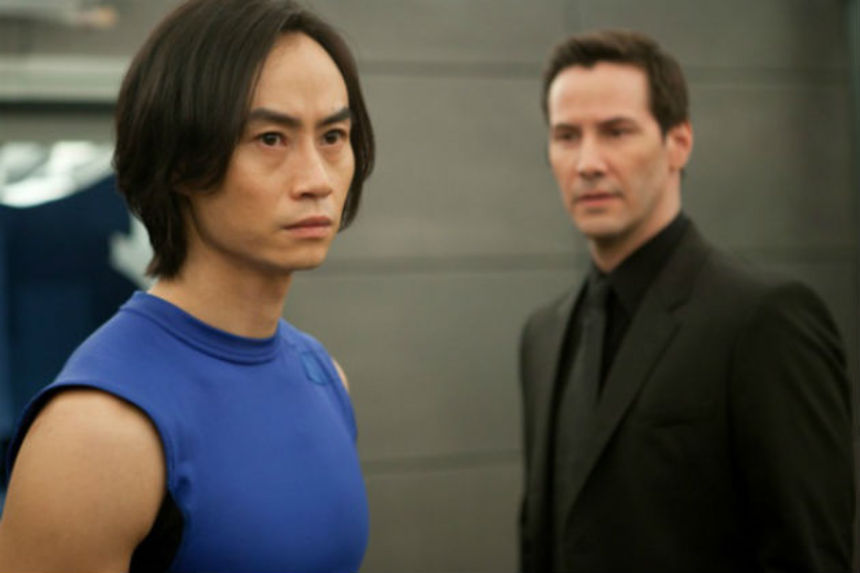 You hear that high-pitched squealing, like a pig in heat? Just to warn you: that's the sound I make when I'm really, really excited.

The first wave of titles for North America's biggest genre festival has now been unveiled, featuring many North American, U.S., and regional premieres of titles we've been covering, with the world premiere of Antonio Tublen's LFO standing out in this grouping, along with the U.S. Premiere of Keanu Reeves' Man of Tai Chi; the star / director will appear in person to walk the red carpet and strike a few martial arts poses.

Feast your eyes on the descriptions, ripped straight from the press release. We'll have more coverage on these soon. Fantastic Fest kicks off with the world premiere of Robert Rodriguez' Machete Kills and runs from September 19-26 in Austin, Texas. Rest assured, the ScreenAnarchy team will be out in full force to provide comprehensive coverage.

Borgman (The Netherlands, 2013)
North American Premiere
Director - Alex van Warmerdam, 113 mins
Something wicked this way comes in the form of the ordinary, the polite and the normal as a drifter and his followers invade the home of a bourgeois family.

Commando - A One Man Army (India, 2013)
US Premiere
Director- Dilip Ghosh, 120min
Singing! Dancing! Extreme violence and goofy one-liners from Bollywood's answer to Tony Jaa and Marko Zaror! If Cannon Films were to relocate to India, COMMANDO would be the result!

Eega (India, 2012)
Austin Premiere
Director - SriSaila Sri Rajamouli, 107 mins
A murdered man reincarnates as a fly to wreak vengeance on the villain who took his life and his lover. EEGA is an inventive, insane take on a revenge story unlike anything you've seen before.

Halley (Mexico/The Netherlands, 2013)
Texas Premiere
Director - Sebastian Hofmann, 83 mins
Though Beto's life may technically be over, he allows himself to experience it one last time before his body completely falls apart in this unique and contemplative horror film.

Kid's Police (Japan, 2013)
North American Premiere
Director - Yuichi FUKUDA, 100 mins
When evil criminal organization Red Venus strikes, there's only one team of highly specialized cops who can help. Unfortunately, they've been dosed with anti-aging gas that has turned them all into children.

Man of Tai Chi (United States, 2013)
US Premiere
Director - Keanu Reeves, 105 mins
Keanu Reeves stars in and directs this epic tale about a young martial artist who must compete in an underground fight club to protect his way of life. As the fights intensify so does his will to survive.

Nothing Bad Can Happen (Germany, 2013)
North American Premiere
Director - Katrin Gebbe, 110 mins
Tore, a member of the counter-culture Christian movement Jesus Freaks, is befriended and taken in by a family who play an increasingly cruel, violent game and push his capacity to love to its limits.

On the Job (Philippines, 2013)
US Premiere
Director - Erik Matti, 200 min
Corruption abounds in this stylish, Cannes-selected, ripped-from-the-headlines story of prisoners released on a day pass to work as killers. The cops must bring them in, never knowing how far the corruption spreads and who they can trust.

The Resurrection of a Bastard (The Netherlands, 2013)
Regional Premiere
Director - Guido van Driel, 89 mins
Adapted from his own graphic novel by first time writer-director Guido van Driel, RESURRECTION OF A BASTARD tells the darkly funny, Coen-esque tale of a career thug caught in an existential crisis.

Vic + Flo Saw A Bear (Canada, 2013)
US Premiere
Director - Denis Côté, 95 mins
An ex-con named Vic and her lover Flo retreat to a sugar shack in a small Quebec town to start anew. Their attempt to live a normal life slowly and disastrously unravels.

More about She Wolf