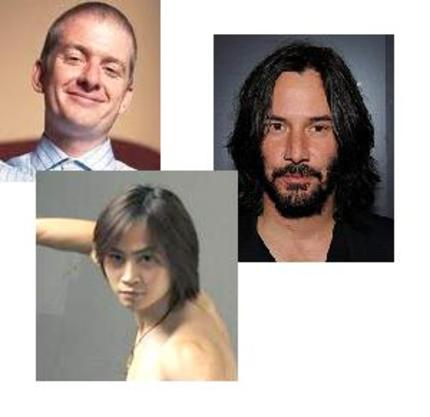 While the day is still young in several parts of the world, I will wager a bet that I will not see anything else today that will make me laugh as hard as the two videos posted below.

Weeks ago we reported that Tim League would be fighting Tiger Chen in one of the Fantastic Fest debates this year. For those not in the know: these debates start out as a serious discussion on a specific subject, but afterwards the participants step into the ring and start fighting each other, with audience and referees present.

That festival director Tim League is actually picking up gloves against renowned martial artist Tiger Chen is an act of courage indeed, and the subject was known to be "Tae Kwon Do vs. Tai Chi", but my jaw dropped when Badassdigest.com published the actual list of debates this year. For Tim has listed the debate subject as, and I quote:

"Tai Chi is a martial art relegated to elderly Chinese women and is inferior in every way to Tae Kwon Do."

To add insult to (upcoming) injury, Tim released a video stating his opinion about this subject. Gentleman extraordinaire Keanu Reeves, director of Man of Tai Chi which stars Tiger Chen, was kind enough to provide an answering video in return.

While these are gonzo festival advertisements in the most shameless sense of the word, they are too entertaining not to repost here. Tim, we salute you!