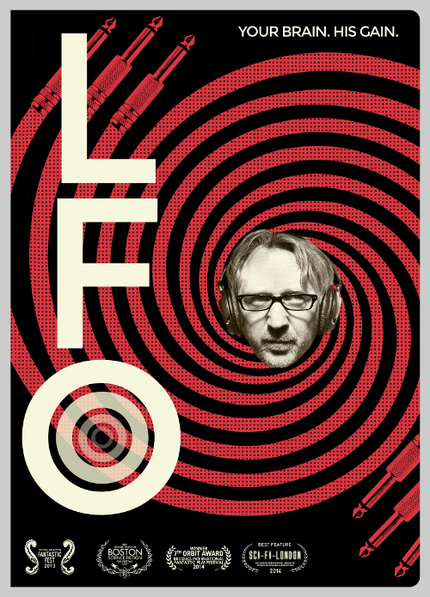 Antonio Tublen's acclaimed scifi drama LFO is available now of DVD, VOD and digital platforms from Dark Sky Films and we've got an exclusive clip to share with you all!

Robert (Patrik Karlson, The 100-Year-Old Man Who Climbed Out the Window and Disappeared), an amateur sound engineer, spends hours in in his basement full of wires and oscillators experimenting with sound waves. After he finds a frequency that allows him to hypnotize people, he lures his attractive new neighbors into his house to act as test subjects for his discovery. Under Robert's control, the oblivious couple is manipulated into increasingly elaborate role-playing games that allow Robert to indulge in his most megalomaniacal fantasies. But when investigations into the suspicious death of his wife threaten to bring an end to his demented operation, Robert must use his scientific breakthrough on a much larger scale in order to continue his warped research.

We've been singing the praises of this one for quite some time now and are excited others have the chance to experience it themselves now. Take a look at the clip below for a taste of why!

Do you feel this content is inappropriate or infringes upon your rights? Click here to report it, or see our DMCA policy.
Antonio TublencliplfoSci-FiswedentrailerPatrik KarlsonIzabella Jo TschigPer LöfbergAhnna RaschDrama