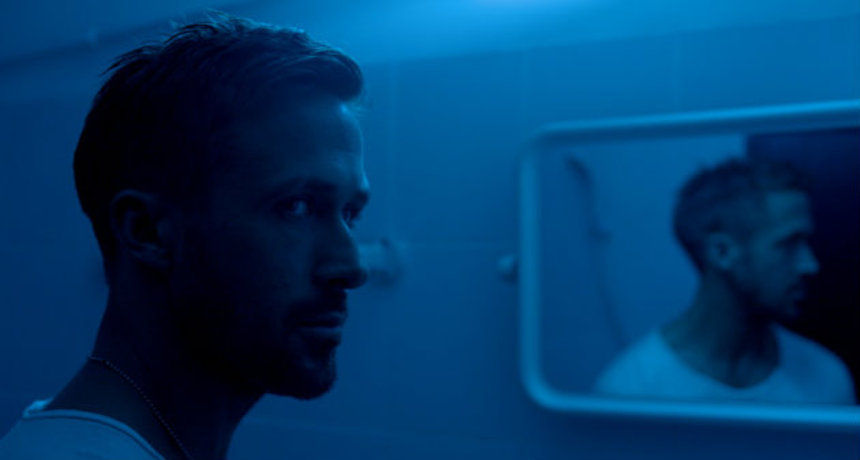 Alright parents, show of hands. How many of you plan to take your twelve-year-old to see Nicolas Winding Refn's new ultra-violent film Only God Forgives, which includes a lengthy torture scene, as well as lovingly filmed shootings, amputations and beatings galore?

Well, according to the French film rating system, as long as you're twelve or older, Refn's world of brutal violence, drug-dealers and prostitutes is A-ok for you! The film opened last week in France with a -12 rating. Now though, a minor controversy has broken out over this decision, with former socialist party presidential candidate Ségolene Royal chastising cultural minister Aurélie Filippetti and accusing her of bowing to pressure from the producers of the film to change the rating.

Indeed, the film originally received a -16 rating, but the classification apparently changed before its release. Said Royal, "I regret that Aurélie Filippetti de-classified an ultra-violent film which was originally forbidden for under 16-year-olds," said Royal. "We can't contaminate youngsters with scenes of extreme violence."

So why would the producers even want to pressure the film classification board to tone down the rating on Only God Forgives? The film is violent, sure, but it's also super-arty and extremely slow -- not exactly a movie vying desperately for under-16 demographic. Well, just ask France-based director Juan Carlos Medina, whose Toronto Selected dramatic thriller Painless (Insensibles) was slapped with the -16 rating in France.

"My film would have had a completely different life if it received a different rating," Medina said. "The classification is actually comparable to an NC-17 in the United States. If you get this rating, you lose 80% of your screens in the French territories because the big exhibition circuits will flat-out refuse to show the film. It won't hurt the film for television, but it's life on the big screen is severely compromised."

Medina's film indeed only stayed in select French theaters for a week or two, likely due in no small part to the classification it received. While the film indeed contains some shocking images, the rating is still a bit baffling. Especially when past films that have walked away with a -12 rating are taken into account. Here's a short list of films which received and R rating in the U.S. but got -12 in France.

Between the copious flesh in The Dreamers and the brutal violence in Casino, the next logical question is, "What does a movie have to do to get a -16 rating in this country? Who on earth makes these decisions?" Well, like most bureaucratic systems in France, it's complicated, and not extremely transparent.

First the film passes through a "sub-committee" composed of "men and women whose diversity of ages and socio-professional backgrounds (audiovisual professionals, members of associations, representatives of various government officials, teachers, students, housewives, retirees, ...) provides the confrontation of different points of view." According to Medina, he has met both established producers and 22-year-old interns from television stations who have served on either the sub-committee or the main committee (which I'll get to in a second).

"It's a lot like selecting a jury," Medina said. "The kind of people who are given this responsibility vary greatly, and as a result, I think their competence to classify movies is dubious. Also, it raises the question as to whether they are aware of how their classifications will affect the future of the film."

Medina went on to recall a heated discussion he had with a former commission member who was so shocked by Lars von Trier's Antichrist that she wanted to give it the ultra-prohibitive -18 rating. Under this rating, the film isn't prohibited in France per say, but exhibitors are even more likely than before to refuse it outright and it amounts to an even more severe kiss of death than the already damning -16 rating (The film, incidentally, manged to earn a -16 classification in the end).

Then the "vigilant" debates about the violence, sex and so forth begin. At least fourteen members must be present for these, none of whom have a vested interest in the film in question. These debates are not public, and all who take part are sworn to secrecy about the conversations. Because of this, Medina really isn't positive why his film received such a harsh rating.

"I heard something about it being too dark and psychologically harrowing," Medina said. "But frankly, I don't know."

Based on history, it seems that the -16 rating is reserved for only the most extreme films like Antichrist or Irreversible... Or just as often, B-horror films. Evil Dead (remake), Maniac (remake) and Hostel all received the rating as well. So then, what differentiates the torture in Only God Forgives (which I won't detail to avoid spoilers) and say, something like Hostel? Well, much like the MPAA, many claim that politics come into play.

As mentioned, Royal said explicitly that the Ministry of Culture gave into pressure from the producers when revising the rating for Only God Forgives. Filippetti's cabinet denied this charge, saying "The minister at no point intervened to change the visa given by classification commission on April 23 at the first examination." Instead, she permitted the film to be re-examined following an appeal letter from the distributors, which cited Django: Unchained and Rambo 4 as examples of -12 movies that were more violent than Refn's film. Upon review, the commission changed their mind.

According to Medina, this is a classic example of the way that larger distributors and films with star power can lean on the commission to soften ratings.

"As far as this psuedo-controversy involving Only God Forgives -- every professional in the industry knows that there's one system for small movies and one system for bigger movies," Medina said. "There's a part of the process where, depending on your professional and cultural standing, you may be able to exert pressure on the commission. But if you come with an indie film and no stars, you're going to get the harshest treatment. The system is rigged."

Despite the headlines Royal has generated, there has been no definite talk of revising the rating on Only God Forgives, which is currently playing on 334 screens. But really, Refn's film isn't the big issue here, nor is the fact that the French Ministry of Culture asserts that twelve-year olds should be able to see A History of Violence. The larger question the debate raises involves yet another rating system with little transparency which has the potential to make or break a film's success. And as much as the ministry denies playing politics, who is to really say with such a complicated, closed-door review system?

While it's probably tempting for free-speech advocates to support the knee-jerk solution of simply decimating, or completely restructuring, the system itself, Medina wishes that, at the very least, the commission would level the playing field.

"I'm against censorship, but if they're going to have this committee, I think they should be equally harsh on all films," Medina said. "And maybe once theaters are refusing to show the new films with big stars or made by popular auteurs like Refn, that will spark a more meaningful conversation on exhibitors' choices to refuse these movies."