Todd Brown
Founder and Editor; Toronto, Canada (@AnarchistTodd)
Tweet Post Submit
About to premiere as part of the Beyond program at the LA Film Festival, Brian Netto's Delivery has released some brand new artwork to trumpet their upcoming birth dates.

In this unnerving chiller, Kyle and Rachel Massy are a young couple who have agreed to document their first pregnancy for a reality show. During the production and after moving to a new home, a series of unexplained phenomena start plaguing the couple, eventually derailing the production of the show. Rachel, growing increasingly paranoid, starts to believe that there might be something seriously wrong with their unborn bundle of joy.

Told through the show's un-aired footage and interviews from friends, family and production members, Brian Netto's savvy debut feature injects the found footage genre with a fresh perspective and enough eeriness to keep you on the edge of your seat.

Delivery screens June 18 and 21, click here for details and tickets. And remember you can click the image in the gallery below for a larger version. 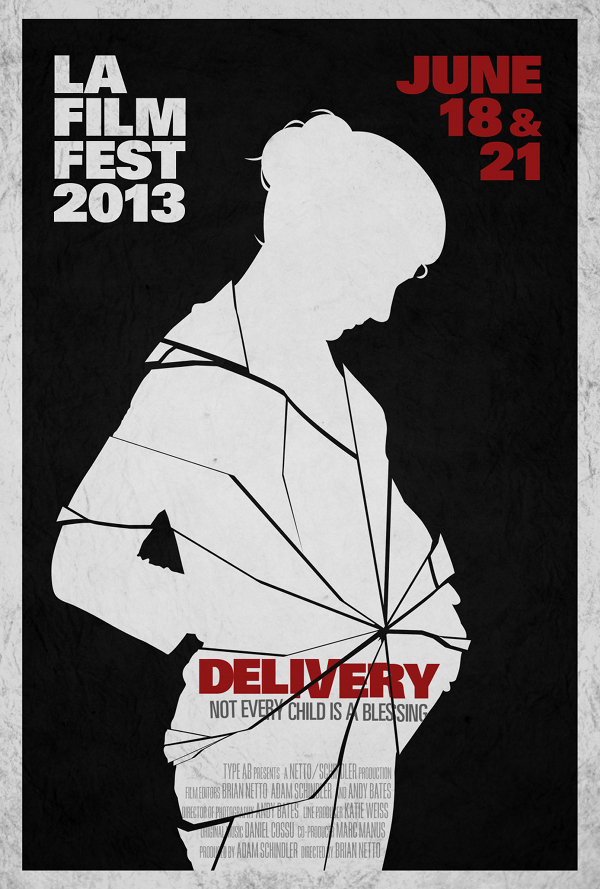