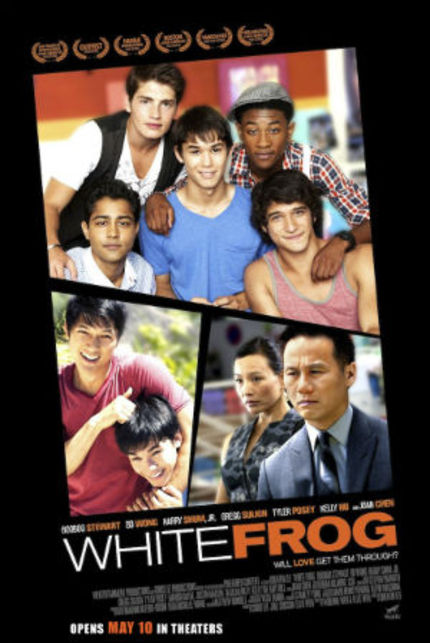 His younger brother Nick (Booboo Stewart), 15, is hit the hardest. He doesn't act like other people -- the explanation is not revealed immediately -- and he has no friends, other than his kind and supportive brother, whose loss he cannot fully comprehend.

From that bleak beginning, director Quentin Lee fashions a story of hope and faith, love and tenderness, empathy and tolerance. Screenwriters Ellie Wen and Fabienne Wen set Nick at the center of the emotional turmoil that whirls politely around him, a strategy that works largely because of the strength of the seasoned performers (Chen and Wong) who surround him, buttressing their characters with emotional fragility that barely conceals their heartache, the stunning realization that the son in whom they had placed all their hopes and dreams is gone.

Before things become too dire, Nick visits Dr. King (Amy Hill), whose direct manner of speaking provides a much-needed dose of levity. And then Nick is thrown a life jacket by Doug (Tyler Posey), one of Chaz's friends, who notices that the kid could use a little attention, and brings him along to a weekly poker gathering. There, Nick can spend time with some of Chaz's other friends, notably Randy (Gregg Sulkin), who was closer to Chaz than anyone. And then, through Randy, Nick can draw even closer to his lost brother.

The thread that connects Lee's films, whether he writes them or not, is a willingness to lay bare the kind of raw emotions that normally remain bottled up. The question of what is "normal" for human behavior is constantly under surveillance, whether in the life of a young man coming to brutal and heartbreaking terms with his family in 2004's Ethan Mao or in the course of a woman whose unexpected pregnancy causes her to wonder if sleeping with everyone she finds desirable is really the best way to lead her life, in 2010's The People I've Slept With.

Like Ethan Mao, White Frog deals with a young gay man and his fractured relationship with his family. but the new film's approach is more tender and bittersweet than outright disgusted and angry. It's no less potent in its emotions, though, and in a more measured, deliberate manner, White Frog cries out for others to display the same humane qualities that it generates with overflowing grace and humility.

White Frog opens in limited theatrical release in Los Angeles on May 10. Visit the official site for theater listings and more information.