Destroy All Monsters: I Think We've Been This Way Before, Mr. Spock 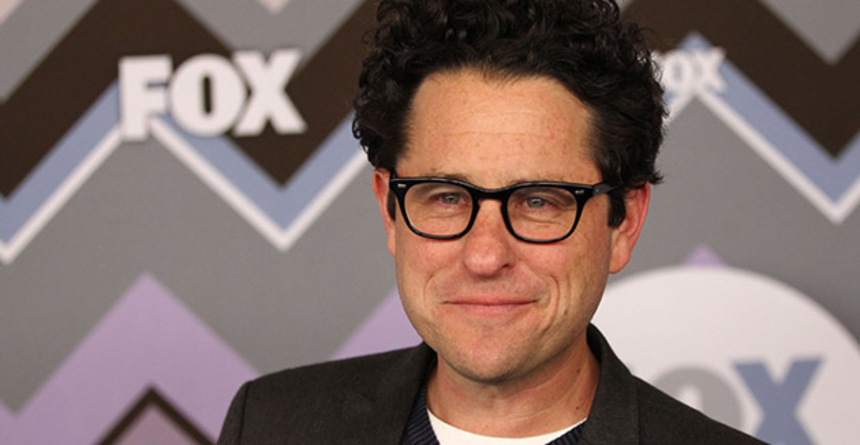 They can remember it for you wholesale, and they do. At some point, we licensed our pop cultural nostalgia to a handful of multinational conglomerates (well, to be fair, they always owned the licenses) and now they're selling them back to us - though, I guess, not at wholesale, but rather at a horrible markup that is tallied in both dollars and broken hearts. The reboot, the prequel-sequel, the Further Installments Of... this train ride has been chugging along for a while, but bouncing around the vapid hall of mirrors of Star Trek Into Darkness, I began to wonder if it isn't time to get off.

We can, appropriately enough, blame The Phantom Menace for all this; appropriately because a) most people blame The Phantom Menace for everything anyway, up to and including the American financial crisis; and b) J.J. Abrams, the director of Star Trek Into Darkness, will next find himself trying to out-Phantom that Menace by way of the yet-untitled Star Wars Episode VII.

I like J.J. Abrams. I do. He's "one of us," if one of us was given the keys to the kingdom and, apparently, no creative oversight whatsoever. He's the most consistent purveyor of "pretty good" movies to work in A-level Hollywood since maybe 1946. I mean, the guy always makes "pretty good" movies. Super 8 was "pretty good." His Star Trek movies have been "pretty good," although Into Darkness is also "pretty worrisome." His Star Wars movie will be "pretty good" - and in the world Star Wars now lives in, where it's not a creative project but a profit center line item in a big Disney spreadsheet, "pretty good" isn't just good enough, it's basically the requirement. "Pretty good" - no more, no less.

In the last decade's epidemic of strip-mining an audience's nostalgia for the pop culture they loved in their youth, The Phantom Menace was Patient Zero. It was cunningly crafted, not to give you something new to like, but to resell you the things you already liked. Leaving aside whatever else you hate about the prequel trilogy, the thing about those films that ultimately bugged me the most was the degree to which it was all just a closed loop. Instead of Darth Vader we got Darth Maul, and instead of Boba Fett we got Jango Fett, and stormtroopers were just clone troopers who hadn't realized they were stormtroopers yet. Very little in the way of wholly new concepts were added to the saga's landscape. (Tatooine - a miscellaneous ball of mud in the Outer Rim whose very unremarkability drives Luke's desire to get away from there in Episode IV - is visited in all three Star Wars prequel films.) The trappings and content of Episodes I, II, and III were - intentionally, mind you - just reflections of the trappings and content of Episodes IV, V, and VI.

This makes a hair of sense from a storytelling perspective, I suppose, but it's the least ambitious and therefore least interesting way to tell a story. The original Star Wars Trilogy - made with relatively limited budget and resources at a time when every fantastical element was a real pain in the ass to put on screen - teased and alluded to a much larger universe beyond its onscreen borders, spurring the imagination of its young audience and creating a million playdates in a million back yards. The Star Wars prequel trilogy - made with hundreds of millions of dollars and a "we can do anything" digital paintbox - teased and alluded to... the original Star Wars Trilogy.

And, as the prequels proved, this is the name of the game. You all claim to hate them, but they made billions - because they were, by definition, irresistible and pre-sold, because you loved the thing they were based on. The raft of prequels, reboots and reborquels that have been popping up ever since aren't here to tell new and innovative stories. They're here to sell you more of your nostalgia; and to do that, they need to tap your familiarity nerve repeatedly to release the endorphins. Skyfall might itself be a terrific movie, but it still needs to land on those final two beats, where M is behind his desk and Moneypenny is behind her desk, because it's 1962 apparently and there are secretaries again, and you and your parents can walk out of the theatres with the rosy glow of having seen the DB-5 rolling down London's streets.

This is Hall of Mirrors filmmaking, where every image only exists in reflection/relation to another image somewhere else, and it reaches its zenith in Star Trek Into Darkness, which is closed-loop storytelling of the highest order. Here we have a film where the entirety of the narrative tension is drawn, not from anything within the film itself, but from the audience's presumed familiarity with Star Trek II: The Wrath of (spoiler!) Khan.

The best example in the film is actually one of the least significant, plotwise: if you didn't know who Carol Marcus is, her presence in Into Darkness would make no sense whatsoever. But you do know who Carol Marcus is, because you've seen The Wrath of Khan... and so her entire non-relationship with Kirk throughout Into Darkness is lent an unearned frisson, so much so that in the final scene in the movie when Kirk greets her on the bridge of the Enterprise, one nearly expects the camera to pan down to reveal a pregnant belly.

In Abrams' 2009 Star Trek film, the constant riffing and recontextualizing of "the way it used to be" was part and parcel of the narrative concept (and the fun). Crazy Eric Bana pulled a Marty McFly on human history and things went down the same, but different, from how Leonard Nimoy remembered them. And so, Uhura and Spock making out on the transporter pad isn't just a cheeky wink at what the audience thinks it knows about the relationships between the Star Trek characters; it's also an affirmation that a New 52 level reboot has taken place, meaning that the rules have changed.

But here comes dark, lumbering Star Trek Into Darkness, whose purpose (among other things) seems to be to affirm that the rules haven't changed much after all. Given a rebooted universe (rebooted, we were told, to clear away all the baggage that four decades of Star Trek continuity brought, which was theoretically keeping away new audiences) and a wide open landscape from which to paint a brand new story, JJ Abrams and his team plunge us right back into the established continuity anyway. Sure, it's a bit different - largely by way of explaining why the Botany Bay would have been found in 2259 instead of 2267 - and it's been amped up to modern blockbuster standards, which mostly means that Khan can leap great distances and beat people up quickly. But basically, given unlimited resources and storytelling potential, the Abrams team dove straight down the nearest, most familiar rabbit hole, and brought back the person they presume to be this franchise's signature villain.

The resulting film is not just using the established continuity of the pre-reboot Star Trek franchise, it's entirely dependent on it, like a critical care patient who can't breathe without a ventilator. It's nowhere near as graceful as its narrative forebear, of course - Star Trek II didn't care much for Roddenberry's ethos, either, but it was such a human story - but Star Trek Into Darkness is a weird and fascinating narrative experiment nonetheless, burying all of a movie's dramatic framework on a DVD that some of your audience might have watched at some point in the last twenty years. It's also as unambitious a "new" piece of this franchise as The Phantom Menace was for the other Star saga.

Which, again, is entirely the point. There's a reason we're besotted by remakes, reboots, and reborquels; there's a reason Dan Aykroyd is still plugging away at Ghostbusters 3, insisting there's an audience for it - because there is. Because there are enough people with enough warm fuzzies about the Ghostbusters that no matter what, if that movie gets made, it's going to make money.

This all has a lot less to do with some sort of creative vacuum in Hollywoodland (although the relationship between blockbuster filmmaking and people like Abrams and Lindelof, who grew up on the same properties the machine is trying to nostalgize, is worth exploring) than the simple blue ocean economics. The system can and will locate and exploit any area of the market that has gone unlocated and unexploited. And given that we are all pre-sold on Star Trek, Star Wars, Indiana Jones, Batman, James Bond, and the rest - I mean, really, is Into Darkness going to be the first Star Trek blu-ray I don't buy? - the economic value of our nostalgia is rich and deep indeed. But boy, "pretty good" filmmaking is getting tiring.