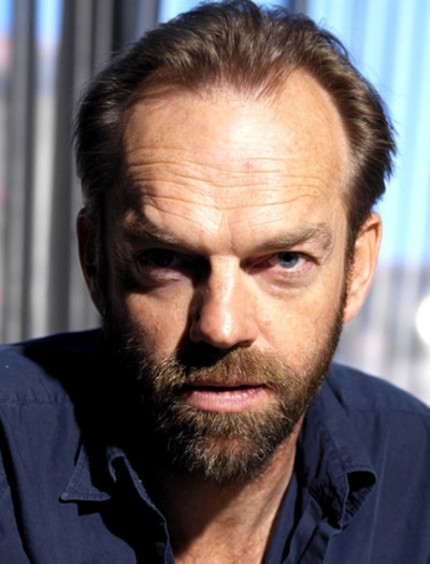 Yeah, let Luc Besson have his drug mule movie. No problem. But the one I really want to see is The Mule, an upcoming Australian effort from the producer of Chopper with first timer Tony Mahony directing from a script by Leigh Whannel and Angus Sampson. Whannel you know from his collaborations with James Wan on Saw and Insidious, while Sampson is best known as an actor (Insidious, 100 Bloody Acres) and is also wearing a few other hats in this one.

But while Sampson may very well end up with an acting part in this one it most certainly will not be as the lead, a part which Deadline reports has just gone to Hugo Weaving, who is typically excellent in these sorts of murky morality stories.

Very little is being said about plot at this point beyond that the story revolves around a drug mule (Weaving) captured by police and the fallout surrounding that event. But with this particular creative team around it, that's all I really need to know.

Do you feel this content is inappropriate or infringes upon your rights? Click here to report it, or see our DMCA policy.
angus sampsonchopperhugo weavinginsidiousleigh whannelsawthe mule

A little Aussie inside knowledge: Whannel and Sampson worked together many years ago on a brilliant Saturday morning music/movie/culture series called 'Recovery'.

It was quite edgy for a show if its type. Whannel did the movie reviews and Sampson spent the whole show in a black balaclava as a character called 'The Enforcer'.

I miss that show.