Xlrator Smuggles THE MULE Into The U.S. For Distro 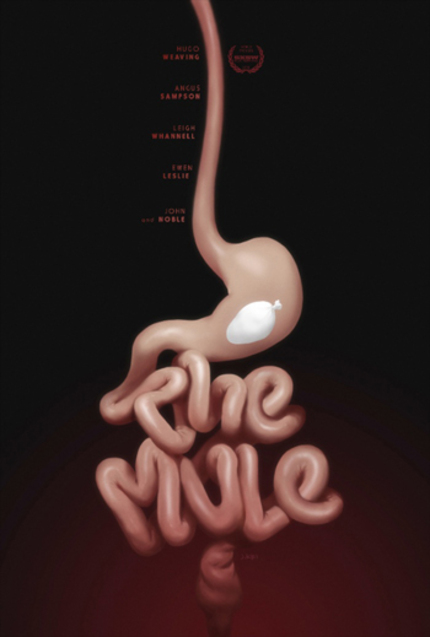 The U.S. rights for the Aussie comedy thriller The Mule have been picked up by Xlrator Media from Entertainment One Films International's newly launched boutique sales arm Séville International. Xlrator will release the film on their 'Macabre' label later this year in the Fall. The film had its World Premiere at SXSW this past Spring.

"Based on true events, THE MULE is the wildest, funniest, most suspenseful thriller I've seen in years," said Barry Gordon. "It was one of the biggest surprises at SXSW and a triumph for actor-writer-director-producer Angus Sampson."
"After the astonishing reception to THE MULE by the fine folk at SXSW, we are thrilled that all of America will soon be able to consume this unique film," said writer/director Angus Sampson. "And it's all thanks to the savvy crew at XLrator Media, eOne, Seville Pictures and Screen Australia for supporting independent and original films. Leigh and I can't wait to share this incredible true story with U.S. audiences."
It's 1983. A naive man with lethal narcotics hidden in his stomach is detained by Australian Federal Police. Alone and afraid, 'the Mule' makes a desperate choice; to defy his bodily functions and withhold the evidence...literally. And by doing so becomes a 'human time-bomb'; dragging cops, criminals and concerned family into his impossible escapade.

The Mule was written by Leigh Whannell (Saw and Insidious) and Angus Sampson. It marks Sampson's debut into feature film making. Both star in the film as well alongside Hugo Weaving, Ewen Leslie, Geoff Morrell, Georgina Haig, Noni Hazlehurst and John Noble. Tony Mahony was the second director for the film and also marks his feature film debut.
Sign-In to Vote
Tweet 0 Submit

Do you feel this content is inappropriate or infringes upon your rights? Click here to report it, or see our DMCA policy.
Hugo WeavingLeigh WhannellThe Mule

I'm glad it's gotten picked up, lord knows it's hard out there these days. However, I don't know that I'd put it on their "Macabre" label, the same imprint as Inbred, Thale, Saturday Morning Massacre, etc... There is no macabre element to the film, it's a gangster story, basically. It's a fine film, but the poster is better than the final product.

To be fair, that poster is better than most films, so it's a high bar.