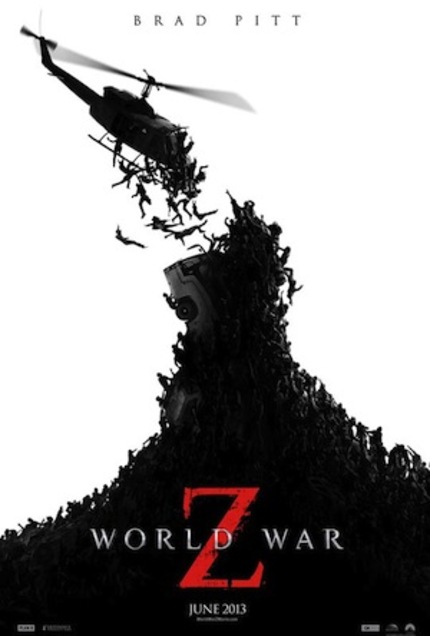 It's been a long, long time coming, but a movie adaptation of Max Brooks' best-selling book World War Z (unsurprisingly with little resemblance to the tome other than its title) is in fact coming. With a June 21st release date in the States, the Brad Pitt starring, Marc Forster helmed Zombie-o-rama gets a new trailer this fine, largely zombie free day, one with a strong emphasis on how to deal (or not deal) with familial relations during the oncoming z-pocalypse, as well as some globe trekking and questing. Yes, it still looks and feels a lot like Spielberg's War Of The Worlds, and sure, that also means production is what you'd expect from a summer studio release right now -- i.e. loud and grim with things flying every which way. But when many of those things are zombies running at Olympic speeds what is there left to do but grin at such chaos.

Take a gander at the trailer below and ask yourself the question, who seems more alive and kicking... the zombies or Brad Pitt?