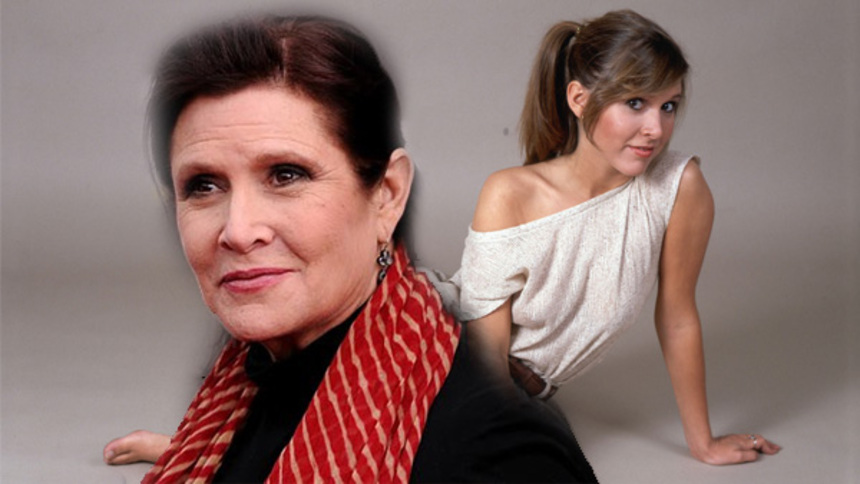 It's becoming less of a surprise, particularly when it became all but assured that Harrison Ford was going to reprise his role, that the other stars from the Original Trilogy would be coming back for one more go with the upcoming Episode 7.

Empire is now reporting: "Though no official pronouncements have been made and deals are apparently still being hammered out in the Mos Eisley Cantina, it's looking ever more likely that Mark Hamill, Harrison Ford and now Carrie Fisher will return to their iconic Star Wars roles"

While speaking to Palm Beach Illustrated (always a font of movie news, no?) she gave her most clear indication yet that, yes, she'll be back on screen.

I'm still convinced these will be bookends to the real tale, doubting that the film will in any serious way revolve around Luke, Leia and Han. Still, it'll be amusing to see the three strap on their costumes for good measure -- as per an oft-repeated comment by Carrie concerning life in a galaxy far, far away, we can hope that suitable foundational garments have subsequently been invented, preventing some of the more gravity-affected elements of aging stars from becoming more distracting than need be.

Update: Well, Carrie's publicist now says "she was joking", and pointing out that nothing official has been announced. Still, it's hard to see her not returning if asked to - more than even Mark and Harrison, she seems the most content with the warts-and-all of her Star Wars-ian past.

Do you feel this content is inappropriate or infringes upon your rights? Click here to report it, or see our DMCA policy.
Carrie FisherEpisode 7Star Wars