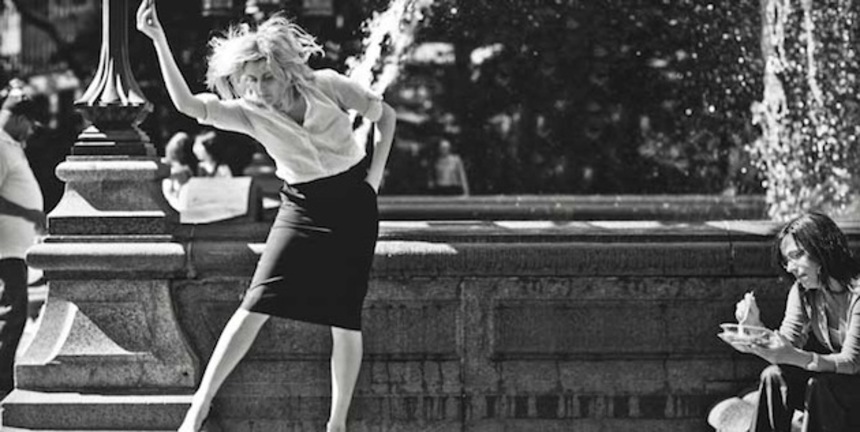 When it played at TIFF last fall, our own Ryland Aldrich had this to say about Noah Baumbach's latest film Frances Ha, starring his newest muse and once Mumblecore stalwart Greta Gerwig:

...this is a very strong character comedy from Baumbach and Gerwig. Comparisons to Lena Dunham's Girls are bound to be frequent. While I'm sure Baumbach would rather distance his work, I tend to think this comparison is actually something that could be successfully embraced. Both works succeed wildly at honestly capturing the current generation. This is a rare quality, and judging by the success of Girls, a quality that audiences are very receptive to.

With a limited release set for May 17th in the U.S., our first true glimpse at the film has arrived today in the form of a snappy, cute trailer. Now while Ryland's comparisons to Dunham's Girls may be apt in a larger cultural sense, I've had little interest in committing to Girls and have every intention of seeing Frances Ha. Perhaps it's because I'm an admirer of Baumbach's particular take on the anxieties and ills of intellectual-types, or maybe it's because I think Gerwig's performance in his film Greenberg is one for the decade. So despite the dangerously tiresome 20-something meandering and sense of quirk that can plague small American films nowadays, when Baumbach does it... well... I am most certainly on board. Check out the trailer below and get back to me in the comments.