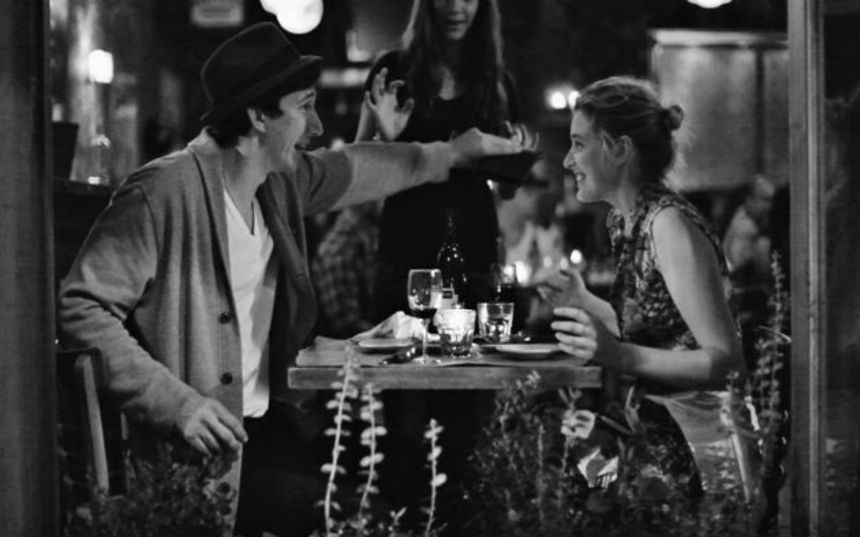 Noah Baumbach has been a polarizing filmmaker since he burst onto the scene with his first high-profile feature, 2005's The Squid and the Whale. Aside from launching Jesse Eisenberg's career, that effort also familiarized the film world with Baumbach's quirky indie voice. While like nails on a chalkboard to some -- see critical reaction to Margot at the Wedding and Greenberg -- Baumbach's minimalist, self-deprecating style has been emulated by many in the years that have followed.

His latest, Frances Ha, is every bit as Baumbachian as his previous work, yet feels somehow more accessible as well, aside, perhaps, from the black-and-white photography, which, at times, evokes early Woody Allen or the French New Wave. It is up for debate whether this is because of Baumbach's maturation as a filmmaker or just because the world has become more familiar with his style. Regardless, Frances Ha is a very enjoyable trip to the cinema.

Co-written by titular it-girl Greta Gerwig, this is every bit her film as much as it is Baumbach's. Frances is a California transplant to NYC (though this element never really sells) who drifts through life alongside her best friend and roommate Sophie (Mickey Sumner). Ostensibly, Frances is a professional dancer who seems relatively unfazed by her inability to get past the understudy position in her company, due mostly to her formidable skills of self-deception. Frances' tenuous existence becomes unmoored when Sophie decides to move out, setting Frances adrift in the big city.

The film is at its best in the moments of situational humor that play out between Frances and her friends in their various New York apartments. Gerwig's chemistry with Sumner, Michael Zegen, and particularly Adam Driver is spectacular. Driver, who stars in HBO's Girls, will cause many to compare the film to that show. Driver's character Miles is actually more likable in Frances Ha, and it's pretty clear he is bound for much bigger things. 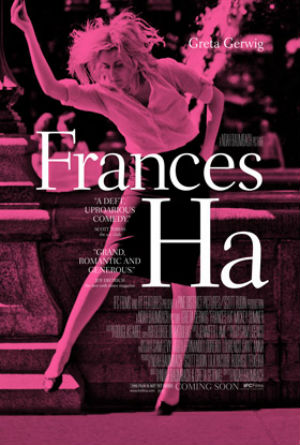 Unfortunately, the "what am I doing with my life?" plot wears a bit thin at times, especially towards the film's conclusion. Frances is totally likable when she is acting neurotic around her friends, but at times her self-deception flares past the bounds of what can be easily tolerated.

This tendency to push characters to annoying extremes seems to be a hallmark of Baumbach's, but it is notable that it rears its ugly head less in Frances Ha than in his previous works. This may be due to his maturing skills, but the fact that Gerwig co-wrote the script likely plays a part as well.

All things considered, this is a very strong character comedy from Baumbach and Gerwig. Comparisons to Lena Dunham's Girls are bound to be frequent. While I'm sure Baumbach would rather distance his work, I tend to think this comparison is actually something that could be successfully embraced. Both works succeed wildly at honestly capturing the current generation.

This is a rare quality, and judging by the success of Girls, a quality to which audiences are drawn. Hopefully, the same destiny awaits the show's spiritual sibling Frances Ha. If audiences can look past the lack of color, they'll find a very satisfying, and yes, colorful, story waiting.

Review originally published in slightly different form during the Toronto International Film Festival in September 2012. Frances Ha opens in limited theatrical release in the U.S. on Friday, May 17. Visit the official U.S. site for more information.