A BAND CALLED DEATH Gets Theatrical Life Via Drafthouse Films 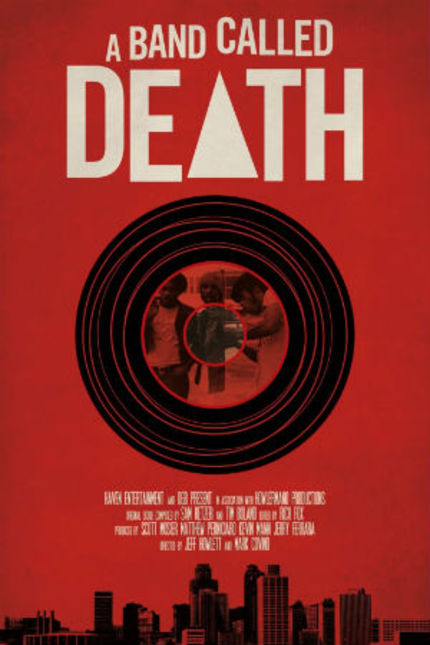 "One of the best music documentaries to come out in years" will hit theaters and the VOD circuit this summer, courtesy of Drafthouse Films, the film distribution arm of the Alamo Drafthouse Cinema.

The quote above is from our own Lainna Fader's review of the film when it enjoyed its world premiere at the Los Angeles Film Festival last summer. We'll let Lainna explain further:


In the early 1970s, three teenage African American brothers -- David, Bobby, and Dannis Hackney -- formed a band called Death and played "hard-drivin' rock & roll"-- really, a precursor to punk rock, pre-dating pioneering black punk band Bad Brains by about five years -- across their hometown of Detroit. They didn't get far -- their only single rarely got airplay and the unreleased master tapes for their debut album sat unheard in a dusty attic in Detroit for nearly thirty-five years.

A Band Called Death, directed by Mark Covino and Jeff Howlett, chronicles the Hackney brothers' story, from their early years playing instruments purchased with a family insurance settlement in a cramped room in their parents' house to the band's rediscovery and eventual revival several decades after the band called it quits. It's a story about family, faith, and a commitment to a singular divinely inspired artistic vision--one that took the world over thirty years to appreciate.

You can read the review in its entirety right here. Lainna also interviewed directors Mark Covino and Jeff Howlett.

A Band Called Death will screen at SXSW in March ahead of its theatrical and Video On Demand release this summer.