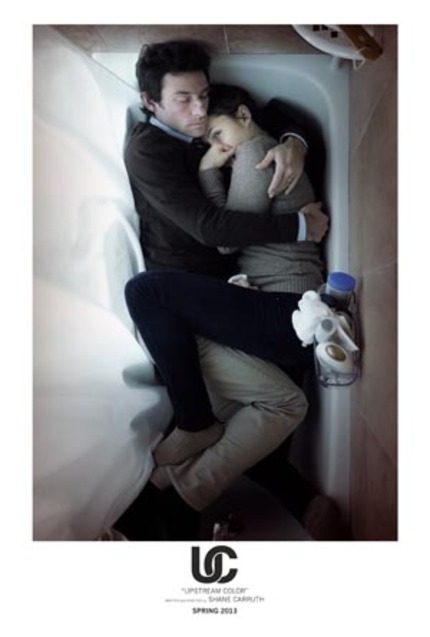 One of the most anticipated and most enigmatic movies at Sundance this year is Shane Carruth's long awaited follow-up to his Sundance 2004 hit Primer. Upstream Color stars Amy Seimetz alongside Carruth. We've got the full theatrical trailer for you now and what we can tell is that it might have something to do with the water system.

What's perhaps even more interesting about the film for those who watch these sort of things, is that Carruth and company at ERBP have already decided to self-distribute the film. The film will open in New York on April 5 with plans to expand to 20 markets and VOD from there. It seems like a rather bold decision based on the film's inclusion in the Sundance US Dramatic Competition to not at least take it for a spin on the sales block before releasing it themselves. We are looking forward to more information on this decision in the near future and certainly wish them the best.

Do you feel this content is inappropriate or infringes upon your rights? Click here to report it, or see our DMCA policy.
IndieSelf-distributionSundanceSundance 2013Shane CarruthAmy SeimetzAndrew SensenigThiago MartinsDramaSci-Fi