New To Netflix: ScreenAnarchy Picks The Best Of The New Stuff

Kurt Halfyard
Contributing Writer; Toronto, Canada (@triflic)
Sign-In to Vote
Tweet Post Submit
Welcome to a brand new column highlighting, well, what is New To Netflix.  Not that we are actually new to Netflix, we're just happy, able, willing to help you find out what kind of 'Twitch-y' material is coming to the big red virtual envelope in the streaming-room.
Because the company operates in many territories outside of the US, and we try to cater to everyone we can, we are going to not just highlight a few films every week that are arrive to Netflix streaming service offered in the United States but also Canada and the UK. 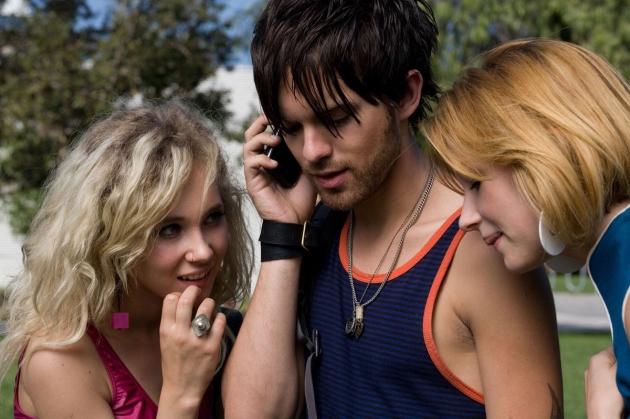 New In The USA: Kaboom

Otherwise, the flat, though colourful, look of the film, its refusal to take anything too serious, or spend too much effort on story or character, leave the film fitfully entertaining but rather stuck in the middle of the directors C.V. It is half-way between the stoner classic Smiley Face, and his more narcissistic-hubris laden debut The Doom Generation. I was a bit reticent to fully embrace this film at first, but it has really grown on me in the time since, give it a whirl with an open mind and throw all seriousness out the window.

An ambitious step forward in filmmaking, for director/writer/star Shane Carruth at both a craft level - the film is easily the most gorgeous thing I've seen this year - but also in terms of thematic weight and execution of ideas.

In the case of its lead characters Jeff and Kris, there are scenes where they talk over one another into a jumbled dialogue that calls attention to the fact that any narrative communication in the film is with pictures not with words. The couple have unexplained shared memories, as if we are all strands in society, pockets of cultural experience which become conscious or unconscious touchstones are all shared memories in a fashion. Upstream Color is definitely going after the kind of modern malaise that echos, for me, Todd Hayne's magnificently off-kilter masterpiece, Safe and underscored by the inclusion of Thoreau's Walden and a Solaris-esque soundtrack.

Already known for its baffling ideas and splitting audiences, if you like science fiction or the mysterious qualities of human connection, you are going to want to check this out. (Bonus for you yanks, it's also available on Netflix US.)

New In the UK: The Rocketeer

After Joe Johnston worked as visual effects and art director on so many Steven Spielberg films but before he directed his nostalgic Americana via Captain America: The First Avenger, he made what is, to me anyway, the best live-action Disney movie ever made. 1991's The Rocketeer is a pulp, old-fashioned adventure yarn which is also a reflection on Hollywood in the 1940s, Nazi plots and dirt-under-the-fingernails aviation enthusiasts.

It has a handsome hero, several Oscar winners including curvy Jennifer Connelly and charming Alan Arkin, a former James Bond in the villain role, and just for kicks Howard Hughes. Made on the cusp of digital effects, the film is one of the last (along with its polar opposite, Paul Verhoeven's not-nostalgic, decidedly satiric and totally violent Total Recall) to do everything the practical, in-camera way and as such, is nostalgic on yet another level. It's too charming for words, so if you haven't seen it, check it out.

Do you feel this content is inappropriate or infringes upon your rights? Click here to report it, or see our DMCA policy.
kaboomnew on netflixthe rocketeerupstream color