A staple of the New York Film scene, New Directors/New Films rolls out this year's selections from March 20th - 31st at The Film Society of Lincoln Center and MoMA. Dustin Chang, our senior contributor from the Five Burroughs, offers up an idea of what we can expect from ND/NF this year with the following eight film preview -- Ben Umstead, East Coast Editor 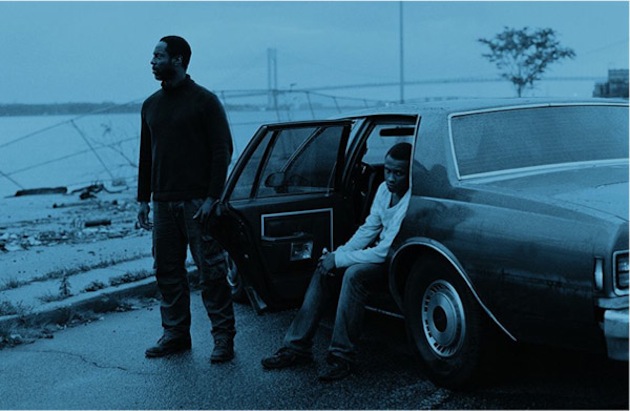 Amid renewed conviction for gun control in the United States after the New Town shooting, Blue Caprice timely revisits the Beltway Sniper case, which happened more than a decade ago. The terrifying, indiscriminate killing spree perpetrated by John Allen Muhammad and Lee Malvo left an indelible mark on the American Psyche, already battered by 9/11 and the Invasion of Iraq.

This slim, understated thriller is an impressive debut from Alexandre Moors, a New York based filmmaker. Even though it's carefully orchestrated - from brooding cinematography and score to deliberately muted acts of violence, the film still manages to leave enough breathing room for the audience to connect the dots for themselves. And the acting is superb: Isaiah Washington is mesmerizing as a former army man progressively disgruntled at the unfair world, and Tequan Richmond is a revelation as an impressionable 16-year old who desperately wants a father figure. Blue Caprice doesn't give you any satisfying answers. It just accurately reflects on the complicated world we are living in. 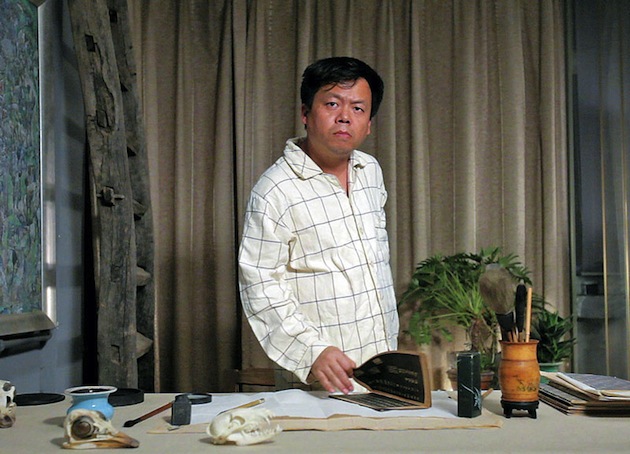 Li Luo freely interprets from the Ming Dynasty classic literature The Way to the West (chapters 9 to 11). Emperor Visits the Hell is a straight-faced farce that is the barest of bare-bone filmmaking. The setting is transformed into modern day China and all the frumpy actors look and talk like regular people. The story goes like this: The Dragon King upsets the heavens when he bets against the heaven's will. Despite the emperor's intervention, the Dragon King is executed (off screen). Now the ghosts (in no disguises or special effects) including the Dragon King are haunting the emperor, so he has to visit the underworld and pay off each ghost to stop bothering him. Emperor Visits the Hell is a loose, playful movie that is reminiscent of the works of Apichatpong Weerasethakul and Miguel Gomes's winsome film, Tabu. 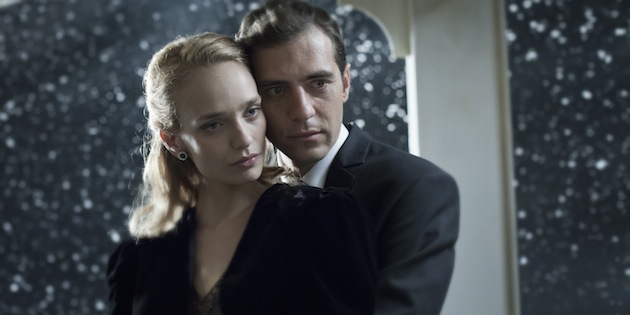 THE COLOR OF THE CHAMELEON

Batko (Ruscen Vidinliev) has been a compulsive liar and masturbator since a young age, so no wonder he was recruited by the Bulgarian secret police to spy on the rogue elements in college -- thus starts this slick, sexy Bulgarian political satire. It has a lot of ins and outs and many laughs. But The Color of Chameleon comes across as too clever for its own good most of the time. 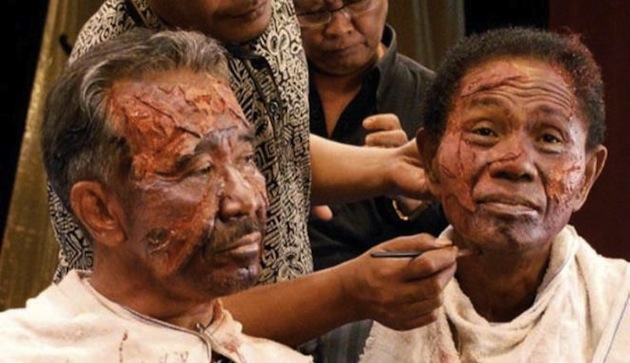 THE ACT OF KILLING

Crazy. The Act of Killing stars former paramilitary gangsters in Indonesia (preman they are called, from English words free man), who carried out killing an estimated one million people accused of being Communists in the years 1965-66. It's quite unfathomable by Western standards: killers are roaming proudly, telling people their grand, detailed stories, even on TV talk shows. It's the winners who write history. For losers, there isn't anyone left to voice their oppositions -- as one of the gang members proudly claims, "because we exterminated them all". Director Joshua Oppenheimer asks one such gangster, the lean, flamboyant Anwar Congo if he can reenact killings in front of the camera. Without any irony or shame, Anwar goes along with it in detail with his fat sidekick compatriot Herman in tow. But as Anwar goes through the garish movie- making business (complete with dancing girls and waterfalls and John Barry's 'Born Free' playing in the background), his conscience starts to catch up with him. He admits having nightmares of haunting ghosts of the people he killed.

The Act of Killing might be the most powerful and cathartic documentary I've ever seen. It's no wonder Werner Herzog and Errol Morris got involved in executive producing it. The credit sequence of The Act of Killing is riddled with 'Anonymous' from co-director down: the political situation in Indonesia is still too dangerous for many people who are involved. It's certainly one of the year's best films. DO NOT MISS THIS FILM. 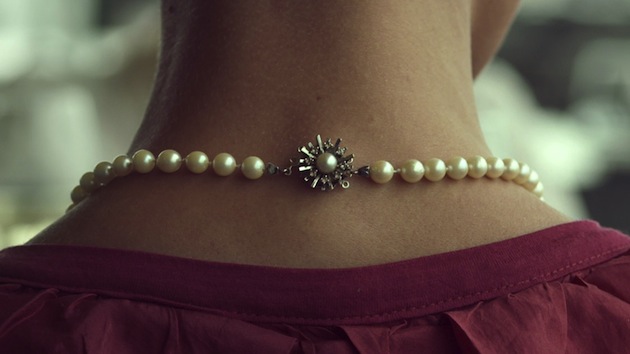 European cinema is very much alive. Daniel Hoesl, a member of a group known as A European Film Conspiracy directs a film borne out of the casting process without a script and the result is an intriguing, slim film about being free of the materialistic world. There is no soldier name Jeannette, only Fanni (Johanna Orsini-Rosenberg), a lightly sketched character who might be a leader of a movement in the making. I'd love to know more about this EFC group.

Intricately designed and immaculately executed, Upstream Color is an impressive, seductive film that draws you right in from the first frame. It involves brain washing through some earthy pharmatropix that is reminiscence of early Cronenberg (but non of his cheekiness) and Walden without any socio-political implications. But is there anything more than its slick pictures, hypnotic pacing and decidedly opaque narrative? Only you can decide for yourself and it's definitely worth the trip.

It is safe to say that Shane Carruth is a real renaissance man: he wrote, directed, co-edited, starred in and composed the score for Upstream Color. He is also distributing it himself.

On her third feature outing, Canadian actor/director Sarah Polley continues her close examination of human relationships: this time, her own family. It's not a Rashomon-ish tale as they market it to be. Through candid interviews of her extended family and friends, home movie footage and reenactments shot on Super-8, Polley tells us about the family secret that her mother, Diane, took to her grave: who was Polley's biological father? The documentary deconstructs the marriage of her loving but severely mismatched parents (her mother an extreme extrovert and her father the opposite). After Diane's untimely death (cancer), it was always a family dinner table joke how little Sarah didn't look like her father or her siblings. Polley keeps most of the melodrama at bay and gives the film a lot of warmth and humor. It's a lovely documentary if not a little too ordinary. But I guess that's the point. 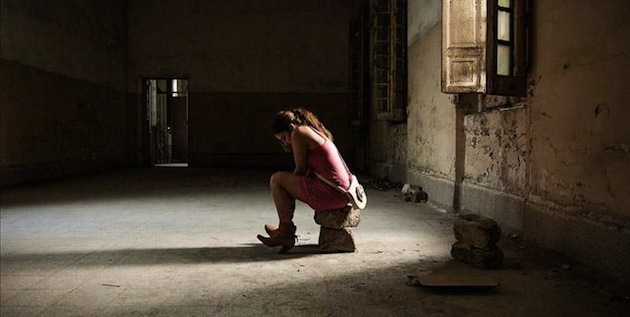 Salvatore (Alessio Gallo) is a chubby 17-year old kid who sells lemon ice in the neighborhood. He somehow gets called in by a local gang. His mission is to keep an eye on a spirited, 15-year old girl, Veronica (Francesca Riso), in an abandoned old building compound. She did something wrong and is being imprisoned against her will and is waiting for her fate which will be decided by a local honcho that night. So begins a simple, lovely, one-day-in-the-lives-of, coming-of-age story deeply rooted in the neo-realist filmmaking. Without any music or gimmickry, Leonardo di Costanzo quietly observes two young leads. Gallo and Riso are great -- at first putting on airs and acting stand off-ish, then recoiling back to their normal kid selves. The Interval is a beautiful, subtle and touching film.

For the full lineup and tickets, please visit newdirectors.org. And in the coming days look for full reviews of films from this year's ND/NF selection by Christopher Bourne.

----
Dustin Chang is a freelance writer. His musings and opinions on the world can be found at www.dustinchang.com

Do you feel this content is inappropriate or infringes upon your rights? Click here to report it, or see our DMCA policy.
blue capricend/nfnew directors new filmsthe act of killingUpstream ColorShane CarruthAmy SeimetzAndrew SensenigThiago MartinsDramaSci-Fi