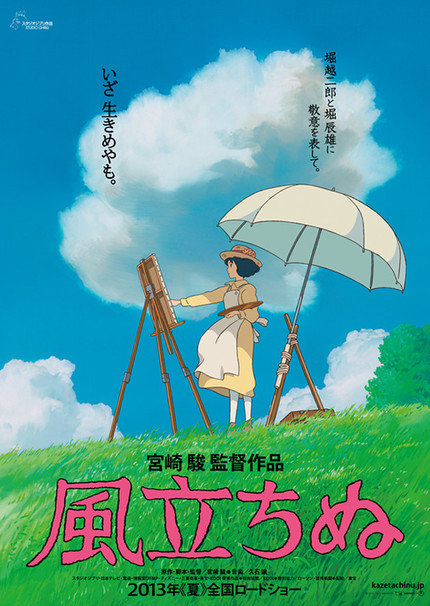 Though people have known it was coming for a while now Studio Ghibli have made it official, formally announcing Miyazaki Hayao's The Wind Rises (Kaze Tachinu) while also unveiling the first poster art.

Based on his own screenplay - which is, in turn, based on his original manga of the same name - The Wind Rises touches on the life of Horikoshi Jiro, designer of Japan's Mitsubishi A6M Zero fighter plane, widely used in World War II.

Frequent collaborator Hisaishi Jo will return to compose the music.